What's Next On My List? Star Wars Episode IV-V-VI

January is my Star Wars month. Every year we take my dad to see the new movies after Christmas, and it was in this period that I started binge watching Star Wars Rebels, and after each movie I feel the need to re-watch all six previous episodes. This was fueled in me after I saw Rogue One, because the amount of accuracy they put in that prequel still amazes me. I made no secret of the fact that I enjoy the prequels as well, I don't want to get into it here, you can read my reviews here, but for now I decided to write about this beloved classic because I am not alone in feeling that it is one of the most influential things in my life.


A New Hope, The Empire Strikes Back, Return of The Jedi 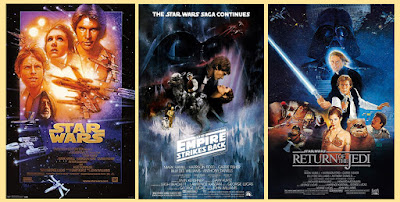 I don't want to go into long plot summaries, since most of you know what they are about, and if you don't, you don't want me to spoil it for you in detail, trust me. There is an empire that feeds off of its people, and a restless rebellion manages to get a hold of two great pilots, Luke Skywalker, and Han Solo, and with their combined help, they manage to get the upper hand for a while. Luke must train to become a Jedi, and their link to the rebellion, Princess Leia, ends up being the most important thing in the life of the two. 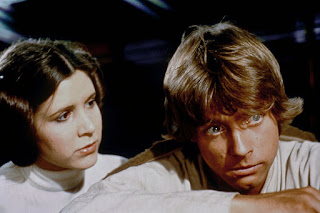 When I was tiny I saw the original trilogy, but not much stuck with me, I was too young obviously, until the prequels came out - got me in the mood -, and I spent a whole Sunday just watching them, one after the other. And here I have to admit, that I add a new layer of interpretation every time I put them on and watch them. I noticed, even back then for example, all the new CGI things they added on the DVD version and I was not very happy about it... the best thing this movie has done was construct everything by hand, without any green-screens and I was really mad that I kept seeing Lucas go back and ruin things... I am 100% sure that if he had the technology back then to make this movie they way he wanted with the CGI it would not have gained the following that it did. For that reason, I have noticed that I enjoy everything Star Wars related, that was not written by George Lucas. And this is important, because the original trilogy was not all directed by him. This feature is something they also kept in the newest trilogy and I am very grateful for that. 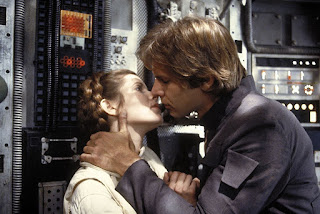 When it comes to the originals, I need to re-watch them simply because I do want to be in a galaxy far far away. These movies gave me something that I have long lost in real life, in a political sense: hope. You see, every story plays with the definition of good and evil, and especially the new series highlights how not everything is black and white, but I have found that to be one of the most important things in the original as well. Just look at Han: his motivations are quite questionable, even if he is a good boy, he wants to be desperately bad (something that the extended universe has a filled day with). Not to mention my last and favorite scene from Return of The Jedi, where Luke, who was not supposed to be blinded by his feelings, yells out "NEVER!" at the thought of losing his sister, and just, quite literally, beats the shit out of Darth Vader. If that was not anger, I don't know what is. He is supposed to be the epitome of what a Jedi can accomplish, yet all of his decision, from losing Ben Kenobi, to leaving his training, to then defeating the Sith (and almost trying to kill his nephew...) were all moves that were fueled by emotions. Positive, or negative, you can debate me, but I find that these movies made it clear already that there is more than just light or dark side. 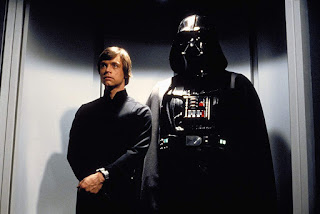 If I have to be completely honest though, despite the fact that I find Darth Vader to be one of the best designed villains of all time, and that Luke is the ultimate fairy tale hero, the reason I go back to the movies always is the love story. Romantic stories are either boringly straightforward, or trying to hard to be deeper than needed. On the one hand, Leia and Han's relationship is so simple and honest, that it always reminds me that there is hope for good writing out there yet. There is no need to confessions every five seconds, but there is need for trust, and embrace. I like that in the midst of the action there was no need to keep winking out to the audience to make sure they are on board with what is happening! (I find that perhaps that is one of the main reasons people had issues with the prequel trilogy, as the audience was treated like children.) And talking about love, Luke's wish to save his father was truly embracing as well. The fact that he tried to kill him, well... if my father threatened my sister, I don't know what I would do either. But despite it all, even in his rage, I do not think he ever gave up hope. 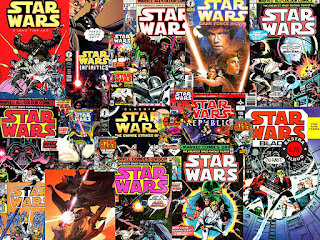 The Skywalkers are quite important for the galaxy, of course, but I didn't mind the fact that we are told that they are crucial to the story. And by this I mean, that when you have movies about war, the main character is a nobody, and we have to care, that he is dying, that he lost his family, that there is a war that he does not want to be a part of, bla-bla-bla. Same way, if you think about major stories, like Harry Potter, The Hunger Games and such, you have a main character who does not want to be the main character: accepting their role in a larger picture is part of the story. Here, on the other hand, it's like, "Hey Luke, you wanna go on an adventure? Sure!", and he did. These three movies tell a great story, no matter if they are based on folk tale/mythology, because they elevated it enough to build a whole universe around them. Comic books, books, stand alone films, cartoons, prequels, sequels, and any and all mediums you can think of for story telling. We try desperately to bring closer to us this galaxy that is so far far away. I for one enjoy those stories that give me more about Leia and Han, but understandably, there is far more out there then this family, and that is what Star Wars Rebels, games of the old Republic, comics and now the new trilogy series is emphasizing, very successfully, I might add.

Watch them? You mean, should you put them in right now and re-watch them all? Heck yeah! Make January your Star Wars month too! And don't forget that the last episode of the trilogy is coming this year - I am blown away. I still remember the day Disney bought Lucasarts (I even wrote about it, click here to read!), and looking at how much we were given... I am blessed to be alive to see it. And re-see it again and again.