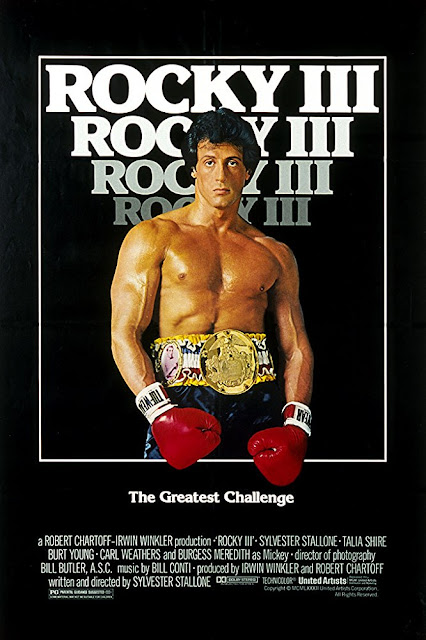 Third installment of the iconic story of an underdog boxer who went the distance. In the third installment he is challenged by someone who had quite a different upbringing than he did, and after being defeated, Rocky turns to Apollo Creed to mentor him, as his coach passes away during his fight. 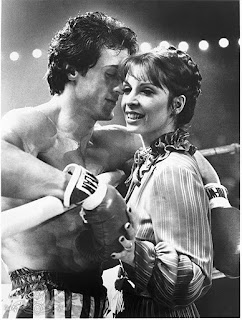 This was a very different Rocky than I was used to so far, and I wanted to understand why. Talking about with my sister she said that I am thinking too much into it, but to me the fact that all of these movies were written by Stallone means that he knows very well what he wanted to do with his character. His coach tells him that he has become "civilized", the worst thing that could happen to an athlete, and I am even willing to buy the fact that having money, which he invested properly (unlike in the second movie), he could educate himself, he could read and learn and invest in his brain. His father always told him that his body was the only thing he had going for him, but we saw he wasn't really stupid, he just lacked education. Now, OK, I am willing to buy this major and noticeable shift, on his side, but when it comes to Adrian, I just don't get it... She was introverted and shy, really shy. Her transformation into this super sexy super mom with the coolest outfits the 80s can offer was kinda weird. Hers was not a question of education, she was just shy. That is one of the main reasons she preferred watching Rocky's fights from home, or backstage, instead of the first row. 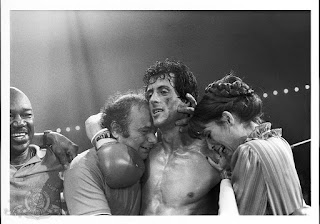 Now, I welcome this change, because there was a clear evolution of these characters as there was a kind of change in the social class they belonged to. To showcase this we had Paulie, who did not really change, actually, who kind of went backwards from movie two, but his main mission was just to be a reminder of how long they came, at least to me.
Having discussed the differences, the story is what you would expect: against all odds, Rocky defeats his new rival, someone, who pities fools, by the way. He succeeds with the help of Apollo, as their boxing style is quite different than what Rocky was taught. Going back to the beginning, he decides to face his biggest fear: losing everything he worked for, fearing he isn't enough. But Adrian convinces him that his faith shouldn't tremble. Just because his old coach protected him, doesn't mean he cannot win.

"- Can I talk to you? I wanna ask you something important, and I want you to tell me the truth.
- What?
- Why'd you come here?
- I just don't want it no more.
- If it's over because you want it to be over, I'm glad.
-  I do.
- It's just... you never quit anything since I known you.
- I don't know what you want me to say. I mean, what happened? How did everything that was so good get so bad?
- What's so bad? Tell me, what?
- I wrecked everything by not thinking for myself. I mean, why couldn't Mickey tell me where I really at right from the start? He didn't have to carry me and lie to me and make me think I was better than I really was when I wasn't."

Watch it? It is quite different than the first two, but it follows the same pattern in story telling and the whole original cast returned, which became quite rare by the 90s (and a must past 2010). This is a huge franchise, you all know it, and there were still stories that Balboa had to tell. Not my personal favorite out of the series, but a good movie nonetheless, with some great dialogue.