The past weeks as you know I have been reviewing old movies that have a special meaning to me. This one is a bit out of the box, considering the kind of movies that I have covered on the blog in the past years, but as far as family movies are concerned, it is my absolute favorite and you will see why in a second. 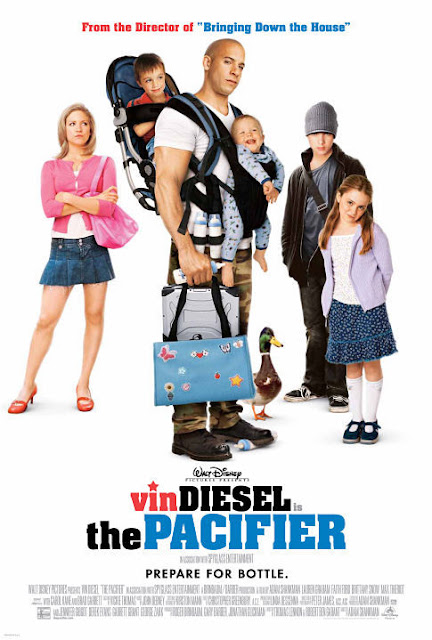 An agent by the name of Shane Wolfe is surprised and attacked while overseeing the protection of an inventor by the name of Howard Plummer. After losing Plummer, he is delegated to protect his family, as the man after him still seek information that might be hidden in his home. In order to blend in, he becomes the nanny of the family, a job which he grows to like as he bonds with this family. In the end, he alone cannot take down the bad guys, but the children are not about to lose another important member of their family. 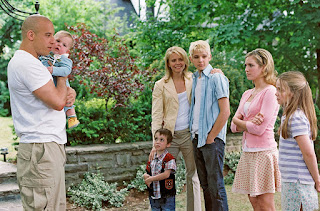 I am not a fan of toilet humor and the fact is that I am pissed at all of the movies that try to convey that that is the only means of inter-cultural humor available. We know this kind of gimmick of course: a grown man in trouble of taking care of children? A super-nanny? Unlikely adventures of an otherwise boring family? We have seen it all, so I am not so much concerned with how original the story is, but more about the ways they decided to make this different. And after all, it was these tiny but very important details that made the movie so much better. First of all, the girls in this movie are kick-ass! They do not need no man to save them, so much so that the expert private agent needs their help in order to win in the end. 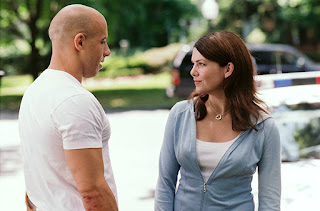 Second, there is no unnecessary toilet humor. A children's movie is the perfect opportunity to have some disgusting misplaced diaper jokes, but the movie didn't go there. The maximum was a baloney with some mustard. And finally, every single character is likable. The children have personalities, and they are age appropriate, and the way they all warm up to Shane was simply logical. There are a couple of twists and I never saw it coming, they mislead me (okay, I was 14, but nonetheless, the twists worked), and I just genuinely like to re-watch this movie. I think it fell under the radar because it was not meant for a wide audience, I would more like to deem it a 'made for TV movie', but out of those this is still a gem in the rough for me.

Watch it? I think it is perfect for a family night of fun, with a bunch of actors you all know and love today. As I said, it is not the most original story in the history of cinema, but that was not their intent. They wanted a big actor like Vin Diesel doing silly things, and the things he does are indeed cute and silly. But the reason this movie is good, is that him being big and comical is not the only thing that is has going for itself.