What's Next On My List? Something To Talk About

When I decided which movies to review in the next coming weeks, I wished for them to be movies that mean something to me. One of those is the film that made Julia Roberts one of my favorite actresses of all time.

"- What is dignified about kicking somebody in the balls?
- Well, I feel better."

Something To Talk About 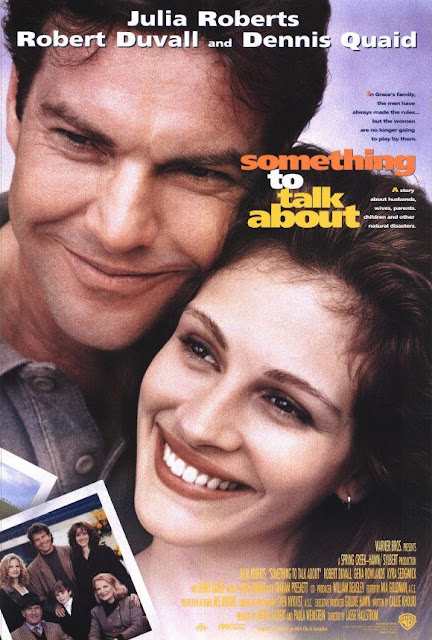 When Grace finds out that her husband Eddie has been cheating on her, she decides to move back home with her little girl. Her father, known for putting his business ahead of his family, forces her to just swallow what happened in order to not ruin his name. His behavior shows his daughters that he is not the man they thought he was, and maybe their mom is a pushover... it is their daughters courage to stand up for themselves that make their mom stand up for herself as well. 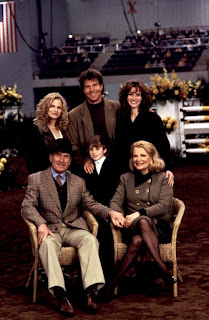 I re-watch this movie quite often, as I find new layers and new lessons to learn each time. I think I was too little to understand the story at the time, but now, as I having had experiences with cheating, I find that out of the the stories out there that dealt with it, this is possibly the best. First of all, the one thing I think is the psychological aspect of stepping out on somebody: the story focused on the simple fact that lack of communication can lead to distance, which in a marriage can be particularly deadly. I do not condone his actions of course, but there is one scene where he and Grace talk about how intimacy has been dead between them, and that happened without them even noticing. In a following scene, however, he promises to her that he will tell her before things get out of hand again. I do believe that if you are aware of a problem you should face it. I find that there are relationships that are worth saving, and when Grace's sister tells Eddie that one day maybe they will make great grown ups. These two met when they were too young to understand that relationships need to be worked on, but it was not too late as their love for their daughter kept them close to each other. To me, every time, I am moved that Grace finds that no matter what happens, she will not eat shit with a fork and spoon. Her daughter, even if she is hurt by having to spend time without her father, should not be shown that her mother stood by when somebody was betraying her.

Watch it? I think it is truly a great movie and I like the idea that we are not doomed to repeat the mistakes of our parents if we stand up. It might be a small thing, it might be a big thing, it does not matter. Our parents were thought differently than us, and as time changes, so do we. Many times nobody is left to blame, but one cannot pretend that something is OK if they don't feel that way truly. I love this movie because it taught me both hope and caring, and most importantly, that some toxic people can be within our own family and we are not forced to take shit from anyone.