Back when I was a tiny little girl, there was an action movie that made me feel powerful, that made me want to kickass, that made me wish I was the strongest woman alive and I could take down bad guys, and that movie was none other than: 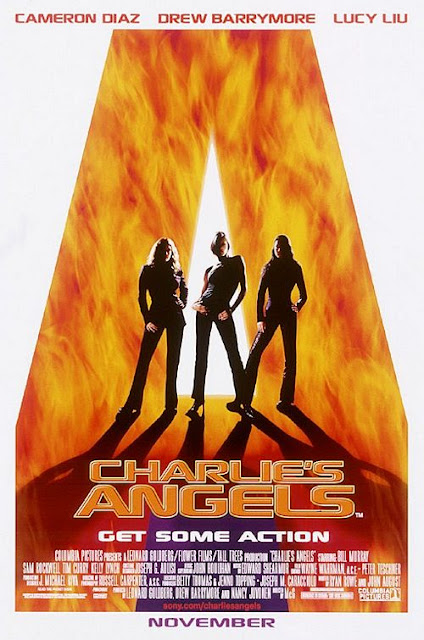 Three girls, Natalie, Dylan and Alex, working for a man known only has Charlie, need to save a man, who turns out to be the villain all along. The girls realize that they have been tricked and use their own resources to make sure that the man who made them the angels, and helped them find each other all those many years ago stays alive. 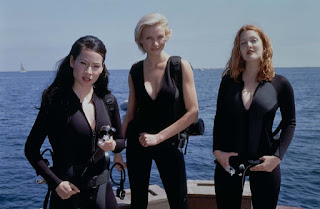 I do not get the criticism these movies receive, up to today I wished they would have made a trilogy, because I loved this casting, the jokes, the stories, the twist especially, and this was the movie where I got to know Sam Rockwell, one of the best actors I know. Yes, the movie is misogynistic, yes, it degrades women sometimes, but... take a f*cking closer look: They abuse the fact that women are perceived as sex objects, and when they do attack, you do not see it coming. They might not mind the fact that they are perceived as they are, because it also keeps them undercover, able to blend in, which as the investigators and sort of agents as they are, is quite crucial. You do not make fun of the original series from the 70s, and these movies paid homage to the original, something the new TV show from 2011 did not do, nor do I feel like the new movie will either, but I do not want to judge in advance. And then the second movie came out: 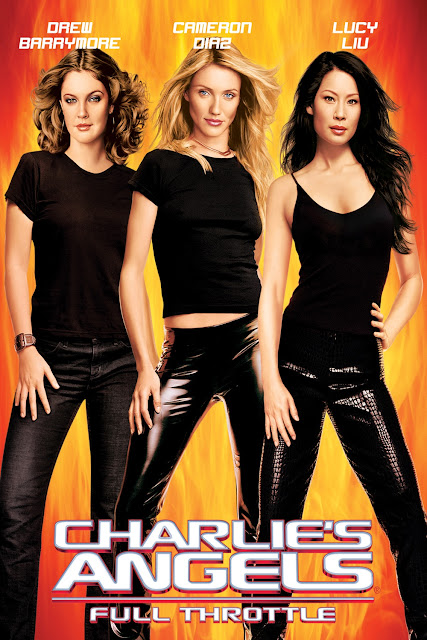 The girls are asked to recover two rings, which, when put together give out the list of people who are hidden in witness protection. Way too many people are interested in finding this list, and the villain decides to sell it to the best bidder, but the girls are shocked when they find out who was behind it all. 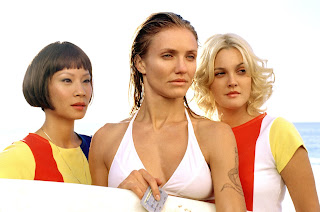 I have to be honest with you here, not only is this one of the best sequels I have ever seen, but it is definitely one of my favorite movies. When it comes to criticism, I have to go back to my arguments on the first one: the movie knows its audience, in my opinion, because they gave me exactly what I wanted to see. First, this gave me Justin Theroux, who is another national treasure, second beautiful women using what they have to fight another day. They are kickass again, I do not know how to explain it, I am trying to come up with all the things I can to help you understand, even if I am not being very argumentative... I understand that I have nostalgia goggles, but I have just recently re-watched them and I need to say that I was still mesmerized by the layers in it. The movie managed to show three story arcs, from A all the way to Z, with a good villain, several twists and jokes to tell the story. I don't... I really do not understand the criticism, I just looked at the rating on imdb and my question is... what do you expect from these movies? 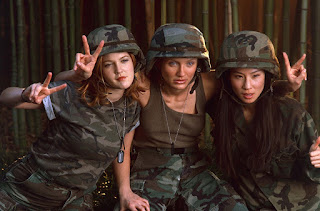 You would be disappointed if it weren't sexy women. You would be disappointed if they did not kick ass. You would surely also be disappointed if they had some other feminist agenda to shove into your face, but don't you get it? Those last two things are connected! If you make them into completely dumb bimbos, they will not be kickass... Think of you being the writer who has to modernize something but still keep enough elements to know that you are looking at essentially the same thing! How would you go about it? The movie dares to ask questions that the TV show never did, specifically regarding to Charlie's identity. Setting it up in a new modern society will require changes, and you can disagree with me, but I think these movies made the perfect changes for 2000 and 2003. And I hope it is in this moment you realize that there is a huge difference between what we in 2018 expect of our leading women, and what we did at what was essentially still the end of the 90s.

Watch them? I am sure you already have, but I think this is the time to re-watch them. I will always love these movies, no matter what happens and I will not, for the life of me understand why people do not like them...