I have reviewed a couple of TV shows before, and it was mostly things that have already ended or got canceled for various reasons. This show has already appeared on one of my lists, 20 TV Shows I Wish Had One More Season, but I thought I would talk about it in detail because I a still not over it. 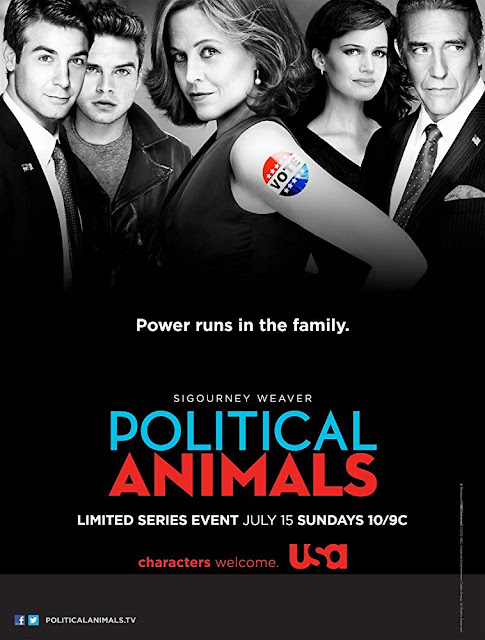 It is the story of the secretary of state, former First Lady, who decides to run against her own party in two years, and the problems this causes in the life of her two sons and her ex husband. 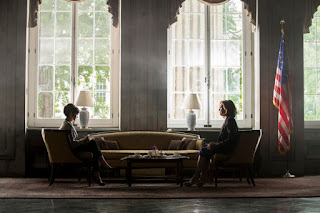 I remember that after The West Wing ended I was empty, but I'm sure I wasn't alone, most of us have that one show that defines us, that makes all other shows in comparison just blend and uninteresting. For me this show was the first, and up to this point, the only one that compared to that Washington feeling that The West Wing gave me when I saw its seven seasons. Now, I was very sad when it got canceled, there was a cliffhanger of course, but it also wrapped up in many ways, so the six episodes alone are still wonderful to watch and re-watch. It is essentially a long movie, mini-series, but I do wish there was more. This was the show where I fell in love with Sigourney Weaver, and her character portrays how politics is still very much a male driven game, even when clearly there are far more qualified people out there. While seeing the show, or reading my review, you will have noticed the similarities in the life of the Clinton's and the show... But, it is a great story, isn't it? 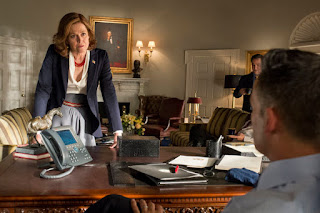 I'm sure more people would have been interested in the life of the Clinton's, and from experience I can say that having a parent who is a workaholic, no matter how good they are at what they do, it will always come back on the children. I loved how the children in this show were already grown ups and we got to see how being the first family is not always as glorious as one might assume it is... being the children of the president bears a lot of responsibility too. I enjoyed very much how it was not just about the politics. The story set up the base very well and it built on it: Washington is not the only place in the world, and every character, in just the span of six episodes, comes to face their own worst fears and come out on the other side of it.

I highly recommend it to anyone who: is a Weaver fan; likes political shows; enjoys historical fiction; likes drama :D and finally, to anyone who wants to enjoy a quality TV show that has a beginning, a middle and an end. This is one of the good ones!