What's Next On My List? Catch Me If You Can

I still remember the day I saw this movie: we were at a little open cinema by lake Balaton, and I remember that I was in awe. I believe that was the day I kind of grew up, and by that I mean that I developed a new kind of appreciation for movies, and I wished to see stories that were more intriguing with real moral values.


Catch Me If You Can 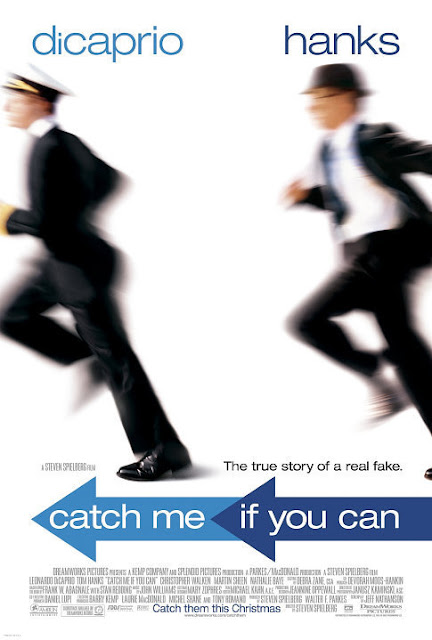 Frank Abagnale Jr. runs away from home when his parents are getting a divorce, and he puts all he learned from his conman father to use in order to take care of himself. He cheats and lies his way into high end jobs that procure him enough money to run away from the FBI as long as he can, however, one agent, Carl Hanratty, decides that he will not stop until he is brought to justice. 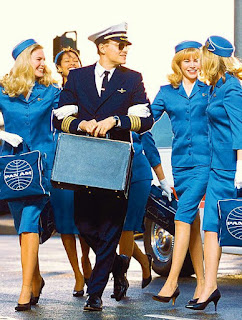 I gotta say, this is not really a review, as this is my absolutely favorite movie of all time and there is no criticism I can think of, and as such I will not even try to look for anything. This movie is a masterpiece in my opinion.
Up to today this is my favorite Leonardo DiCaprio movie as well. I have said this before, but I am not a fan of his... ever since he started acting with the same directors, he barely does anything new... I feel like I am just staring at the same person yelling and swearing in different outfits and times. I also feel like he has a baby face, and in this movie he plays a 16 year old boy who tries to appear older and it works for me. And on that note, this is also my favorite Tom Hanks movie (along with You've Got Mail), and it was the first time I did not see actors, I was just watching a great story unravel. I like the jumps in time, I like the colors, the set up, the little details, from the Pan Am airline all the way to the little town in France. 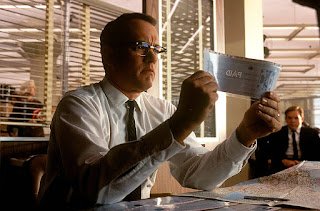 The script is based on the real life events of the man who managed to con his way into being a pilot, doctor and a prosecutor, only to end up being an agent himself, helping the FBI catch guys like him. And I don't know if I am happy that we were rooting for a con-man, but for the first time ever, the actual motivations make sense to me: he just didn't want to face the divorce of his parents. He didn't kill anyone, he tried to not hurt the ones he really cared for, and the love he had for his dad never stopped, not once. In the end, at least in the story told in the movie, he just spent money he did not have. What Frank was good at is reading people, something he learned from his father, and if he didn't become a conman, he would have been a great businessman in my opinion. Nonetheless, to me the fact a boy wishes to run away from his problems is very relatable.

Watch it? Oh my god, you haven't seen it yet? This movie came out sixteen years ago and won lots of awards, get it together man and watch it NOW! Every single actor you love today appears in this movie, so you'll love it for sure.