It has been six years since the Youtube let's play page of the Game Grumps launched and I have been a fan since the first video was posted ever. I have been putting off this entry for one very simple reason: I did not know how to begin it. The reason for that is that the more time passed the more history there was for me to cover in order for my readers to understand what and who am I talking about - and I just got lost. The reason I did manage to sit down now to write it is quite simple, the two hosts of the show, Arin Hanson and Dan Avidan, decided to review their wikipedia pages and share information about their lives, which means that I do not have to write it down myself, but you can listen to it here: (If after reading my entry you have questions, you'll find the answers here.)


In that vain, I am only going to share what you need to know about in order to understand why I am writing about this to begin with. I linked every Youtube page you need (just click on the green names!), if you are interested. You need to know that they call their own fans lovelies, and being a huge fan myself, I decided to entitle this entry as such. And I have had other open letter style entries before, so that is what I am going for now too. Thank you for taking the time to read my review and checking out the work of these amazing guys. So here we go: 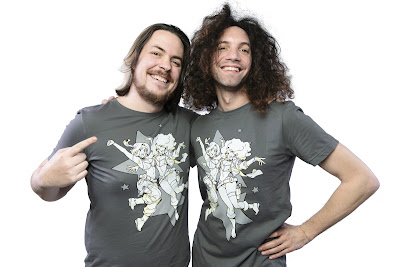 About eight years ago, not long after it was posted, my brother and sister found "The Decision", a song by Ninja Sex Party (composed of Dan Avidan and Brian Wecht), that was simply everything we look for in music and comedy. We became fans immediately and after that my brother showed us some animations by Egoraptor (Arin Hanson), and told us that another song of NSP was made by Arin, "Dinosaur Laser Fight". 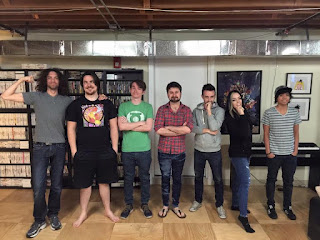 When Game Grumps started, it was the first and up to today really the only Let's Play channel that I watch. When I moved in alone, every single night I would just listen to these guys being silly before going to bed and they got me smiling and made me just so happy to be alive. They had sort of spin-off shows, with Steam Train led by Ross O'Donovan (RubberNinja) and with their friends appearing on the show as well. Arin's wife Suzy Berhow has her own let's play channel (among many other awesome things she does), KittyKatGaming where most boys make appearances along with other Youtubers from various channels. They have another collective channel, GrumpOut which is used to post everything that is not game related, but belongs to them, from interviews to reviews and incredibly silly but well done trailers. (Everything else you need to know is in the wiki episodes linked above!) 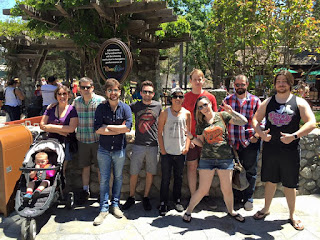 Now... why am I writing about them? These guys feel like family to me. I have to say, of all things, this is the one channel that makes me happy that Youtube exists in the first place. I might never have enough money to go see them live, even if they come back to Europe, but no matter what happens, I know that I will have their videos all the time - even if they stop, I can rewatch from the beginning anytime I wish. I keep trying to explain to others why I like their videos, and I guess the answer is that I like them as people. On a few occasions I am lucky and they also play a game that I am interested in, but in reality, I just care for these guys, as rarely do I go and watch other let's plays (and by rarely, I mean never). I do care about why Arin would rather be a voice actor, then to make animation; I love the stories of Dan's family; I do want to know why they critique certain games that are considered classics; I love it when they die of laughter on the dumbest of jokes, and I also love when they get serious and share stories about depression and exhaustion and everything in between. Because of the personal nature of their talks I feel close to them, and based on the traffic on their channel, I am sure I am not the only one.

The reason I am writing this post is to say Thank You. I am sure the guys get this a lot, but I do feel like the saved me several times. The best thing I can say about them is that they are here for me always, figuratively, and the sense of knowing that helps me through small struggles in my everyday life. 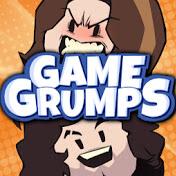 I comment very rarely on their page, so I want to do it here right now: first, the fact that a lot of viewers hated on Suzy f*cking drove me mad. She is super awesome and fun and there are some misogynistic assholes who clearly cannot handle smart women doing great. She is a goddamn treasure and I loved every single video she appeared on (and the Metal Gear V play-through with Arin was my favorite series of all time!). Second, people called Dan homophobic over disliking a disgusting character giving a blowjob... and just wow, how dare you call him that? There is a specific video where he says that they wrote "If We Were Gay" for a friend of theirs whom they cared for deeply, not to mention the hundreds of jokes and caring comments about loving everyone out there like... I do not want to be the kind of person who tries to define what a 'real fan' is, even if there is such a thing, but I will go as far as assuming those people do not know these two at all. Or at least refuse to listen, and I will open up about that in my update further down.

And if I were to comment more often, I would say that I am proud of them, I love the songs - both NSP and Starbomb -, I loved the different projects, from Guild Grumps to Good Game (read my review here!), with the podcasts and the 10 Minute Power Hour introduced this year. They put everything they have into their work and they inspire me in more ways than I can count. I would also ask them to have a guest grumps with the VlogBrothers and Shane, among many others.

And as I said, I would just like to thank them. So, here is the best chance for that! Thank you to both of you for what you do, it might have been a dream for you too, but I sure know that I am better for being able to be part of this adventure. Keep up the good work!

A quick update (2019 May 2nd):
I am very much fed up with that 5% of very loud pseudo-fans that keep hating on the boys. Recently I started getting more active in comment sections because I cannot listen anymore to people who do not hear people who are talking to them:


People just want and want and take and take, and do not wish to give in return. And that is fine, but at least do not complain about the way they go about their business. I hate how loud they are, because they DO NOT represent my views. Or that of many others. There are some awesome people that truly care for the projects they start and to me they are truly inspirational. And the 95% of the lovelies, the true fans, are just the greatest. I am proud to be a lovely myself, but I a sure you all knew that by now.

As a final note, here is me with my favorite grumps shirt. My brother got one for me and my girlfriend and it genuinely makes me happy every time I can wear it! It's sooo soft... 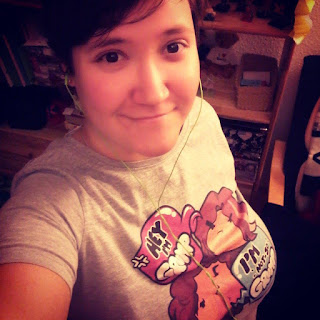 And for even more, I suggest you read this article by The Washington Post, written about Ninja Sex Party's appearance on Conan. You can also watch it here!
Bejegyezte: CsorEsz91 dátum: 6:07 AM