As always, I like to post a review in memory of the actor who meant the world to me, Paul Walker, on his birthday. I still have a good amount of movies to go through, and until I do, his memory will remain strong with me. I miss him a lot. 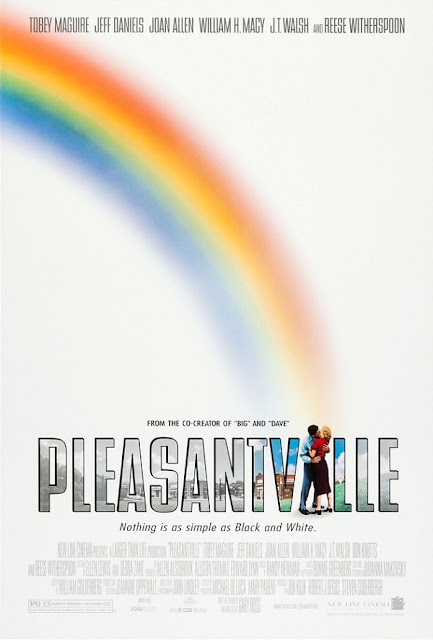 It is the story of how two modern siblings are transported into the fictional family of a 1950's sitcom, where they result to cause enough damage to change that and their world back home forever. 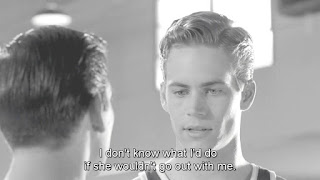 I loved this movie a lot when I first saw it, but I had to grow up to really appreciate it. We had to watch it for one of my classes, and I put it aside then so I could write about it now. Back when, this was the first movie in which I saw Walker for the first time and I immediately fell in love with his Skip Martin character. He is this adorable innocent guy that every girl likes because of his basketball skills, and he ends up being the tool that causes the change in this small town. He is, however, of the old world, the world that believes that just by ignoring a problem it'll go away. The movie's story plays on multiple levels. The main one is of course that simply by turning a blind eye, our problems will still follows and will bite us even harder each time. 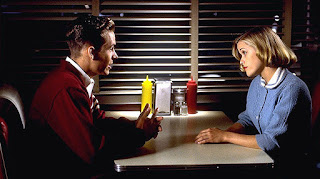 The second and most obvious moral lesson of the movie is the racial implications and how simple it is to treat someone unfairly just because of the color of their skin. To me this movie shows even how whites can turn on whites when fear is properly fueled. And I don't have to tell you, that keeping people under fear is the simplest of things: scaring someone is surprisingly easy. Most people forget that they have a choice, they can choose to not be scared of the unknown, to not label the possible as impossible, to look ahead and not just at the present. Sadly, almost nobody does.

Watch it? Unfortunately, this movie is still relevant, which showcases that the issues raised have not been dealt with. And I don't mean that as a criticism just on America's part, unfortunately, the kind of hatred that is shown in this story is alive in a lot of parts of the world right now, in Europe more than ever since World War II. However, because of the message of the movie I do recommend it to everyone who hasn't seen it.