What's Next On My List? Comic-Con Episode IV: A Fan's Hope

I have grown to have a special appreciation for documentaries, because they not only show us a special story, but also open up whole new worlds. If by any chance you were already interested in that world, then it gives you an insight and moreover, in this case, it makes you wish to make your own comic dreams come true even more. 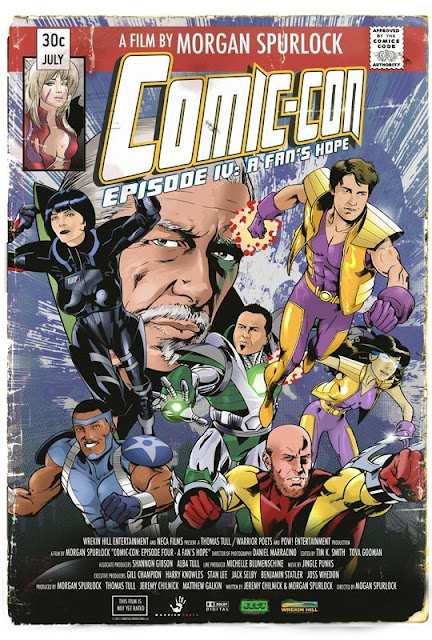 This is the story of the artists, cosplayers, lovers and collectors who keep roaming the floors of comic-con every single year. The documentary deals with the emotions of the first people who ever attended all the way down to those who simply shiver from the the chance to be able to go to Comic-Con for the first time ever. 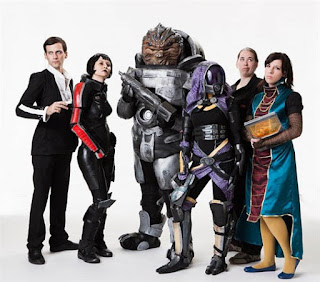 My brother, my comic book dealer, is the one who showed me this movie and we sat down, the three siblings, and watched what would become one of my favorite documentaries of all time. I rewatched it recently with a loved one, because I wanted to see if that magic is still there, and let me tell you: it is. The reason why I love this movie so much is that it showed me people who are just like me. You know that feeling, of being picked on and despised because of the books and the shows you watch? You are lucky if you are not, but I remember several occasions when I felt the need to keep to myself if I loved something. The people who are introduced to us, no matter how big or small their dreams are, they have an unspoken acceptance and care for everyone around them just because they belong to the same community. As some of the people in the interviews mention it too, there is no judgment over what you like. This is the community that I always felt I was a part of. And the movie does not even have to try to make me care, the stories that are told are on their own so compelling and interesting that you sit in front of the documentary and you are glued to the screen and want to make sure all of these people get their dreams come true. 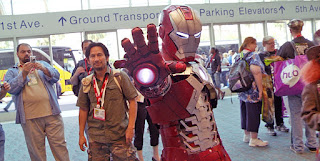 "I got here today to go to a Batman panel. We step into the back. As soon as we get in back, I hear, 'Hey, spider friend.' And I was like, 'It was Stan Lee!' If I could go back in time and tell, like, the 11-year-old me, like, 'One day, not only do you go to Comic-Con, [but] you go to Comic-Con every year, so much so that, like, you get greeted by Stan Lee when you show up.' Y'know? And the 11-year-old me would be, like, 'How did we get so fat? What the happened? Stop eating. Obviously something went wrong. Never mind Stan Lee. Look at your diet. It's horrible. Coming from the past to show me this from the future?' And then, boom, he tries to kill me and I die. And then, the young 11-year-old me progresses and shit [and] as a thin Kevin Smith, becomes president."
- Kevin Smith 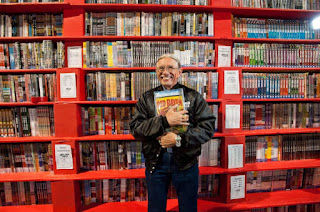 Morgan Spurlock knows how to tell a story, and documentaries have been much better in past couple of years, because it is no longer camera on, and talk! But instead, there is a narrative that is followed and I can tell you honestly, that some documentaries beat action movies, as I get far more invested than I did before. This movie makes me want to do documentaries, and I generally only care about writing fiction, that's how good it is. And more importantly, it talks about how the world of comic-con has changed as the geek revolution took over and it is no longer embarrassing, to be into comics, cosplay, video games, superheroes, toys or simply be interested in something other than the mainstream. But, the movie points out, that this is the mainstream today.

"- But he sold his entire collection a few years back when the lady that he was hanging out with told him to grow up. Like, as if he ever could.
- Oh... Bad idea.
- When a woman tells you to grow up, that's God's way of telling you to get a new woman.
- Right'?
- Yeah. Especially if she says, 'Get rid of your comics.' Just a load of crap. There's three billion women on the planet and not a lot of great comics, so it's an easy choice."

Watch it? Most definitely. If you are, like me, a little geek in your heart, then you are bound to fall in love with this movie too. The people who are portrayed in them are still around, I follow many of them on social media sites, and I was happy that I got introduced to them here. This movie is a love letter in a sense, but also a bit of criticism, as to show, that when money is involved things change a great deal.