Been putting this off, mostly because I did not have money to see it when it came out, but my sister brought it up, and I felt that I should check it off my list finally. 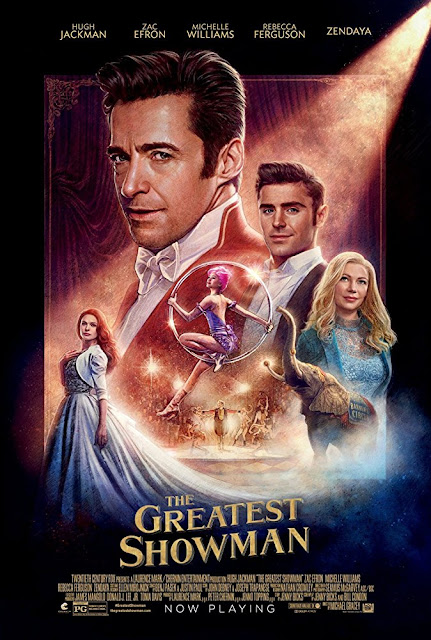 A young boy who came from nothing, decided to make the best of his life and make all his dreams come true, and give the life he promised to his beloved and his two girls. The way he does it is quite unconventional at the time, as he opens his own circus with people who are mocked for their strangeness. He finds himself distant from what really matters, only to find himself back when it is most important!


"Hyperbole isn't the worst crime.
Men suffer more from imagining too little than too much." 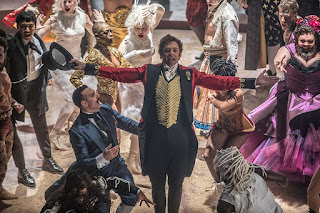 Right off the bat, I need to admit that I do not give two shits about the bad criticism this movie might have received. I am just sooooo done with people who are unable to appreciate musicals. You don't like music? Bye. You don't understand if something is inspired by true events as opposed to being a reflection of them? Your problem. Stop trying to be critical just for the sake of criticism! I am sure that more people liked it then they would dare to admit. Did you like this movie? Good for you! Embrace it! Sing the songs, dance to the beat, enjoy a story for nothing more than it being a good story. 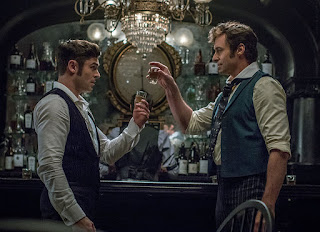 Do I have criticism? Sure, but it was more technical. See, even if I know that this was not reality, that this guy was indeed an a-hole who abused of others... I do not want to see that story. Do you? Go watch a documentary then. Everything else in Hollywood has to have some sort of moral message and this movie went with "family is more important than work" and I was okay with that. Not to mention, I find that is a message still too many have not managed to learn. I did not understand why the dwarf was not played by one, and in some scenes Michelle Williams was clearly wearing a wig, see? Technical issues. But I always prefer musicals that were made for movies, because you can tell that the choreographer and the director have an eye for it (that is right, f*ck Les Misérables and its stupid sound stage and fish-eyed lens...). The scene where Barnum convinces Carlyle to join him? That dance scene in the bar was fantastic.

"- You want people to laugh at me.
- Well they're laughing anyway, kid, so you might as well get paid."

Watch it? Definitely. Me, as a musical lover, have been told off several times for not having seen it yet, but not anymore!!! I know that there are inaccuracies, but someone was indeed the first to pick people who were shit on by society and showcased that their strangeness is to be celebrated instead of laughed at. The real one might have done it differently, but this is still a pretty damn good story.