Last semester this movie resurfaced in one of my courses, as an introduction to fandom and popular culture. Gotta admit, I could re-watch this movie a hundred times! 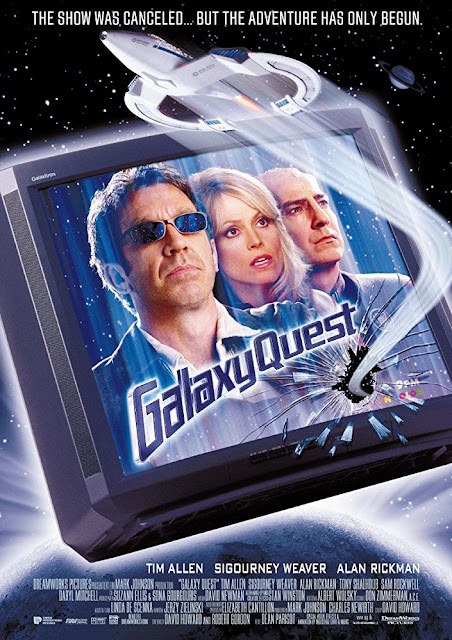 The actors of a famous sci-fi show get rolled into an outer-space mission by aliens who have the belief that they and their show was real all along. Once out there they become the heroes they were playing all along all on their own merit and they learn to appreciate all the fans that look up to the them and the world they helped to create. 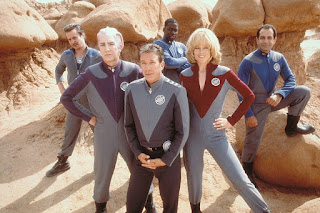 I loved this movie, not just for the cast, as I had seen it by the time everyone in it was famous and well known for several other projects. And well, gotta say, it was originally because of the cast that I decided to watch it in the first place. I adore movies that have serious actors in them, showcasing they are equally good at comedy, that includes of course Sigourney Weaver and Alan Rickman. I miss him a whole lot, but I'm glad there is such a variety of things that I can choose from if I wish to see him on screen again. As far as the movie is concerned, I am delighted every time I see it. It is funny, smart, sad at times, I mean, I caught a few tears here and there when I watched it, and I also find it to be for every single audience out there: the outsiders, the inner geek in you, in all of us, the truth of comic conventions, fans, hardcore fans, sci-fi addicts and many more. The movie shows how some actors do become the role that they are playing. I recommend this movie to everyone who likes to see all sides of a story (let that be on either side of the fourth wall!).

Watch it? I am almost certain you already have! So go see it again and rejoice in one of the best sci-fi movies out there!