I am a huge fan of David Wain, which you might know of because a few years back I wrote an entry in regards to his works, mostly focused on Wet Hot American Summer and Childrens Hospital, which you can read here! Since then I have also been a fan of Another Period, in which he is acting, and I look for anything that comes from his pen onto the screen. 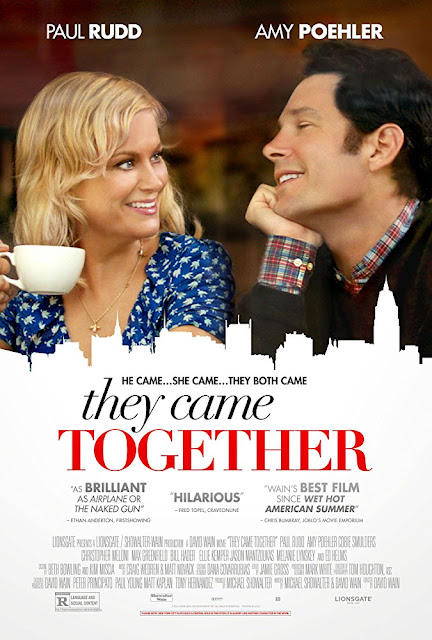 Joel and Molly recount the story of how they met and decided to break up whilst living through a series of romantic comedy clichés that every person knows by heart by now. 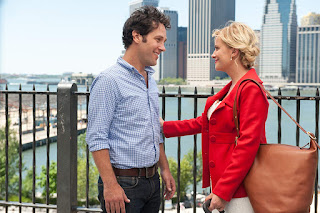 I just loved this movie. Again, this is something I have complained about quite a lot, people don't seem to understand quality comedy anymore. Think of timeless movies like Airplane!, Top Secret, Hot Shots!, or The Naked Gun: what makes them so great? The fact that they parody things we all know. They are all about specific genres and not just flicks, no, they work on stereotypes, on story-lines that have marked movie history, telenovelas, and everything of the sort. They are ultimately made for all audiences. It is the same with this movie, it works with things we all know, it isn't specifically one rom-com that it wishes to make fun of, and if you don't know that movie, you won't understand the jokes either. Think of Spaceballs: it focuses on specific movies, from Star Wars to Alien, and I personally understood the jokes because someone told me what they are about. Does it still work? Yes, because it has other instances and wonderful writing that connects the parodic elements. Timeless? Yes, still applies. 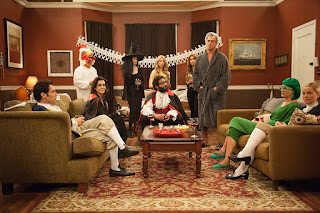 This movie is fun simply because it is. There are call back jokes to the previous Wain/Showalter projects, as well as callbacks to this movie in their other projects too. And what is striking is there are just wonderful actors in it. These two know most of Hollywood already, still, it cannot be forgotten that most movies that have A list actors suck ass because the writers hope that the mess they wrote will go away simply by having famous people in it, but that is not the case here. They made sure the writing was done before they started casting people, you can tell. I will be forever grateful for these writers.

Watch it? Yes please, the rating is stupid. If you are a fan of any of the actors involved in this project, or a fan of Wet Hot American Summer, you are bound to love this movie too! And each time I rewatch it it gives me something more to discover.