Well, you might have guessed it, but I am currently watching Rebecca Hall movies, and I am fairly certain I will write about all of them. First up is a the tale of a guy who just can't catch a break. 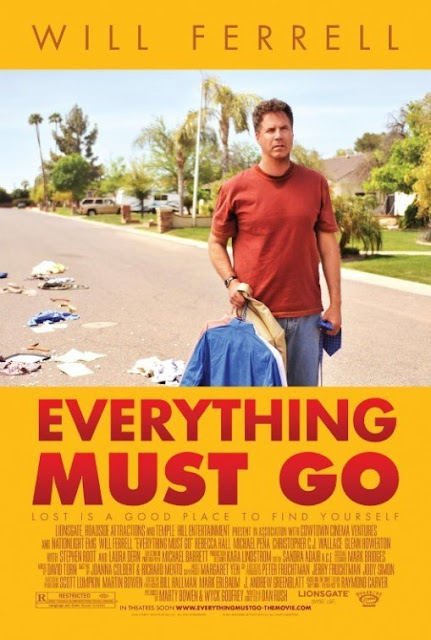 Nick gets fired from his job following a law suit in which a co-worker accused him of sexual harassment. He gets home just to find all of his stuff on the lawn and the locks changed to his house. His wife Catherine is gone and he cannot reach her. While living on the lawn he keeps drinking but slowly hits rock bottom. A kid from the neighborhood, Kenny, helps him organize a garage sale and he decides to get rid of everything in order to start a new life. 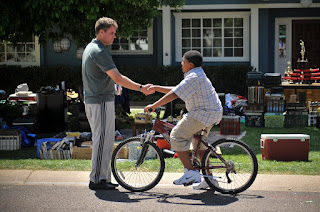 I really liked the trailer and so I decided to get my hands on it. I had no expectations, but as the story progressed I got more and more invested. This movie is not unique in its style, but it was peculiar to me for a whole set of other reasons. Movies always emphasize how hitting rock bottom for alcoholics is usually a near death experience for them or someone around them, but... is that really it? I mean, do you really need to push someone into a car accident for them to get their shit together? I don't want to believe that. I refuse to believe that people cannot change, I don't care how evil the world is. I liked that for Nick it was realizing that he was simply hurting those around him that got him to get it together. I also know the boost that de-cluttering and throwing away all your shit can mean. A lot of it he donated to friends that he knew will take care of the things that were the most important to him. They will do a far better job than he ever did. 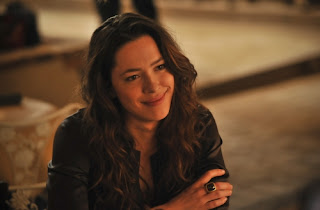 Above all I liked that there was one possible future love interest, but it wasn't forced. Nick goes to see someone from his high school to see why she thought he was 'a diamond in the rough'. They just have a nice talk with a possible coffee date in the future, but nothing more. She tells him that he had a good heart and that is something quite rare. I asked myself what does exactly make an alcoholic a good hearted person, and it was then that he started watching home videos and his father was an alcoholic too. He brought this from home and his wife too was an addict, but having recovered she could no longer handle him falling off the wagon every now and then. There were no grand gestures and no Hollywood moments. It was a simple story about a simple man trying to use what he had learned from years of working his ass off to start again. 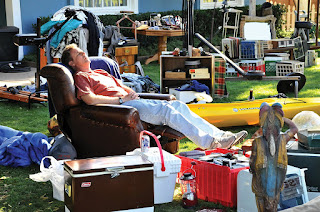 The neighbor across the street is a pregnant woman by the name of Samantha, who spends her time alone as her husband works instead of being near to her. She is a photographer and teaches photography too, feeling sorry for Nick they start to talk but all of their conversations end up being very intimate. This is quite rare, I have found, that movies portray a friendship that is not about love or getting physical, but that two people can get in sync so fast and talk so easily that they don't even notice it... It happens more often than one would think. Samantha is careful with him, but he is also the only one she can talk to. There was one scene where he tells her that this is their future too, with everything in rubbles and the next day he goes and apologizes. My sister and mom pointed out how one always has to apologize for saying the truth, and although I agree with the fact that many of us have a problem with accepting the truth and would much rather look the other way, in this case I think that the apology was directed to how he attacked her and her privacy after all the help she has given him. Whether or not Nick's predictions of Samantha and her husband's future will become reality is of course up for debate, but I think that by being honest with her he managed to help them avoid it. And that is not something he should apologize for.

Watch it? It was a good story. Simple, but on point. A week from a man's life, but the week that will change it for good. I have found myself wondering about a lot of things, asking myself about the value we place on objects and money and work while we remain blind to the things that matter. And not just that but we choose to be blind far too often. There is a lot to learn from this movie, that is for sure.