I was really looking forward to this movie as I hoped they would do the Disney cartoon justice. There were some things I expected, but some that took me by surprise, overall the movie was an incredibly delightful experience and I was very happy to have seen it. Allow me to go into detail: 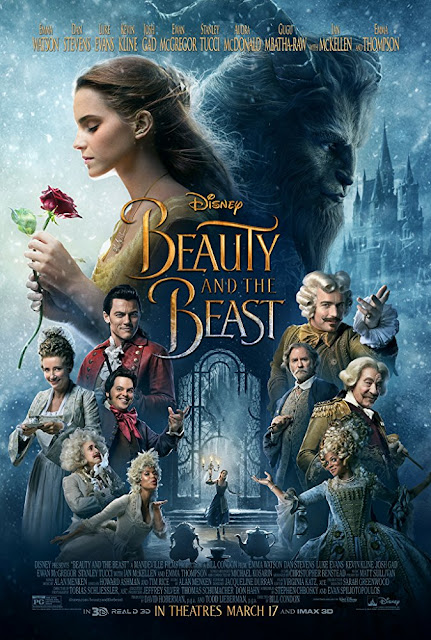 The tale of Belle, a girl who has outgrown her little town, ends up in cell of an enchanted castle in order to save her father's life. Her capturer, a prince under the curse of an old woman, befriends her despite his beast-like appearance. The two, like in all fairy tales, fall in love and break the spell. 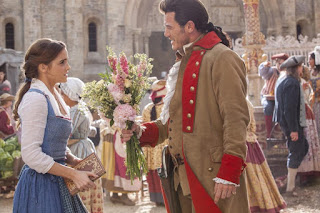 My sister and I have always watched the Disney cartoon around Christmas, for us it will always be part of the holiday tradition, and as such we decided to wait for winter with this movies as well. I had to realize, having seen so many real life adaptations that something for me was always missing. It was only when the first trailer came out that I finally understood: the music. I just love the soundtrack of the original so much that without it... all others were never good enough. Honestly, I did want the Disney version to be made into a real life version and what I got was everything I wanted! First, the Beast did not look like a giant cat anymore, but an actual beast. Second, the aim of Gaston is to be really attractive to everyone else, but too much for Belle: Luke Evans was the perfect cast for this job. Third, finally, the fact that Belle reads so much showed and I know that was a gentle nod to the fact that women should no longer be portrayed as damsels in distress, and I find it was done well.

I need to admit that I am completely in love with Dan Stevens, he just cannot do wrong, and I adored recognizing his facial expressions as his relationship developed with Belle. There were more scenes of them talking, which was a smart addition, and his song was by far the most beautiful (which is weird in a soundtrack that is over 20 years old... the people who wrote the new tracks knew their source material). Overall there was one thing that bothered me immensely... the enchantress curses the prince because he was an a-hole to everyone. But... what about the town? We can see that everyone in the town has no problem whatsoever with being rude to the disguised self of the enchantress again and then taking up arms with the plans to kill the beast... why is that OK? Why don't we teach a lesson to the people of the town? Adding her to the background as one of the citizens was a huge mistake, in my opinion, but that is the only criticism I can come up with.


Watch it? People I have met so far did not want to because of their love of the cartoon. You can trust me when I tell you that you will not be disappointed. The people who made this movie cared about what they were doing.