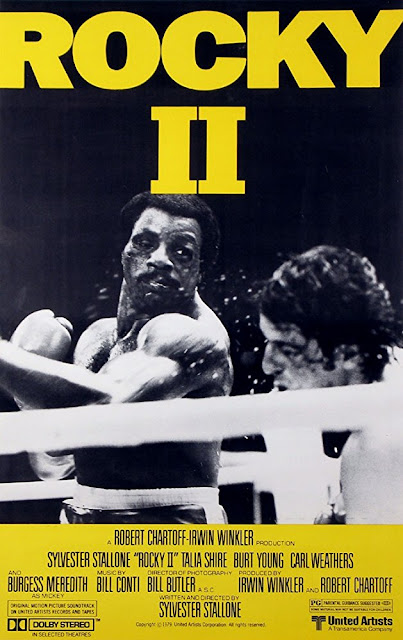 Following exactly right after the ending of the previous story, Rocky enjoys his newly found fame and money, but having retired at the highlight of his career does not leave him much of a chance to make enough to take care of his wife. Despite a bad eye he decides to get back into the ring with Apollo who keeps wishing to prove that he is indeed the best. In the end Rocky is the one (barely) standing. 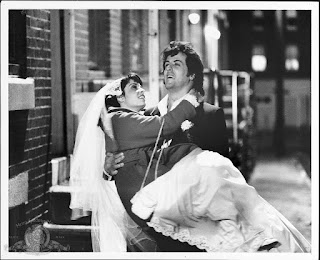 I gotta say, as far as sequels go, this one is pretty spot on. I mean, I could easily forget that I was watching the second movie, it felt that it was just the continuation of the first. The colors, the songs, the interpretation of the characters... it was incredible. At the same time it was not the same movie, a mistake a lot of sequels make while trying to make something new. Now being so similar to the first one it is hard for me to take them apart. But I was pleasantly surprised because the first one opened some doors and allowed for elaboration. As far as the man of the hour goes, Stallone was incredible. His character is not a smart person, exactly the opposite, but in his innocence he still managed to show more emotions than some actors who have won awards... Adrian ends up in the hospital and he does not leave her side, teary eyed, he reads her books, he gives up training, she is his whole life and I loved how the movie told the viewers their story. With the mandatory montage scene and the speech about him being nobody this movie set up all the other fight movies that came after it, but it is a good one nonetheless.

Watch it? Of course, it is not a bad movie. You can hear Adrian talk a lot more and see Rocky in a new setting with new problems. I also liked that he finally won, I mean, the first movie was open about the fact that people can't always win. Also, I do agree that it would've been far too unrealistic if he did defeat the best of the best. But at least here we could have the Hollywood ending.