I have to admit that I am sometimes tired of all of these comic movies... I love them because I have been growing up with these heroes, but I no longer feel the need to go to the cinema to see some of them. Spider-man is one as it has been rebooted so many times that with each movie I cared less and less... But I was looking for something to see on new year's eve (while sick at home), and well, the awesomeness of Thor: Ragnarok and the Infinity War trailer caught my attention enough that I thought I'd finally watch it. 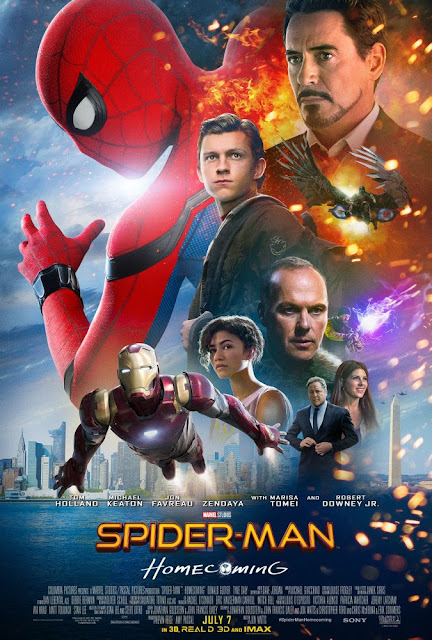 While waiting for the Avengers to finally recruit him in the team, Peter discovers a group of arm dealers that sells weapons built with stolen alien technology. The head of the team is Adrian Toomes, and he presents a threat to Peter not just when he is wearing a mask. The biggest obstacle Peter faces is ultimately himself. His heart is in the right place but he believes that being Spider-man means more than being himself. 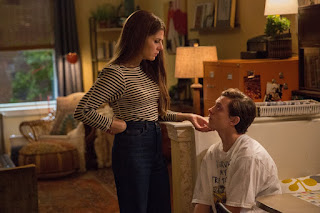 This is, finally, not an origin story. I think we had enough of those going around already... by this time if you don't know what happened to Peter then the problem is with you. That being said, it is super hard to draw comparison between this and the previous movies, so I am not even going to try. Was it a good movie? Definitely. The reason for that is that I am a bit tried of the good vs. evil. This is, I believe, one of the reasons by people love Loki so much (aside from being played by Tom Hiddleston), that it isn't as so easy to decide what is right and wrong anymore. Some are more selfish and some are willing to do everything, even bad things, for the people they love. The villain in this movie, Vulture/Adrien Toomes, has no goals of world domination, has no higher purpose or evil within to guide him and to let destruction ensue... he just wanted to put food on the table. Yes, he lives in a huge house, probably a smaller one would suffice, but he is not the villain you think he is. I have found it refreshing that even Peter for a minute questions his actions. Yes, bad guys are bad, but when you think about how many people Marvel villains have killed so far, Toomes is really just trying to live in a world that was a great deal changed by the presence of the Avengers. 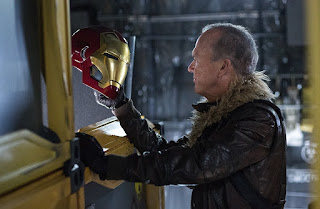 Now, Spider-man himself was genuinely wonderful. I grew up with the comics, I won't lie to you, I have loved all three versions so far. Yes, not all movies were perfect, but than again, rarely any comic book movie is prior to the Marvel Universe. You have a character that is easy to bring to life because he is lovable. And for once the greatest lesson that he has even learned, the one with the power and the responsibility that follows, was not uttered but taught. And I find that to be the most awesome thing about this movie. I teared up, in one scene Peter gives up, yells for help, which never arrives and it really sinks in that he is a just a kid. He does not have the answers, he is not ready for a lot of things just yet. But he calms himself and gathers his strength, gathers the power that was bestowed upon him, and it made for a beautiful scene!

Watch it? Yes, sure, it is a marvelous movie. If I am 100% honest with you, I am not likely to rewatch it anytime soon. It is a strong plot, but it does not have as many elements as Thor movie did, just to give you a good comparison, or Captain America: Civil War. But it is still a fitting puzzle piece in the large cinematic universe and it will not disappoint.