In the summer of 2017 a new show came out on YouTubeRed, starring the makers of the let's play channel Game Grumps, Arin Hanson and Dan Avidan. You can watch the first episode free by clicking here! [No, nobody is paying me for this, I just adore these guys!] 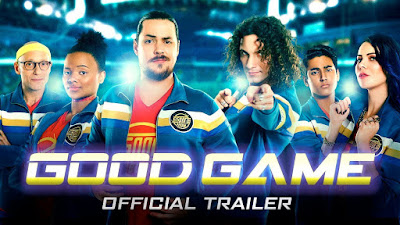 Two best friends decide to build a team of gamers to win a big price at the next e-sports championship. They both learn a great deal about each other through this adventure and they turn into a family hoping to win more prices. It is a funny tale of... adults seeking to become... well, functioning adults!


"You think your puberty is special? Newsflash: it fucking isn't." 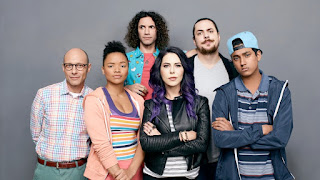 I have been a Game Grumps fan since it begun over five years ago in 2012. The moment I heard that they were making a show with Dan Harmon, whose Community, HarmonQuest and Rick & Morty I love dearly, I knew I was in for a great adventure. First, if you watch their let's play channel you will get a bunch of background and extra informations about the shooting and the schedules and how they coped with acting. They both do not deem themselves good actors, I can tell you that they are great, but they have self-criticism which makes me love them even more! I was super excited and not let down when I watched it. The first season only has six episodes, each focusing on one of the characters. The creators of the show also include Michelle Morrow and Jesse Cox, who have been guests on the let's play channel during the release of the show [They played Joe & Mac, watch it here!]. 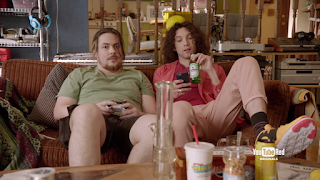 Second, to see their show you need to have a YouTubeRed account and I know many are against the required payment, but I wanted to let those people know that this is the fastest way to help them. The payment here is a direct contribution to those who made the show, including and not limited to these two great guys. This means that if you want similar good quality shows you can have that by getting an account.
That said, I recommend this show because it has witty smart jokes, with  great pacing and a simple but appealing story. It makes fun of all those shows that focus on sports as if they were a matter of life and death, while introducing characters that are relatable. The world is changing, literally, and the show makes use of that. Plans change, workplaces alter, dreams can come true and some don't. Enemies and friends are interchangeable and it is easier to let go of the past sometimes. This and much more is covered in just six episodes!

I am planning a personal entry regarding the Game Grumps so hang on until then!

Watch it? If you enjoyed any of Dan Harmon's show you are bound to love this one too. I have re-watched it three times so far and have been showing it to as many people as I can. I wish I was a part of this world, honestly... I hope one day I get to meet the grumps at one of their live events.