A childhood favorite, I was terribly scared of it for years and years... and actually there still are parts of that I skip, but... if it wasn't worth the goosebumps I wouldn't re-watch it as often as I do. And yes, this too is a Christmas movie to me. 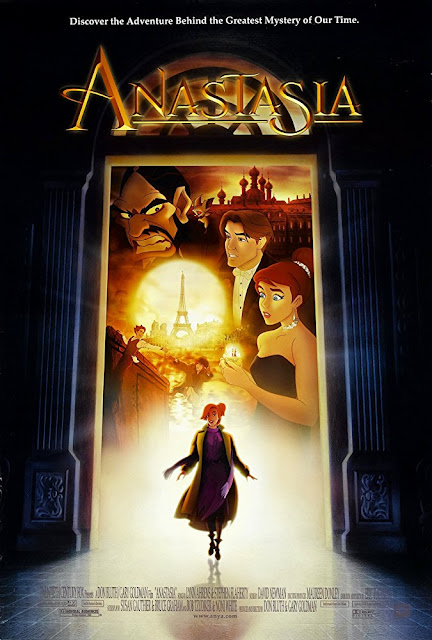 Story centered around the legend of the lost Grand Duchess Anastasia, daughter of Tsar Nicholas II. The Duchess is presumably lost when Rasputin, a trusted friend of the family who was then thrown out of the palace and forbidden to return. He decides to take his revenge and on the 300th anniversary of the Romanov Dynasty he decides to take every single Romanov with him to the grave. Unsure as to why he cannot rest in peace, he finds out that his mission was unsuccessful as one Romanov is still alive, none other than Anastasia. 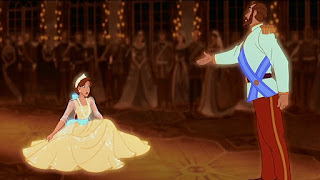 Of course this is an alternate reality, the true story is engulfed in mystery, but the happy ending that the cartoon gave unfortunately never occurred. But... you watch this cartoon and you fall in love. It belongs to the golden age of Don Bluth movies, with beautiful animation and wonderful music. It is one song in particular that makes this a Christmas movie for me, and that "Once Upon A December", sang by Anastasia when she wanders into the royal palace. Miles and miles of snow cover Russia, and Anya, an orphan girl is kicked out of the orphanage as she has come of age, she sets out for St. Petersburg. There she is lost in the ruins of the royal palace, feeling at home but unsure as to where that feeling came from. Here she is discovered by Dimitri while she sings, a young con-artist who wishes to get the reward from the Dowager Empress Marie for finding his lost granddaughter.

To Dimitri's surprise he found the true Anastasia, suffering from amnesia after a blow to the head when she lost her grandmother who was fleeing from the country. They travel together to Paris, and during their adventure fall in love. She wished to find a family for years, and she found that with Dimitri, her future finally surpasses the past.
Needless to say, there is nothing romantic about winter in Russia... but snow alone is very inviting to me. I adore the winter, actually, I love something about every single season. And you know each time I re-watch it I end up liking it more and more. It is a scary movie but it is also very funny. Finally the soundtrack is one of the best for Bluth movies.

Watch it? Absolutely. It might do the Christmas magic for you as it does to me, but it is an outstanding cartoon with a great story. Plenty of action and you might even spare a few tears while watching it.