Oh, I have been putting of this review for a while now for various reasons. First, I would deem my relationship with Margaret Atwood 'complicated', despite the fact that I have grown to love her as a person. As far as her works are concerned, I am still not sure if I like them due to the stockholm syndrome that I am sure I have developed over the years, or because simply I do. By this I mean that she has written a lot of things that I enjoyed right off the bat, and some that I needed warming up to. But she is very much present in my life still, I have recently read a thesis that was written on The Blind Assassin, my best friend is currently writing to me under the nickname of MaddAddam on facebook, and we had to re-read The Handmaid's Tale for my sci-fi class. I have spent all summer reading short stories from her, many of which I have already written about in my blog post "Margaret Atwood and I". The main reason I have been putting of this review is that I have a few commentaries about the show that are not really positive... altogether I wish I hadn't read the book before seeing it. 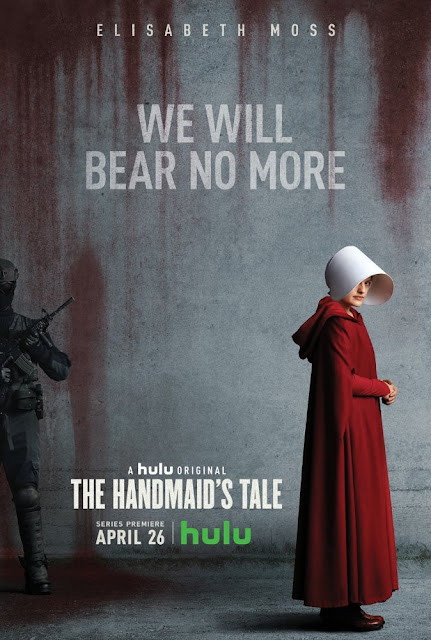 The story of one of the handmaids of Gilead, who was known by the name of Offred, belonging to a couple without children, where she ensued a relationship with one of the drivers of her Commander. The story moves back and forth between Offred, formerly June's past and present. How she lost her husband and daughter and how the people of her country slowly allowed for a fundamentalist theocratic dictatorship to rise. 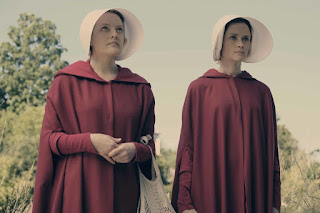 First, the good. This is an incredibly high quality TV series and I am happy that it got made because these are things that we HAVE to talk about today. Just look at how women are treated right NOW in the United States! This isn't a far away future, this is a problem that has to be addressed immediately. And if this show wasn't of such high quality, ignorance would still be the preferred option. But because of it you have handmaids now all over the world protesting for their rights as simple human beings and I gotta admit, when comparing history and looking at the impact popular culture has... it is simply astonishing. The novel itself is wonderful, and people are reading it again, which I could not be happier about. The fact that people are acting as if they JUST discovered that Margaret Atwood can write is somewhat hilarious, but besides the point when it comes to my review. 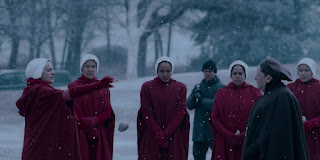 Now the bad... oh boy. Yes, this show deserved every award it got, from script to acting, to the music and the pacing, directing, cinematography, writing... really, everything. I was, however, still left disappointed by one thing, but a thing that to me was crucial. The Commander and his wife were too young... The book emphasizes something simple about their relationship: they have drifted apart. The Commander himself is a complete loser, no more than a pawn already, he is easily deceived by Offred and the one you do fear is his wife. Now, I was indeed scared of the wife, but by god, there was absolutely no reason for the Commander to be so attracted to Offred in the series! They even added in a sex scene with the wife, proving that one, he is the problem in the bedroom... two, that they are very much easily rekindled into their old ways. The book lets you in on the life of an old couple basically giving up, zero intimacy and a bored husband with a wife still seeking society's approval. Here... the fact that they made them more evil only took away from the hatred I felt for the dictatorship. I was disgusted by him, and I hated her, and in the long run I forgot that they are all just pieces in something much worse. And because of that reason I was quite thrown off. 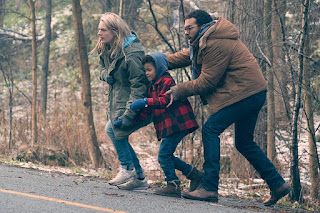 Overall, is that a huge problem? Not for the simple viewer (by that I mean those who did not read the book), as I have asked around. It is for me because there is a special scene in the book where this defeated old man admits that they only wanted to make the world a better place. And in that moment, for a second there Atwood makes you think and you cannot help but stop hating the enemy. This is something a parent would say, "I was only trying to do the right thing", and yes, they do, but mistakes are made. We sometimes might not see the outcome of our actions. Not to mention that for Offred to pretend was much easier with a sillier inattentive older man, than in the show and some scenes because of it fell short for me. Does that make it bad? No. It is a great adaptation. They decided to answer a few questions the book left open, and I didn't mind. I liked the casting, the way you can tell they opened the book when writing the script, and made use of a great source material. I have absolutely no idea what the second season will be about, but it not being based on the book anymore, I am sure I will be more open to it. I am also curious and waiting to return to this terrible world, just to see the women in it win!

Watch it? Definitely. This is simply a good series. I personally wish I hadn't read the book first, and I rarely do that. I always watch the adaptations first and then read the books, that way imagining the actors already, and I checked the cast first here too, but... no. I'm sorry. That is my mistake ultimately. But as far as adaptations are concerned, this is among the best five out there so trust me, I am not trying to be critical! But you check it out too and let me know what you think!

PS: Of course read the book too! What are you waiting for?!