Of course I watched the original because of Sigourney Weaver! What other reason would I have? 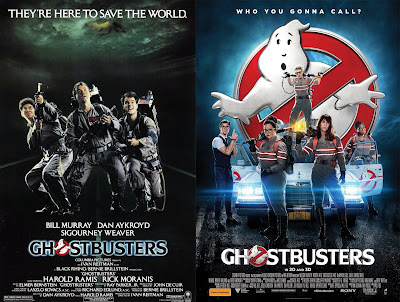 I feel dumb writing down the plot, like really, how do you not know by now? Anyway, New York starts to exhibit a serious of ghost appearances and a group of scientists and friends who have always believed in the paranormal get together to make the city safer. Unfortunately, however, something much bigger is coming and they might not be equipped for it, but they will nonetheless do their best to save their city and with it the world!

I'm gonna be honest with you and tell you that I liked the remake a lot better. You can boo me all you want, it is simply a better movie! The original one is great because of Bill Murray, Peter Wenkman, I think his character is simply genius. Anyone who has fallen in love with him because of it has my vote of approval. He was funny and smart and all together a great character. But... after watching it I had soooo many damn questions! First, was the blow job scene really necessary? Especially because there was no indication that anyone besides Peter was into Dana, played by Sigourney Weaver. Then their friend Egon, he looked like a socially awkward scientist, who then landed the secretary? He became this macho cool guy in a couple of seconds with no indication whatsoever of actually reciprocating her feelings. I am going to be mean and say that people are very much wearing nostalgia goggles when it comes to this movie... I'm planning on watching the sequel because I was genuinely disappointed. My next question was about the dogs... they get into the body of Dana and Louis and just why? They turned back into dogs later on, what was the reason for stealing her body? And well of course immediately everything they constructed from weapons to traps worked perfectly... Not to mention that they were scared of everything - big heroes you guys were... I'm sorry, I really am, I could watch Bill Murray playing this character for hours on and if Sigourney is involved, count me in, but nothing else in this movie was to my liking. 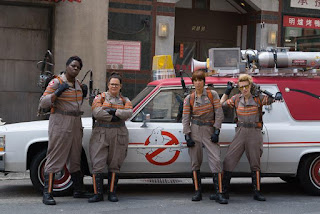 That said, I adored the remake. It was the remake that made me want to watch the original in the first place! I did not care for it for over 20 years. First, the girls were fierce and strong and they went head on into action. I loved the all girl cast, the fact that people complain about it still I think is the reason why it was received so bad. I saw pictures of little girls being excited to get autographs from the stars of the movie and my heart moved. And it if wasn't the feminist inside of me, then it is the fact that I laughed my ass off at this movie. Starting from Chris Hemsworth being a pretty idiot all the way to the small jokes among the characters. I actually felt like I know something about these women. In a small series of scenes I was introduced to who they are and why they do what they do. They were badass! Dan Aykroyd created a wonderful world when he wrote the script of the first movie, I am in no way trying to attack him, but of all the things I could see the new one bring to life, the first just felt... simple. I don't know anything about why any of the guys really wanted to pursue this job, or the fact that they were in no way surprised by the existence of ghosts was off-putting. While, in the remake, there is a larger inclusion of society's reception to paranormal activities and it was just too real. 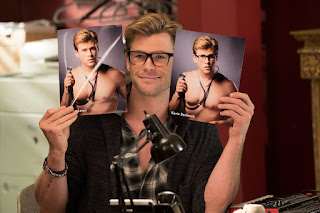 We see the science behind it, we see the motivation of the characters, we see things slowly unfold and go into chaos, we get to know the villain and his motivations for all of this. Think of the original... why did it attack our planet? No really. Tell me. Explain without rewatching the movie, I know it was a portal, it's coming was foretold, but why? The new one, and I'm not even going to call it a remake, because it was really an homage to the first one, it does not try to erase it, as many people would dare to assume and thus shit on it. So the new one gave us a creepy villain who to me was scarrier than anything else in the movie, and I loved that! If you want to make ghosts acceptable than you need to up the villain and the movie did. Fine, fine, I won't complain about the giant marshmallow, admittedly, it was funny, but not scary.

I also strongly believe that the best thing about both movies was the eyecandy purposefully put there to draw people in. I really don't want to choose between Sigourney Weaver and Chris Hemsworth, but let me tell you, it was not enough for me!

Watch it? F*CK YES! I am so sick and tired of people complaining about the new one! I am telling you that it is a very good movie! It could not exist without the original and I can tell you that it doesn't want to. Nobody is rewriting history here or pretending as if the source material wasn't a beloved series. They made it to have a new take on it and I think it worked really well. Both are good movies, trust me on that, I am not saying that the original is bad, but if put next to each other I will choose the new one every time! 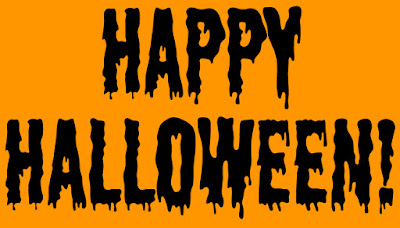