I made it a tradition of mine to write on Paul Walker's birthday a review of one of his movies. One for each year. The main reason for that is that I didn't want to rush with these. I still haven't seen his last couple of movies, because I don't want to run out... It might be foolish, but why hurry? This way I have the impression that he is still among us! 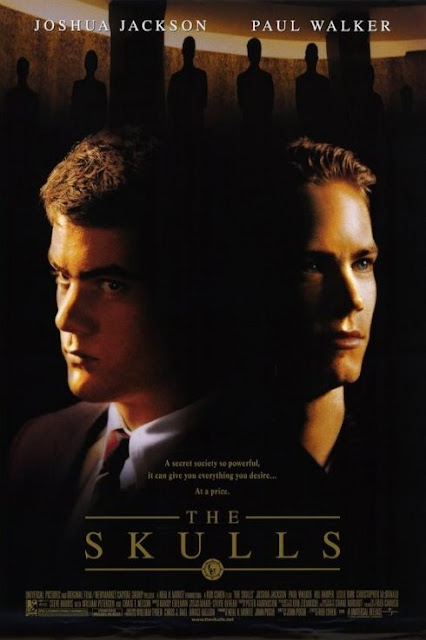 Luke McNamara wants to go to law school, but he has no money for it despite the possible scholarships that might come in his way. He gets accepted to the secret fraternity of Skulls, where his brother in arms is becomes Caleb Mandrake, the son of the president of the fraternity. The Skulls live and die by their rules, but when Luke's friend dies in an accident involving the Skulls he decides to stand up against them in order to solve his murder. 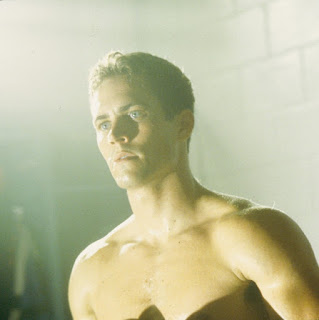 Right off the bat I need to admit that cinematographically speaking this movie stands out for me. It had a yellow/orange glare to it with the sunset being captured beautifully in multiple scenes. The person who headed the project knew what they were going for. Second, this is a great story, but in my opinion it was a bit rushed. We watched it with my mom and sister who both had problems defining the pace of the story. Was it a few days? A couple of weeks? It was less than a month, surely, or not? And this was a problem especially because the story itself was great. People who keep using dirt on each other to get ahead and everybody has there own little secrets. This is what Luke uses against them and the reason why relationships like father and son don't matter. This world is controlled by money. It is somewhat good to know that there is a moral code that they abide by, but those laws should not be above the general moral code of the people. And this is where it all goes wrong. Luke's moral compass resets when he realizes that there is no money or job in the world that can make up for the loss of the death of an innocent person. 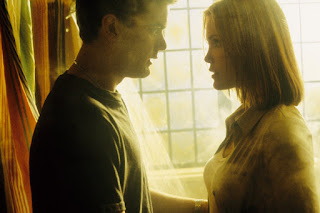 Caleb too is not a bad person, he grew up under a man who taught him that he has to do everything he can to get ahead, no matter the cost, but he is not like him. He understand right from wrong and despite his willingness to do anything to make his father proud, in the end, it is not worth losing himself over it. Was this a good movie? Well, it is half there... I agreed with my family that a television series was a far better choice for this story. You needed time to understand what is going on and to get invested. It was, simply, too fast. Does that make it bad? Not necessarily, but it fell short because of it. Also it includes various scenes with Paul Walker half naked... like do you really need more?

Watch it? I would recommend it, yes, as I said the story is quite good and there are good twists and turns that get you hooked right away. If you are looking for a good Paul Walker movie then I would definitely put it on the list.