What's Next On My List? Josie And The Pussycats

With school starting I'm going to have less time to write, but I will still insist on one review or entry per week. I will mostly cover old movies that I love and well, there aren't a lot of reviews out there for them. This first one will be a movie that wasn't received very well, but I think is brilliant.

Josie And The Pussycats 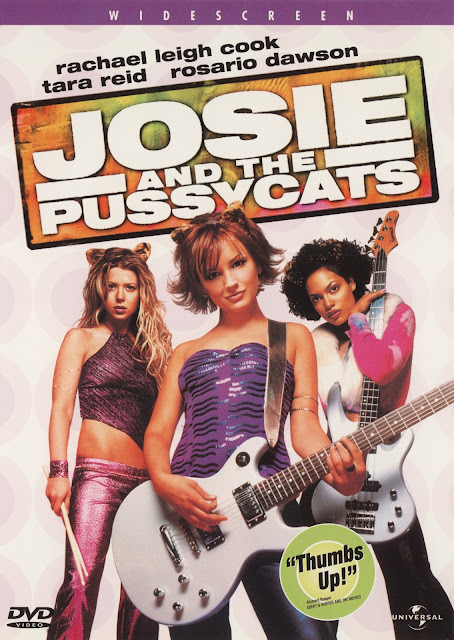 A group of three friends gets a record deal but their dreams become reality way to soon and their singer, Josie, becomes distant which the other girls have a hard time coping with. They find out that she has been manipulated into being an asshole through the recording company in order to get more fans to listen to their subliminal messages. The three decide to play music for themselves instead, as their friendship is more important than anything else. 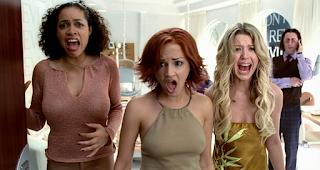 I just adore this movie... it constantly breaks the fourth wall and that makes for hilarious situations with top-notch actors who know that they are here to make you laugh. YES. This is not a good adaptation of the cartoon, but guess what? I hated the cartoon... yeah, go, boo me, I don't care. I am a 90s kid, so I don't have to like it (the cat was weird...). And I take this movie completely separately from what it was meant to be, and once you do, you'll realize that it is brilliant! The aim of the movie is raise awareness to the fact that people are mindless robots that can be controlled and it brings across that message very well. It exploits the one thing that people basically cannot live without: music. It was incredible for me to come to the realization of just how much I cannot live without music. This movie taught me that. 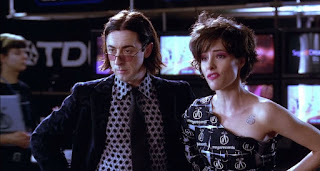 Now, I never dreamed of having a band, I dreamed about being a musical actor, but I am tone deaf and I love to jam away on my ukulele but I am not talented enough to make a career out of it. That too makes me appreciate music that much more. This movie makes fun of fans, of fan culture, boy bands, of the way people can be made to buy absolutely the most useless of gadgets and all that through innocent people who only sought to have their voices heard. The villain, I have to say, is my favorite. It was played by Parker Posey, and her right hand by Alan Cumming, and they were disgustingly phenomenal! Once you realize the cause for all the trouble they caused you cannot help but laugh out loud! I am telling you that this movie is simply brilliant and if it did not try to use the same title as that foolish cartoon, it would have been much more appreciated by the crowd for its original plot and lovable characters.


Watch it? It is quite underrated, in my opinion. The soundtrack alone is out of this world and I am sure it has a small fan base out there that has no idea just how many people actually do love it. But as we all know, the ones who vote on websites are not the real fans but the haters... Get a hold of it and have a laugh. It'll be worth it, I promise!