Do you have a band who you don't call your favorite right off the bat, but have to admit that you care for them deeply and they have accompanied a huge chunk of your life and are, somehow, always there? Over the years I have realized that at every turn or corner I bumped into Placebo when I least expected it. Either on the radio or on MTV, you know, back when it played music... sometimes it was in the soundtrack of a show, or someone posted a song by them on Facebook and I would listen to it and say, hey, I want more. It was about a year ago that I realized that all of my life there was this one band that was always there... for me, in a way.


♫ "Carve your name into my arm
Instead of stressed I lie here charmed
Cause there's nothing else to do
Every me and every you." 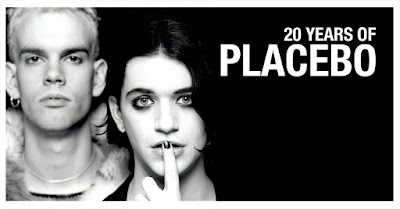 When I heard that they are coming to Budapest for their 20th anniversary, on November 11th of 2016, and I just knew I couldn't miss it. I just knew, this was going to be the concert of my life. I just knew, and that hunch, that excitement in my stomach turned out to be right tenfold! But I am getting ahead of myself, let's go back just a bit. When I was about nine I remember seeing Special K on TV, on a Sunday, and the song was a new experience, something I have not, well, experienced before. In the video there is a tiny ship, driven by singer Brian Molko, traveling inside someone's body, ex-drummer Steve Hewitt, and... strangely enough that is exactly how the music moved through me. The music video isn't much, but it does elevate the song in a way and it just stuck with me.

♫ "Every step we took that synchronized
Every broken bone
Reminds me of the second time
That I followed you home
You showered me with lullabies
Had you walking away
Reminds me that its killing time
On this fateful day." 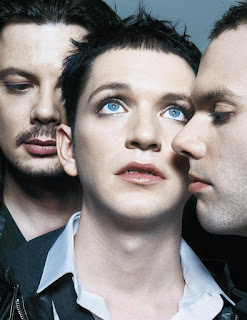 Soon I came across The Bitter End which up to today is one of the most pleasant experiences as far as a music videos are concerned for me. The way they play music in that huge dish antenna is simply breathtaking. The years pass and the songs become more important to me as I listen to them over and over again... Running Up That Hill was featured in the first episode of season four of The O.C., then I heard Post Blue on One Tree Hill, after which I remember finding Meds (to which I only listen to if I can blast it at the loudest volume to the pleasure of all my neighbors!). For my sixteenth birthday I got their best of album [which celebrated 10 years of Placebo] because it was the top item on my list and it was then that I fell in love with Without You I'm Nothing, which features the wonderful David Bowie. I only saw Cruel Intentions years later, but I immediately recognized Every You Every Me and I remembered it was featured in the movie when the concert began with the unreleased promo videovideo made for it. Then Brian and Stefan Olsdal came out and started playing for us.

[Brian:] "Welcome, ladies and gentlemen and those of you who find themselves in between. There is more of you out there than you think. And some of you don't even know it yet!" 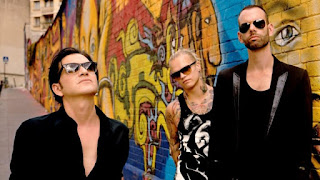 I'm fairly certain that it was after this moving, funny, and very truthful welcoming that I realized why I love this band so much. They let you be yourself and they do that with music. There is an unspoken acceptance between the band and its fans and that is purely magical. Their style and stories are beyond comparison. There is rock, pop, alternative, slow, fast, and lyrics that are out of this world. Not to mention the music videos that I have talked so much about already... and then the covers! Oh, my god, there is rarely any band that can take a song that you know by heart even and then elevate it to a whole other level! Their newest one is Life's What You Make It, which was originally a song by Talk Talk. I believe that other than the major "F*ck You" intended for the new president of the United States, embedded in Infra-Red at the end, Stefan's rainbow guitar and Brian stopping to take of his new boots because it hurt his legs, my favorite thing about the concert were those above forty fans who came and stood in the front and sang all the songs!


♫ "Want you so bad I can taste it,
but you're nowhere to be found.
I'll take a drug to replace it,
or put me in the ground." 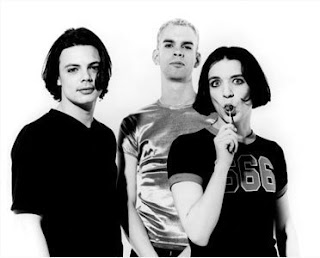 Twenty years is a legacy. And twenty years were achieved at a time when music has shaped and changed so much... the group itself has changed considerably as Brian Molko and Stefan Olsdal remain the only members who have been present from the start. In the background the drummers have changed, including Robert Schultzberg, Steve Hewitt, and Steve Forrest. On concert of course the band enlarges and they play a variety of instruments, including my favorite: the violin. And oh boy do the have a great violinist! The concert was over two hours long and they came back twice, ending with Running Up That Hill, which started to play for almost two minutes before they came back on stage and I just screamed, so hard, so loud, I had not voice by the end but I just couldn't contain myself. They played all of my favorite songs, from Exit Wounds (check out my recording down here!) to Too Many Friends, with all the classics and even their new song Jesus' Son.


Placebo I find really has something for everyone. I can firmly say that having seen them live was one of the best experiences of my life. They often come to Hungary, so I can assure you, this might have been the first, but it definitely wasn't the last time I saw them. I am lucky to have shared the Earth with this band and I am certain that my path and their music will cross each other very soon. Let that be because of the lyrics, or the music video, or the melody... those beautiful melodies that beat at the rhythm of your heart. These guys know how to put up a show and they sure know music. I will be waiting for what is next anxiously while listening again to my favorites. In my heart I thank them for having accompanied me so far on this adventure, this so called life, and the time I have spent on Earth. It wouldn't be nearly as magical without their music! 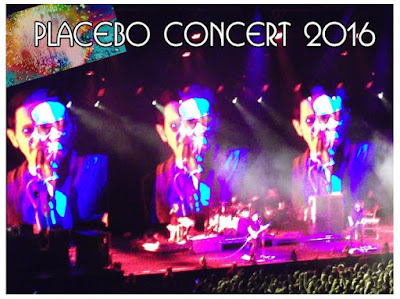 You can check out my photos of the concert by clicking on the picture above!
Bejegyezte: CsorEsz91 dátum: 2:53 AM