I was thinking about movies that I watch almost every summer and I wanted to write about a few of them because I have a couple of things I'd like to share. 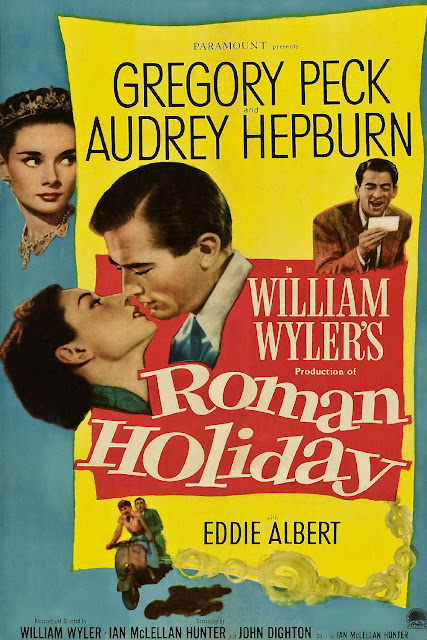 Princess Ann escapes during her European tour so she can see some of the city without her guards and her men telling her what to do. She bumps into a reporter, Joe Bradley, who decides to stick around her in order to make sure he gets an interview out of it, or at least an article that will help him get back to the United States. He grows fond of her and they have a great time. He decides to not write about their day, but keep it a secret between them after he has to say goodbye to her. 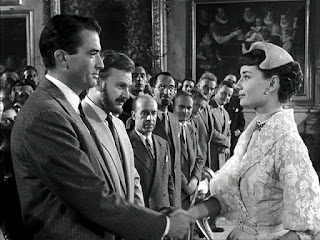 Now, a lot of people I showed this movie to did not like the ending of the movie. And it kept coming up and I decided to share my version of it, or, to be honest, my sister's version, as I find it to be the best. At the end of the movie the Princess is given the photos taken of her and the reporter shakes her hand. She goes on and he, slowly, walks away with a smile. Every person I know was sad about this ending because they wished for them to get together. My sister's interpretation was, that they will, just not now. The reporter can follow her, write about her, be the one who will report on her. They might not be able to be together because she is royalty, but that sure doesn't mean that they will never cross path. She is just about to inherit the throne. She has responsibilities that she cannot say no to. However, she was just a little girl before escaping and her adventure in the city made her into a grown up. She will never forget him and I find that beautiful. We all have those people in our lives who come in, change the way we live, the way we feel, and they leave. They are not meant to stay. But you never forget them, and if enough time passes it will become an endearing memory, despite the pain one might have felt when they left. Ann became a better person thanks to her adventure with Joe and I think that is the lesson here.

Watch it? Sure, it is a classic. You might not agree with the ending but I think it is left open on purpose. You can add your own touch to the ending of this fairy tale and it is a unique fairy tale. All others end with the boy getting the princess and I don't think that is always the best. Sometimes the fairy tale might not happen, but you are allowed to fantasies.