I decided to not set a theme for summer because there are a couple of movies I just want to have a chance to talk about before doing something big like #MusicalMay or #ApocalypticApril again. Here is one: 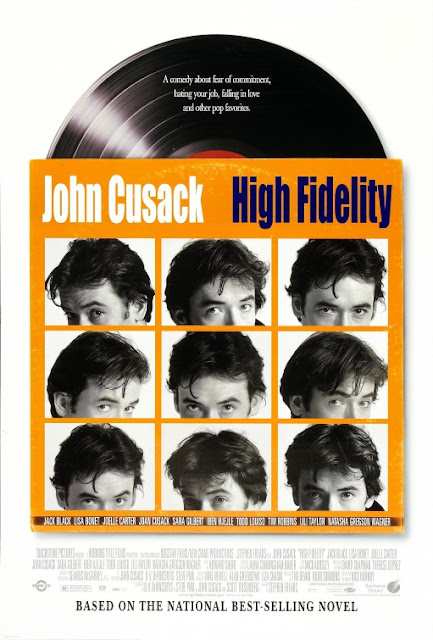 The story is about Rob Gordon, the owner of a record store, who loses his girlfriend, Laura, at the beginning of the story. He decides to examine his past relationships in order to see what went wrong with all of them, to understand how he ended up losing Laura. Through this journey he pokes one too many skeletons in his closet, but they all just assure him in the feeling that getting back his ex should be priority number one, as she is the one she wants to become a better person for. 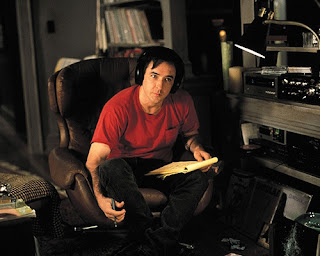 Right off the bat I have to admit that I have not read the book this movie was made from. The reason for that is very simple: I don't need to. The movie uses narration and the main character keeps breaking the fourth wall ensuring that the viewer knows what is going on. The movie is, and I've been told by my best friend, a perfect adaptation. I only feel the need to read a book when I got curious where the movie comes from, but here, it was pretty self explanatory and I do not expect anything earth shattering from the book. That having been said, although made in 2000, the movie still has that 90's vibe to it that I like very much. Movies in the 90s were a lot better than they are today... This movie too was pretty awesome if it wasn't for one thing... One thing that I find was completely and utterly unnecessary: the sex. 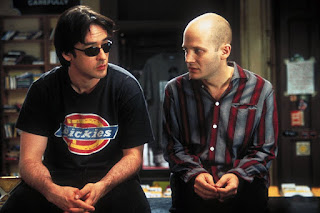 Let me explain. There are a few sex scenes and I'm going to be picky here and actually critique something that goes beyond the movie. There is one scene where Rob imagines his girlfriend with someone else, and I'm not gonna lie, it is a pretty hilarious scene. Nothing wrong with that one! It was well positioned and it serves a purpose. Now... remember: purpose. Second, Rob is happy that he might have a chance at getting back his girlfriend and he is so filled with joy that he goes and has sex with someone else... WHO DOES THAT? I mean honestly, if I have a chance with someone I'm not gonna go screw around, and this was especially stupid because he had already cheated on her once... he was lucky enough to lot lose her then, so why risk it now? Not to mention, that I apologize, but the actors had absolutely no chemistry whatsoever in my opinion. It was needless. It served no purpose. Third, Laura's father dies and they have sex in the car because she wants to feel something other than grief. OK. Now. Seriously, what happened in American history that we accept unquestionably the fact that people have sex at funerals? Who the f*ck gets aroused by the thought of someone dying? I had family members die and you know what? It kills you inside. You feel lost and terrible and sometimes the guilt kicks in telling you that you are still alive and you should feel bad about it. Which is followed by the guilt of knowing that being alive you should seize the day but it doesn't work like that. It does not. Never have I ever in this situation felt the need to find someone to have sex with... it put off the story for me in more ways then one and I was sorry about that. 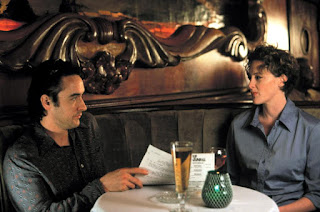 That having been said, do I have any other complaints? No. This movie was great. It is about a man becoming an adult. An that is hard, trust me, I know because I feel that this particular journey is ahead of me. I watched this movie because my best friend recommended it to me and I'm glad she did. Rob always makes lists of the Top 5 things in his life and that is something I do too. It was fun to see someone else do it too. I'm pretty sure that is why she recommended it to me. The cast is quite brilliant, I am always reminded of how much I love John Cusack, and well, his sister Joan is one of my favorite actresses. I just adore how they are always in each other's movies! Ultimately the movie is about a self-centered idiot who takes the time to realize what is wrong with him in order to make sure that never happens again. None of us will find the source of a problem if our first instinct is to blame others for our misfortunes. And many are yet to learn that lesson!

Watch it? Absolutely. I am thinking about re-cutting it without those two completely unnecessary scenes, I'm sorry, but they are just thrown in there... in a story about a guy who keeps messing up his relationships I have a hard time believing that he is just a playboy... Otherwise? Awesome film.