What's Next On My List? (Games) Assassin's Creed Revelations

As you know this is my favorite series and even if it took me years to get ahold of this game (legally!) so I can play it (shamelessly), after having gotten around to it I decided to share my thoughts as I have done before with the Assassin's Creed games. 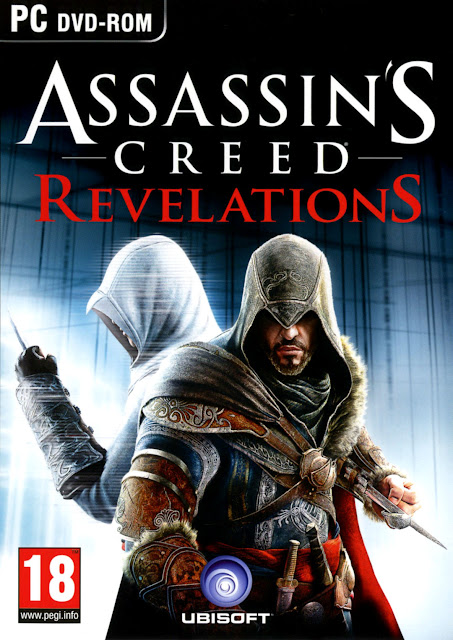 The story: Desmond is stuck inside the Animus as the machine is unstable. Within it he goes back to Ezio, who, in order to finish his quest in Istanbul keeps reading Altair's journals, in order to be able to give up the mantle once his finishes what he started. Desmond, however, cannot get out of the Animus until he completes the quests at hand. Ezio is also guided by the ghost of Altair, which makes this a game within a game, as you are no longer the only one going back in time to a former self. This is of course the problem with the Animus. In Istanbul you and the Creed are entrusted with helping the sultan Suleiman's rise to power, as his life is in danger by those seeking the throne.

Game play: Well, I loved this game to the point of going crazy for it. It was everything that drew me in when I first played with it and well, less Desmond... I feel that this game was created after the company heard all the complaints of the people. Brotherhood let you discover a city, get to know the surrounding, care for your recruits, so on. Whilst in ACIII (click here to read my review) I've found myself running from conflict to just go ahead with the main story, here, I just loved discovering the open world. Every AC game has an open world, however, it is important how you set it up for me to care. Here I did and I was doing more side quests as possible and that shows that the game really knows what it's doing! Not to mention, that the side characters were simply brilliant. Yusuf was the head of the Istanbul Creed, and there was a gentle lady Ezio befriended, Sofia, someone from Italy, and well both characters were charismatic and we got enough from them for me to want more. The person who thought them up did a fine job!
And not to be too hard on ACIII, the colonies were historically and geographically accurate, and the forests were beautiful, but way too big for it to not become boring after a while...
Mini-Bosses: Not much to say here, if you have played these games you know already that most mini-bosses come at the end of each sequence and sometimes you have to re-fight some of them. They were alright, none of them was too difficult or too impossible. Some took longer than others but not in a dragged out way.
The Boss fight: well, ultimately there were two major fights, one for Ezio and one for Altair. Now, the first and the second where both connected by the idea of being men to whom power was the only thing worth doing anything for. Others were turned and believed that those who would have given their lives to the Creed were the bad guys. In Ezio's present we have to rescue Sofia as well as uncover the plan to kill Suleiman before he becomes the sultan. In Altair's story, he must infiltrate the Creed and get rid of an old friend who betrayed him and made others think he was dangerous. After doing so you will get the Apple, the same used in Brotherhood, and you'll find it in Altair's library, the same place Sofia helps you uncover during the game play. Ezio is quite old in this game, and well, there is a sense of closure having helped him reach the library and having come to the conclusion, the end, of his journey. He was a wonderful character! 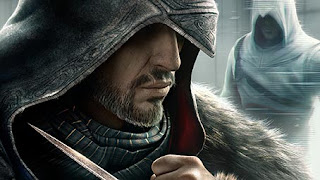 What didn't work? There was a new combat scene, in which the Creed headquarters were being attacked and you had to defend it. This was one of the hardest things in the game. It was enjoyable, don't get me wrong, I liked the setup and how I had to control people and try to think ahead. The tactics of it was pretty smart. However, it was super hard... most of my men died and I had to recruit them again, and again, and well that is something I got bored of quickly because I wanted to use my time the best I could, but I was just sending my men back and forth while not really advancing...
What worked? In its format the game is very similar to Brotherhood (click here to read my review!) , as in, you recruit people to the Creed and rebuild the city around you and there are several side quests. The music was great, as always, maybe this one is the best to date. Many other AC games tried to copy this formula but changed up the business side, or the battalion guiding to ships, and so on. Well, not all of them succeeded in it, to be 100% honest with you... this one, however, is a great example of what makes these games so wonderful.

This is gonna go down as one of my favorite games of all time. I highly recommend it!

Until the next item on my list!
Bejegyezte: CsorEsz91 dátum: 2:14 AM