What's Next On My List? The Fate of the Furious 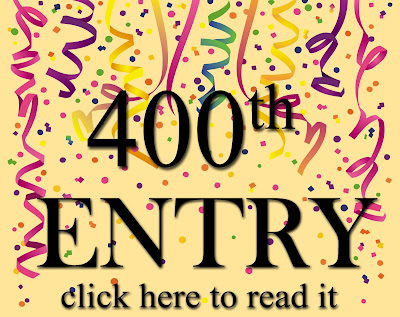 Well, it took me quite some time to get here, seeing that last year I just couldn't write for the life of me. Having overcome that block I have been slowly trying to get myself back onto the horse and trying my hardest to not let go. This year I tried to write a review almost every week and it was very therapeutic - as writing always is for me. I had 12 seminars, but I decided that I wouldn't set my blog aside any longer. Here we are today!

For this review I prepared something special. This movie series has been my favorite every since I saw the first one. I love all of them. I got goose bumps when the movie started and the first song came on. And, believe it or not, they do still manage to surprise me so many years later!

The Fate of the Furious 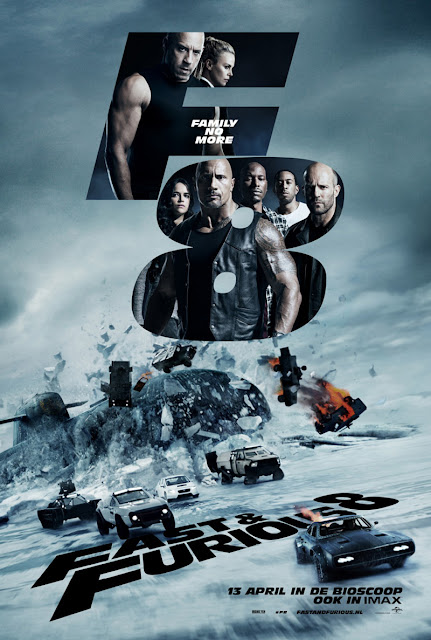 This time around Dom's hands are tied and he is forced to turn against his family in order to save someone irreplaceable. The others unite to stop him, or better yet, to understand why he would turn on them. The team, however, is not strong enough to stop him alone, as the ones behind Dom seem to be always a step ahead. Nonetheless, the fact that Dominic has gone completely rogue is not a certainty. 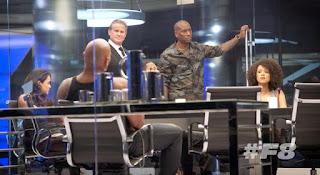 Honestly, I love this bunch and I love any movie they give me. However, I was personally surprised at how much I enjoyed it this movie. There is something new to all of them, you can't argue with that because starting from the set up of the group all the way to the villains there is always an extra element of surprise. What shocks me is that they always find something new, not to mention that from the start every movie played with the notion of hero vs. villain. When one is a hero in the next they are the villain and the next they are the hero again. This line is blurred on purpose. Many who are outlaws did not purposefully break the law, many times they were simply trying to get away from something far worse than themselves. 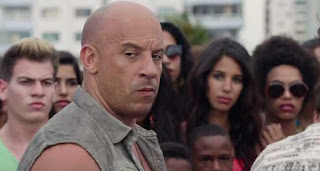 Not to mention that despite all the bad one might do, they do have a moral code of their own. For some it is money, undoubtedly, but that is often or almost always overwritten by their love of family. Something that those who have no such connections often underestimate, which is a good mechanic to create bad guys. I can tell you from the bottom of my heart that I would not mind breaking the law if it meant that I can secure the well being of someone I love. And when you think about it, this movie series begun with a story that made you root for the bad guy. You were on the side of the police but the whole story explained to you why you will care for the bad guy the same way the police will. Each movie deals with how hard it is to draw the line and I think it always fascinating to see each variation.

Not to mention that the celebrity cameos in this movie are by far the best ones :D I don't want to spoil anything, make sure to check it out yourself!

Watch it? If you haven't because you feel that this series has nothing new to offer, then you'll be surprised. I do suggest watching it because it fits into the narrative perfectly. Not to mention that they kept Paul Walker's character Brian alive, with a simple sentence, and to me that meant the world. The love this bunch of actors have for each other on and off the screen simply gives back my faith in humanity!