FRESH FROM THE THEATER: Guardians of the Galaxy Vol. 2

Let us take a closer look at the newest addition to the Marvel Universe a couple of weeks later after its debut in the theaters! (Will contain spoilers!)


Guardians of the Galaxy Vol. 2 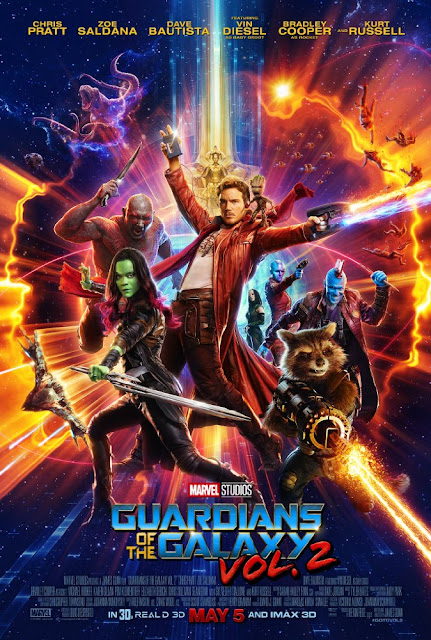 The Guardians have to tackle an enemy far larger than before, as Peter Quill's father shows up unexpectedly and Peter finds out his heritage. The others are divided, Rocket and Groot end up with Yondu trying to find their way back to the rest of the gang, while Nebula seeks them too in order to get revenge on her sister. Peter, Drax and Gamora go to Ego, Peter's father's planet, to learn about his abilities and his plan for Peter.

I cried. I had to cry so hard and I held - some of it - in, because I couldn't sob loudly with all those people around us. I loved this movie very much. It kept all the elements that the first movie had and it enhanced the characters. Not only was it logical and well built but on top of being funny it had a seriousness to it that it very much needed. 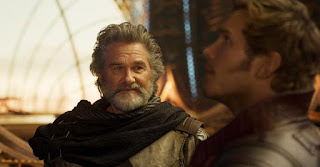 I am going to spoil the main plot now, because I need it to add a few thoughts to this review. Peter finally meets his father, a man called Ego who is originally a planet that learned to harness its energy and created a human form for himself in order to then travel around the galaxy. He implants seeds on every planet in order to then be able to control them, however, he alone cannot do so and he needs Peter too, as he has the power within him as well. A friend of mine told me that he did not like this movie very much, or to be precise, it didn't catch him the way he thought it would. I have been thinking about that and well, I can see why for some it wasn't enough. The movie is a cliché, since, Peter's main story is learning that his friends are his family and he doesn't need to know his past to know his future. This story has been done and re-done a thousand times. Do I mind that? 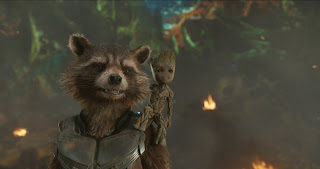 No, and here is why: if they package it well then I am sold. I have not yet seen an inter-galactic father-son interaction that kept me glued to my seat for so long until now. The movie had obvious story lines that will be a good tie-in for Infinity War, second, this could not have worked in the first movie... it would have been such an obvious way to enforce something that was not needed yet. Here, time passed, they have learned to care for each other, to love the others and the lesson wasn't that they are forever bound now, but that they do not want to go on without the others. This unity is of extreme importance because to fight the ultimate bad guy, Thanos, they need to trust each other. This is something that can no longer be said about the Avengers... Another reason why the next movie will be incredibly exciting. And there is so much more I could say about this movie, but I don't want to drag it out.

Watch it? I laughed, I cried, I had goose bumps and I wanted more. I think that is by definition what a good movie is. This is an excellent sequel in a world where sequels are rarely 10/10. To me, personally, this is a good movie that shows the makers knew what they were doing. They know the audience and care for the characters. I'd re-watch it anytime!