What's Next On My List? Rocky Horror Picture Show: Let's Do the Time Warp Again

Television has decided to start a series of live events with famous musicals and I am 100% for it. The castings are remarkable, in my opinion, and always have something new. Some musicals, no matter how much I love them, I will never see live and this is the closest I'll ever come to it. 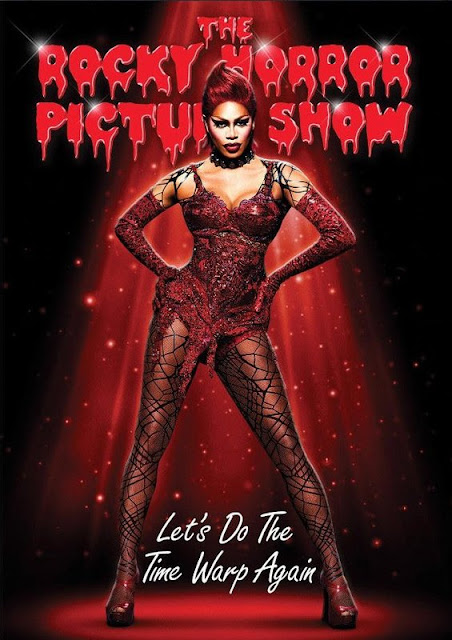 A young engaged couple gets lost in the woods and ends up in a castle owned by a Professor Frank-n-Further. On the night the Professor shows them her creation, Rocky, and from then on the horror ensues as the main characters lose all sense of who they are and were before that night.

Of course I don't have to tell you about this musical, everyone knows it, and there have been hundreds of versions since. The idea of actually casting a transgender actor, however, I think is simply wonderful. I adored every second Laverne Cox was on the screen! It drew me in right from the start. I adore this musical, the songs, the idea behind it, the intertextual jokes and the magic of the overall story. 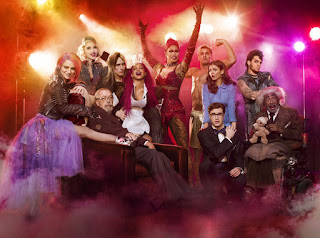 This musical probably has the largest fan base all over the world. It has been in the theater for the longest time, despite being a fail at the box office at first. Re-enactments of the musical within the theater are, I believe, some of the best ways to pay tribute to something people adore. Now, coming back to this version: it was great. It is different, but then again, what's the point of making it the same as the original? It won't be, so dare to pay homage but move on at the same time. A different angle, a different cast, a more open approach to an idea that was already revolutionary when it came out. As far as I'm concerned, the more versions the better, but people should be introduced to the original before getting to know the newer ones.

Watch it? Sure, it's good fun. Songs you love and actors you should get to know. One crazy night that can change your life, as it changed that of the main characters.