What's Next On My List? Reefer Madness: The Movie Musical

Here is a movie that teaches you about the dangers of pot smoking through a musical. In other words, the best possible way out there! 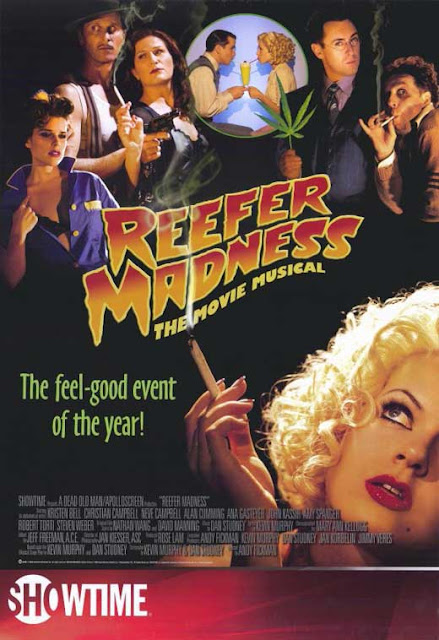 A man arrives in a little town to show a film about the dangers of marijuana in a local school for parents. The story is that of a good boy who was persuaded into smoking and couldn't stop himself anymore. Once in the grasp of the conman who sells him 'the stuff', the boy involves his girlfriend as well and it all ends in death. The man then highlights that he might be a bit exaggerating, however, the dangers of smoking should not be overlooked. 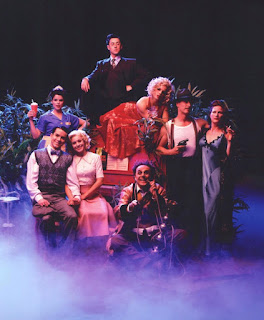 This was a fun tale, in my opinion, as it had a lot of jokes and little nuances. The songs were great and I don't know about you, but I get a shiver in the back of my knees every time I see Alan Cumming. He is a wonderful actor and his comedic timing really brought the movie together. This was the first thing I saw Kristen Bell sing in, however, my favorite actress in this is definitely Ana Gasteyer! The whole movie tries to parody these awful short films that people were always forced to watch to educate them and help them explain the dangers of the world... and the parody works. You wouldn't expect anyone to die in a film about, well, pot. I said it like that because we live in a world where there are drugs far worse than something which is becoming legalized in many parts of the American continent and Europe. That said, this movie is a perfect example of how easily things can get out of hand, and putting it into this context, which highlights the silliness of it, works perfectly. Gotta say, my favorite thing about it were the visions of Jesus some of the characters got when high.
And the lesson here is that people can be controlled so easily with fear. The marijuana can be substituted by anything contemporary, from immigrants to a country that has more money. Anybody can become and enemy if you force enough fear onto someone. That is simply scary and that is something the movie highlights. Unfortunately people never learn this lesson.

Watch it? Well, it escalates quickly, I can tell you that, but without it how can you say that it is truly dangerous? The movie brings the point across, with good actors and great songs. It might not be on your top ten list of movies to watch next, but if you like musicals then it is a must!