I wanted to write this because after having watched it I felt super bad about how people reacted. I believe that the show was very badly advertised and that is one of the reasons it failed. However, having watched it I can't really sit quietly and not add my thoughts. And guess what, it is in this series because Dirty Dancing has been made into a musical and this movie basically adapted the musical, not the movie... see why it was badly advertised? 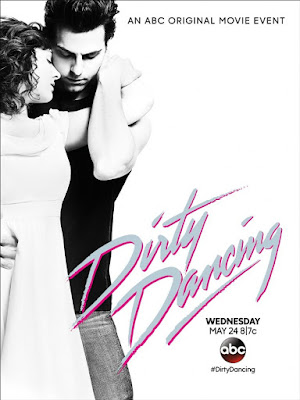 The summer that changed Baby's life. Her family went to the Kellerman Lodge for the last three weeks of summer to wind off a bit. Baby gets involved with a dancer, Johnny Castle, while her sister befriends an African-American boy, and their parents have to face up to the fact that their lives are not the way it used to be. 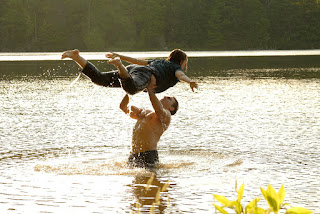 Honestly, it wasn't that bad. If you watch the original, it is about a summer romance. It is the dream of every single girl, but in the background there are more stories. This version did not try to remake the movie. It tried to tell those stories. Honestly, at that, it did a wonderful job! There was this comparison between the perfect romance and how a marriage can go wrong, even if it developed the same way many years ago. I love how people criticized the singing... this is the musical you f*cking idiots, why do you think they hired actors who can sing?! First, yes the 'this is feminism' was a bit forced in the beginning. But after that there was a relationship of a mother with her two daughters and a marriage she is trying to save; then an older sister who wasn't made into an idiot (which I loved!), but who sought to be more than she was before, striving to be like her sister. Baby has a relationship with Penny, which was very much needed in the original. Not to mention that I couldn't care less about the women Johnny was having sex with, because they cheated on their husbands, and here Vivian was just someone who felt alone. You feel for her and I loved that these characters from the background were brought into the foreground. The movie reminds you that bad people get what is coming to them, not to mention that there is always something you can do to save what is important. 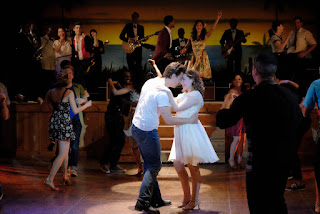 Is it perfect? No, of course it isn't, but it does not make the original null... people always forget that and attack remakes as if they are meant to rewrite history or something... it's stupid. People are stupid. Try and find normal arguments if you wish to attack something. There was a frame to the story, in which Baby goes to see the musical version of her summer, which was choreographed by Johnny. And you know what? That was indeed stupid. And you know the green screen effects were all effing awful. The main character, Johnny? He looked more like an Elvis Presley impersonator and I don't blame the actor for that, but the make-up department. I liked it, because I took it as a mash-up of the highly successful musical and a summer romance movie that everyone loved. Are there weird moments? Sure. Is calling it an utter shit correct? Far from it!

Watch it? I don't think it will make any difference at this point, but if you do just keep an open mind! This is a different story, and there was instances that are much better. No cheating, for example. I liked that. Some characters could have gotten punched though, I missed that. But these are small details that can be picked on but do not make the remake that bad!