Growing up we all had our share of Don Bluth movies, and when you think about them now they are all, well, awful. Just awful. Not the art or the story, but the whole... like you showed this to children?! This is traumatic! It's much worse then the forced orphan story in every Disney movie... that said, there was one that despite being a bit strong, was still awesome as hell: 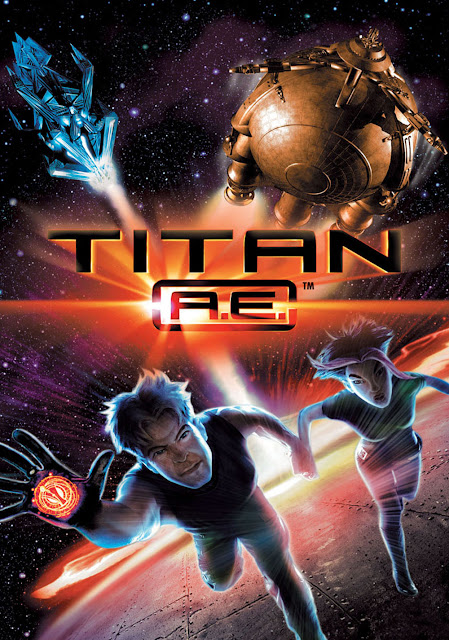 Humanity was attacked by the Drej, an alien race made of pure energy, which in fear of us decides to destroy the Earth. They are successful but some manage to escape, along with a ship called the Titan, which has the ability to simulate another big-bang, thus giving life to a new planet. The Titan is hidden by its inventor and both humans and the Drej seek to find it before the other. The key to the Titan is on Cale's hands, the son of the inventor of the Titan. Cale must hurry to reach it before the Drej do, who seek, after all these years to wipe out humanity. 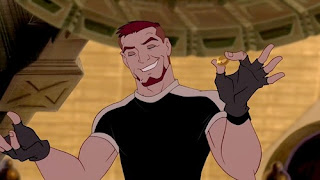 The story is post-apocalyptic really, as not only was humanity destroyed but the planet itself. Humanity's worst fear of being wiped out by an alien race has become a reality. And when I re-watched it a couple of weeks ago I was amazed that actually the motivation of the enemy is not unjustified. Cale's father says that their ability to create planets and life is something that can be feared by others. Playing God is very problematic and not without reason. The Drej might have overstepped in wishing to destroy the human race, but when you think about it, fear is a strong motivator. Fear can make you do foolish things. Unlike every other alien race so far that only wanted to rule our planet (I still don't get why though...), the Drej feared us. Us, the one planet that every other enemy deems unworthy and about as good as slaves. That is important. That is unique, in my opinion. 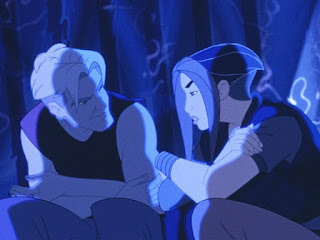 The different creatures and the twists in this movie are phenomenal. I loved how we could discover galaxies and far away planets. I also like that our main character, having actually nothing to lose, decided to fight until his last breath to ensure that those who did survive will have a planet they can call their own. Many of course only wish to get a payday out of the catastrophes around them, but others endure and fight. I just loved the energy of the characters. And I also loved that I wasn't supposed to care just because they are the humans, because they are the ones I am supposed to feel the closest to, but because the story took time to make me care. I was introduced and shown who our heroes are and their adventures enchanted me.

Watch it? I highly recommend it. Yes, a lot of people die and yes, there are some parts of that still scare the shit out of me... I don't know if I would show it to children, but it is definitely a movie that has aged well, keeping its magic with a story that in a world of alien attacks coming from every angle is still creative and unique. I would definitely include it on a bucket-list of apocalyptic movies!