This movie too was part of the curriculum and because of it I watched it, and even though I wasn't crazy about it at first, my opinion didn't change after we talked about it in class. 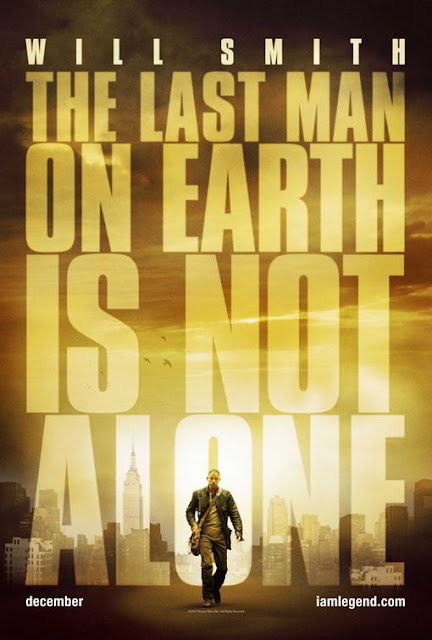 Robert Neville is a doctor who believes to be the last person alive on this planet. He lives with his dog and survives in a home that he seals up over the night when the monsters come out. He captures one of them and does experiments to determine the cause for the zombification of the population around him. One day, however, he meets up with a woman and her son who are traveling to a place that is considered to be a safe haven. A place that has survivors. Robert never travelled, because if the place is a myth he could never get back before the dark hits again. Robert does not make it, but the woman and her son decide to travel on and do find others who haven't been infected yet. 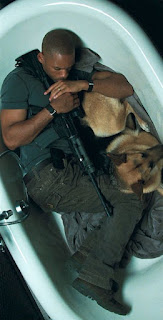 First of all, I'm not a big Will Smith fan. He is a great actor, don't get me wrong, and in the end I am always pleasantly surprised when I see him, but I don't look around for his movies. In this case, he alone was just a bit too much for me. Second, the casting choice actually bothered me more when I found out that the movie is based on a book according to which the main character is a vampire hunter. Yes, those zombie-like, well... not even that. What were those creatures supposed to resemble? Yes, they come out in the dark, and are probably not friendly with the sunlight, but I would not have designed them as such if they were supposed to look like vampires. You can debate me, I don't care. I don't like this movie. After I heard the origin of the movie I just... it became clear in my head what I would have liked to see and this was not it. Smith is very lovable, that's fine. When it comes to the horror and the scary elements, all good. The movie in itself is fine, the 7,2 rating on imdb is actually very fair. I am not saying that this is a bad movie at all, but I personally don't like it. And the reason for that is three, they killed the dog. HOW COULD YOU?! F*CK YOU MOVIE! You think I care about anyone else except the dog? How stupid of you. And I know I'm not alone. No matter how happy I was to see that this wasn't, after all, the end of the world, I still cried as the movie insisted on the clichés of killing off characters to get you invested, but to me it backfired. Unfortunately I didn't see enough of Robert to care and was destroyed over losing the dog.

Watch it? Well, yes and no. As I said before it is not a bad movie so if you are looking for a bit of sci-fi, horror and drama as well then you might have a winner on your hands. The casting is fine and the story is intriguing, however, I can be critical when it comes to adaptations and knowing the background I wanted... not more, but something else. I'd say that this movie was inspired by the book rather then based on it.