Finally got around to seeing this movie and I wanted to make sure I wrote about it a couple of sentences, because it was a wonderful experience. 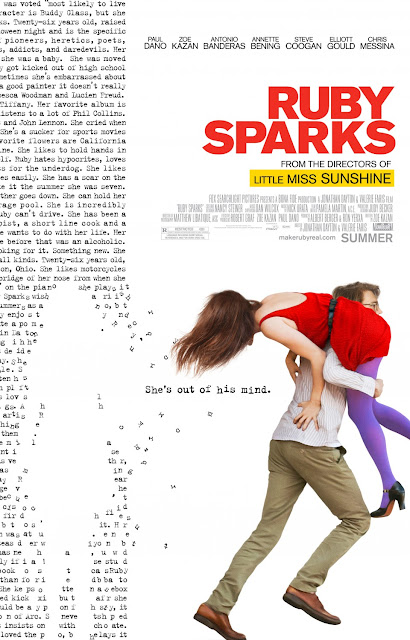 After a long period of suffering from writer's block, Calvin dreams of a girl and decides to write about her. Next morning, however, she appears in his kitchen and he is not the only one who can see her. She is as real as she can be, and she is everything he wanted. But she is not a puppet, and as time passes the relationship tumbles into obstacles, but the fear of losing Ruby drives Calvin to write about her more, but she is never the same again. Calvin learns to let her go, because he loves her. 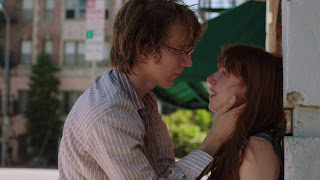 This movie I think is another great example of how and why independent movies should be ruling Hollywood instead of big corporations. Some people just see 'money money money', in reboots, and sequels and prequels and spin-offs of movies and TV shows, and bla, and bla, and bla... It gets boring. It gets boring because somebody already did it. There is zero to no creativity in Hollywood nowadays. Vampires were kind of a new thing, but they are also overdone. The idea of a writer's perfect girl coming to life thanks to the typewriter is brilliant. Not to mention that the characters are, despite the magical element, very real and with two feet on the ground. 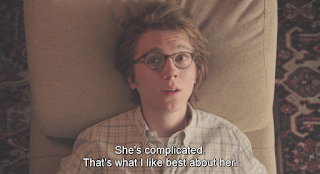 Calvin manages to commit the same mistakes he did in his previous relationships. He puts himself above the other one and ignores that he is the one driving them away. In his head he is not at fault. He learns that if he loves her he has to let her go. After he did he sits down and writes about it. I am just like that. I need to write it down, write it out of my system and try to make sense of it. Not just that, but also learn from it. The more painful the experience the more I want to learn to avoid it in the future. Writing to me is sacred, and I could relate to Calvin in every scene, every emotion and feel the strength and pain of his love. I am not a good writer, no bestsellers in my future, this movie on the other hand was just a home run, both in writing and in directing.

Do I recommend this movie? One hundred percent. It is creative, funny, full of soul and heart. It has emotions that one can easily relate to, but packaged in a story that is new and creative. I enjoy Zoe Kazan's writing immensely. I hope to see more movies from young artists like her because I believe they are the future.