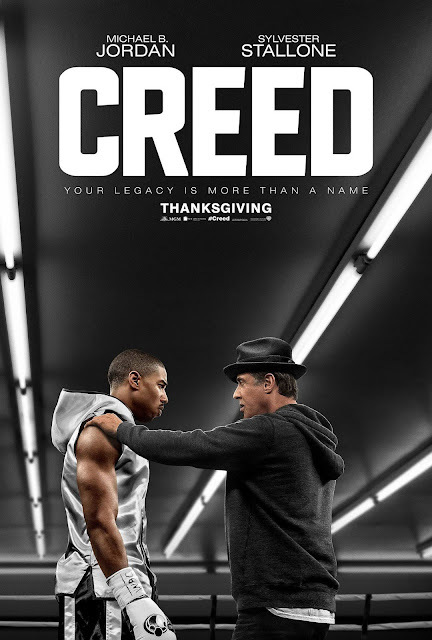 The son of Apollo Creed, Donnie, seeks the help of Rocky Balboa because he has a fighter in him that is still very rough around the edges. Apollo had died before he was born and Rocky has no one left, as his best friend and wife passed away and his son decided to move as he could not handle the weight of being a Balboa. Rocky decides to help Donnie and the two get closer and became a family as they try to make the champion out of Donnie that his dad, both his dads, were once. 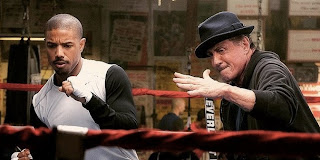 I'll tell you right now that he should have won the Oscar for this part. Stallone not only brought back the character of Rocky that so many people fell in love with - bit slow but with a heart of gold -, but he managed to elevate it to another level. I am sorry but the main character did not have much... of a character. That is the best way to describe it. His performance was basically repeating "I want to fight", but with synonyms and different ways. That was it. Rocky on the other hand... the first scene where you start crying is when you see him go to the cemetery, where his wife and best friend are buried. He gets a chair he keeps in the tree, letting you know already that he goes there often. He then tells Donnie about his son who moved away. This is behind the scenes information, but in the other Rocky movies his son was played by his real son, Sage Stallone, who passed away at the age of 36. Rocky tells Donnie that his son is happy in Canada, and that makes you smile, the idea of him still being alive somewhere out there. Nonetheless, Rocky is still alone. 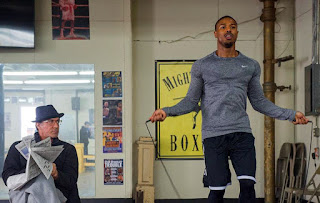 He is then diagnosed with cancer, because you were not crying enough already... and he refuses the treatment at first, saying that his wife tried that. Adrian, whom he even named his restaurant after, died of cancer. Donnie argues with him that he too needs to fight and that is when he gives him a speech about the fact that he has lost everything. That he has no reason to fight anymore, if he can get back Adrian maybe, but otherwise, what is the point? And Donnie is offended of course, as he thought of Rocky as family. The two start to fight together, Rocky battling the cancer and Donnie battling the ghost of his dad as well as he can.

Watch it? If you liked the original, yes, because it has the same pace, colors and feeling to it. The idea is very smart and the delivery on the part of Stallone is outstanding. I remember him saying that it has been so long since he's been to the Oscars, he no longer owns the appropriate tux! To me he was the clear winner and this movie will be a reminder of that always!