You already know this is awesome, but I have to talk about it nonetheless, seeing that it has been nominated for an Academy Award, I thought it would be a good excuse to bring it up! So let us dig into the cutest and loveliest of all Disney movies: 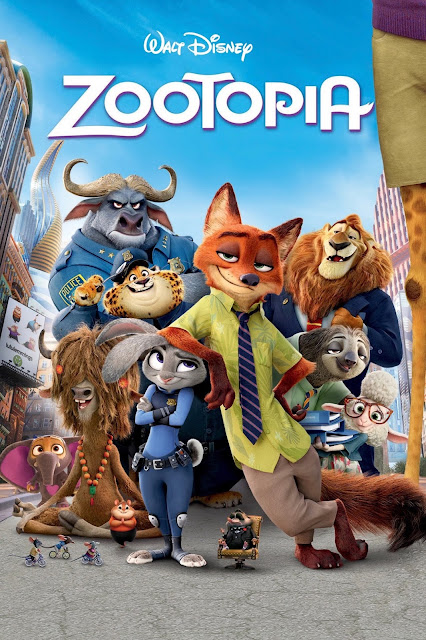 Judy Hopps becomes the first police officer who is not a predator and she believes she will be the best crime fighter. However, her boss has other plans for her and after having made him mad she is left alone to solve a case that no one could solve. For that she decides to recruit, against his will, a fox by the name of Nick Wilde. He is a conman, but he knows the city and a lot of people. The two make an unlikely team and are able to crack the case.

Of course, you have already seen this film, more than once probably, as have I. The attention to detail makes you want to go back over and over again and see every little thing, worried you might have missed something. The characters are super fluffy and cute and you can't help but love them. The story is not the most original you could have, but who cares? The twist got me, actually, and it is about delivery. Most movies play with the same stories, but the dynamic of the characters is what sells it, and here? Trust me, it did just that!

The story is that of someone who got bullied all their life and decided to take revenge. The plan of course has to be big enough to make an impact, but Judy has, in all her life, fought for what is right, and with or without a badge, she is not going to stop. Nick, on the other hand, was also bullied as a young fox, but he decided to run away from it, and with good reason. Each character had a solid motivation and that is what makes them relatable, even the bad guys. There is a common ground and what they made of it is the interesting part! Good or bad? How bad? And is there a chance for redemption? 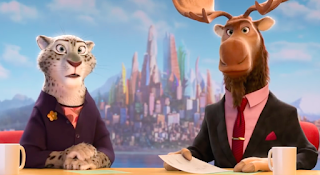 Of course it is no surprise that this movie was nominated for an Oscar... every year there is one Disney movie nominated, even the bad ones... and they always win, Dreamworks kinda has to be told off, although they make great cartoons too. And I am yet to understand why on Earth can I still find Frozen merchandise in the stores instead of Zootopia... I would buy that without question!! I would sure love to see more of this universe, even in a different style, 2D even, think of the facebook stickers, they are super cute too! And of course, maybe cute was not what they were going for, but hey, it worked!

Watch it? What, you mean you haven't yet? What is wrong with you?! Go and watch it, now! Buy it, show it to your children, spread the awesome story that is Zootopia, as it teaches you to live your dreams and fight bullies all your life! What better moral message do you need?