FRESH FROM THE THEATRE: Assassin's Creed

Let's be honest, movies based on games can't win with the public... I, however, went in with an open mind. Needless to say, this is my favorite game series of all time, so I was judgy, but I decided to leave out all of my worries and concerns before entering the cinema. Let's see what happened next: 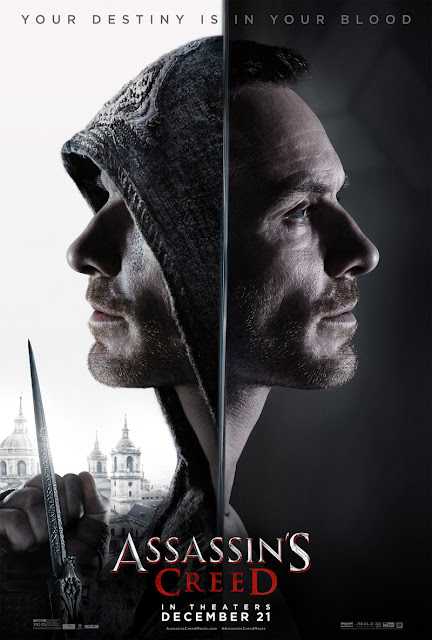 Cal Lynch gets a chance to live a new life without his past act following him, at the condition of helping scientists retrieve something they lost in the past. In order to do this, he is put in a machine which lets him enter the memory of his ancestors, in particular that of Aguilar, an assassin at the time of the Spanish Inquisition. Cal is reluctant to help these people, until he gives in just to be free, but only then does he realize that he is aiding the Templars, the very group Aguilar and all of his ancestors before swore to defeat. After having reclaimed his memory and his knowledge of the Creed of the Assassin's he and others take up the hood again to fight against the Templars.

I f*cking loved this movie. Don't listen to anyone, go and see it! Every single movie adaptation of a computer game is either a complete remake of the game - except you can't play it -, or it comes up with a shitty background story for one character that has little to nothing to do with the original. Now, this movie is NOT like that. The movie builds up what you as a player already know, but with a different character, with someone you spend time with and you begin to care about them. One of the main reasons player don't really care for Desmond, the character you play with in contemporary times, is that you never get to know him. He is deceived by the Templars and then is saved and he is used, now by the good guys, to do the same as he would've for the Templars. He does have his father present but it is very limited and sometimes annoying compared to the magical world that opens up once you enter into the animus. 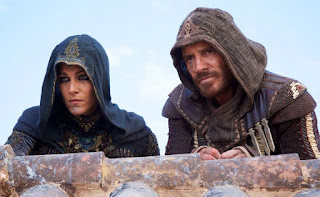 Going into the present was a nuisance when playing the games, but it isn't in the movie. The story progresses both in the past and the present and because they introduced the character in much more detail you do have a genuine interest toward knowing what will happen to him. Or at least I did. And then there are the women.In the past we have someone who is fierce, a badass assassin who clearly has an emotional relationship with Aguilar, but they never kiss, never profess their love, it is simply in their eyes and it was done beautifully. The other women is of course the enemy. 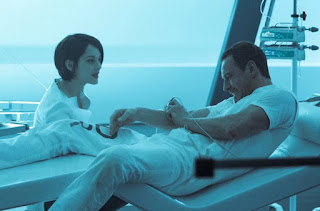 Sofia is a scientist working with the Templars, but her motivations are unclear. She does not seem to care about the war between Assassins and Templars, she too is deceived in a way, as her work was used to aid a war and not for good. On some levels she new, because she new her father and the kind of men she worked for, however, when her father used Cal's hatred of his own father to get him to cooperate, her feelings changed. Not just that, but through animus she was able to see other assassins and among them she recognized one who seemed to be her ancestor. It is unclear how that is possible, but I am guessing she was adopted or stolen by the Templars at a young age. 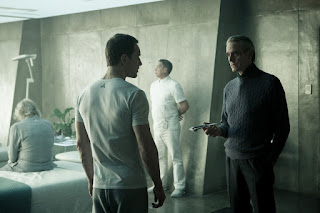 This movie was the first step. I think there is so much more that can be done now that they opened the universe! I did not care about the fact that most of the scenes were in the present, because you need people to get involved. The action scenes were simply brilliant and when yo understand how the use the animus... oh boy!!! Using this machine is very dangerous and you need to set that up! Even in the series there is just a separate game that left the main character stranded in the animus with no way out at first look! You might be upset that some characters point out moves that are well known in the game, like the leap of faith, but I wasn't because it was set up properly! There is a difference between forcing onto the viewer that "you could do this by pressing R2 and X", or if you have a background as to why such move is important. 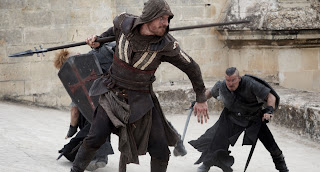 In the movie Cal disconnected from the virtual reality when he failed the move at the first try. This is important! He could die! If something is set up properly it does not feel forced! Not to mention that when the characters are in the past? Oh my god... the costumes and the colors and the fight scenes! I found myself squealing with joy during the fight scenes! And you know what? They were in Spain. They portray native Spanish men and they spoke in Spanish in every single scene that was played in the past! It is simply genius! You know how much easier it is to do it in English, and pretend that of course they were speaking that other language, blah-blah. But no. Not here. They portrayed men whose mother-tongue was Spanish and they stuck with that. Done beautifully.

I really don't think people gave this movie a chance. It was postponed for years because they wanted a good script and guess what, they got it! It was made with great actors and they set up this world all over again leaving place for new stories and new ways to relive the past. I personally am dying to see what a new encounter between Sofia and Cal would look like. The game itself presented a universe that is not finished. There are hundreds of assassins with hundreds of descendants. This was the story of one of them and in my humble opinion it was done magnificently!

Go see it for yourself!