FRESH FROM THE THEATER: Doctor Strange

For quite sometime I have been looking forward to this movie more than any other Marvel film. Why? Simple. I am f*cking tired of Earth... I loved Guardians of the Galaxy because it had only 2% relevance to this godforsaken boring planet of shit... for a Marvel movie to get me interested it has to give me more than superheroes... I still haven't seen Civil War. And well... I decided to watch Deadpool while sad - as to let it cheer me up - and I only laughed at one joke. I got why people loved it, I'm not stupid, and although I believe it to be incredibly faithful to the source material it just wasn't a hit for me. Maybe I should watch it with someone who really liked it, or whilst I'm not depressed, but that is not the point. I need to be taken away from this world! The reason I love Star Trek and can't wait for Passengers is that it gives me something more! I already know that there are no superheroes, so give me something that will make me believe. And that is what I wanted from this movie: 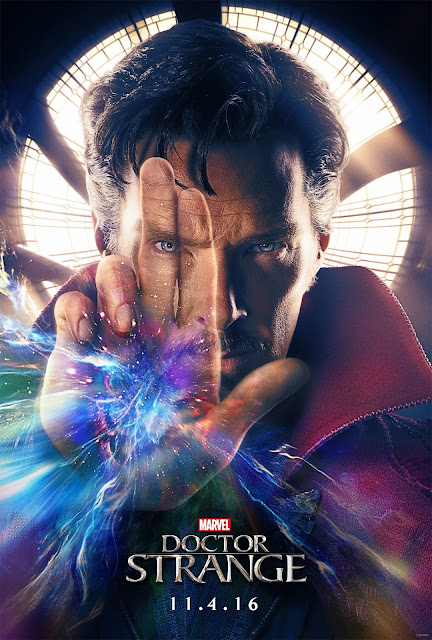 The story is about Dr Stephen Strange, a neurosurgeon who is unable to operate after a car accident damages his hands. Not being able to envision any other life for himself, Strange decides to seek any and all help possible to get his hands back. This journey leads him to Nepal, where under the care of the Ancient One he learns that there is much more to the world than just medicine. He learns, slowly, but very affectively the ways of magic, but at the same time there is a disciple, Kaecilius, who wishes to allow dark forces to roam the Earth. Being dragged into the war, Strange is left to choose a side and he wishes to save all and everyone he can, but to do so he breaks rules and there are consequences to that...


"You always excelled, but not because you crave success,
but because of your fear of failure." 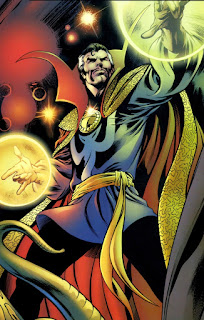 Now, needless to say, I too wanted Benedict Cumberbatch for this role, much much sooner than any news of it actually happening came out. I remember first encountering this character in the Ultimate Universe and then again in games. I grew fond of him and well that facial hair... you gotta love any man who takes time to perfect a goatee or a menacing mustache! Patience is very attractive quality to me! Not to mention that... just look at the comic, look at him! Can you imagine anyone else playing this role? Ever since 2006, when I first encountered Cumberbatch in Amazing Grace, I felt that this guy is yet to be discovered. I am super happy that he did Sherlock because it was a great chance for people to discover him (and pretend that he was not mine first...), and thus rising to the occasion to play this role.
Now, let us actually discuss the movie. Where can I begin? What have you not heard yet? I could tell you about its brilliance, and how Marvel makes great origin stories, but I am certain you already knew all of that. What I look for in these movies, what catches my attention, is the things that might go unnoticed to others. As my friend was sitting next to me and she sighed every time they showed Nepal (she find herself there too, kinda like Strange!), I realized why this movie was better to me than many others: it remained relatable without shoving down our throat its message. There is so much clever dialogue, and so many quotes you are going to see over and over again for years to come, but that only showcases the beauty of it. Dr Strange actually takes you on a journey. He got his powers from reading and learning! You might love Iron Man, but you are no billionaire scientist, and you might even like Captain America, but good luck being him without the super soldier serum! Doctor Strange? Well, there is a world where you can become him and I find that to be a very comforting. 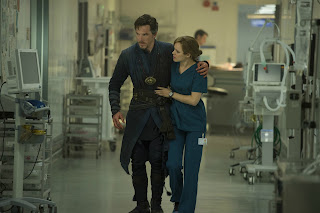 There were jokes, plot twists, a worthy villain... the villain. When you think about Marvel villains, they are always a small part of a bigger picture. And isn't that how it works in the comics too? :D Here is why Marvel gets it right and DC does not... One brings the comic to life, the other one gets actors to read out the lines from their most well sold comics. That is why Doctor Strange, who was in no way such a star as e.g. Spiderman, still made for a better movie than any DC movie will! What else? Love. Oh boy, I died a bit inside. This was, in my opinion, the most beautiful love story so far. It took cliché and played with it, and the fact that there was no declaration of love or 3 hour long make out session made it a lot more genuine than a 90 minute romantic movie ever could be. Oh yeah, and if you blame this movie for whitewashing, you clearly did not notice that 85% of the cast was NOT white...


“We never lose our demons, we only learn to live above them.”

SPOILER TIME: The end credit scene showed Strange talking with Thor, who wished to ask for his help to get Odin back, because his brother Loki is a bit mischievous. Now... WHAT?! The end of Thor: The Dark World was Thor thinking Loki had died, while the latter actually took their father's place. When did Thor discover that Loki tricked him? Did I miss a Marvel movie? And which one was it? Also... like, if you did not know Mordo was a villain, your geek badge has to be revoked!

Watch it? Yes. Not because it is trending, or because it is a Marvel movie. Watch it because we have all been broken once, on the floor, begging for better days to come, or to find back to the good ones. And this movie shows encourages you to not give up. At least it did for me. And I loved every second of it!