This show is based on my favorite book of all time and I was very excited to see what they were gonna do with it. When I found out that J.J. Abrams would be involved, I knew I was in good hands. I wasn't sure about the casting, but I do had an open mind going in to see the first episode, and by the end of this review the whole series will be over. So let us review: 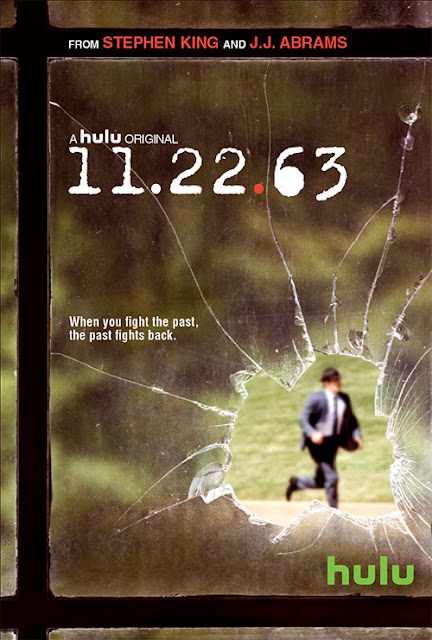 Jake Amberson is a high school literature teacher whose friend Al entrusts him with a mission: to go back to the past and save President John F. Kennedy from being assassinated. His mission is complicated by him meeting the love of his life as well the past pushing back every chance its got. Not only does he not know what he'll do after the mission is over, but he questions whether or not he should do it all. The future doesn't turn out as it should, but it teaches him that just one person can make a difference. 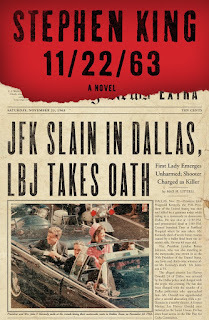 11/22/63 was the first book I read from Stephen King and it became my favorite book of all time. I love time travel, especially the kind that is well thought out, not to mention historical fiction. You can see that the writer handled with care every scenario possible and thus ensuring a satisfying beginning, middle and an end. The book itself became a favorite because of the main character. Jake was someone I could relate to easily, both the writing and the teaching and his wish to make a difference. This wish to get up and do something with his life other than grading papers... I understand that. Sure, his adventures are not something everyone can handle, but his motivations and his will to fight through nightmares is something to aspire to. "Those days of substituting reacquainted me with a basic fact of my personality: I liked writing, and I had discovered I was good at it, but what I loved was teaching. It filled me in some way I can't explain. Or want to. Explanations are such cheap poetry."
Jake Epping is someone who cares a lot, about his friends, his students, his love and just because of that it is very easy to relate to him. 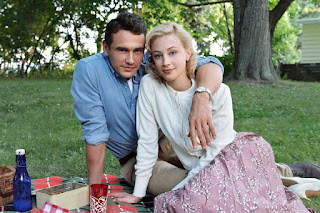 Here's what I love about the book: besides the time travel, Jake's motivations and his drive to do everything he can to keep a promise, and finally his love for Sadie. And all these three were kept in the TV show. Of course there were some minor changes, additions and so on, but I always say that if the changes work within an adaptation then I am fine with them. Jake's character is multidimensional and there is an evolution to his personality which is very much important for the viewer to love his character as much as they would while reading the book. Once Jake gets back to the present, he is a different man, he is changed for good and it wasn't just an adventure for him. He lost things he didn't think he needed in the first place and has come back to a life that is empty. It might have been to begin with, but he is now conscious about it and that makes it even harder. "Can I really be thinking of risking the world - perhaps reality itself - for the woman I love?". Knowing that the love of his life lived a happy life is the thing that makes him able to give up on their life together. 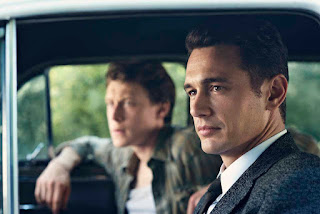 One of the major changes was the addition of a helper for Jake, Bill. They meet when Jake tries to stop a man he knows is going to kill his own family. He is forced to tell Bill about him coming from the future and he takes Bill with him. The book was of course a form of diary and in order to make sure that the viewers got the monologues in the protagonist's head they were turned into dialogues. The way the story was changed was genius and it was written very well. So much so, I remember, when I re-watched the series with my sister and when I told her that Bill wasn't even present in any of those scenes, she couldn't believe me! The makers clearly used the source material very well and I have read Q&As with Stephen King saying that he preferred many of the changes and that reassures me in the feeling that this was a brilliant adaptation.

I highly recommend the book as well as the TV series. It is only 8 episodes, a perfect mini series with great characters, a great story, some tearful moments and a bunch of action. You get to love the characters, you get to fall in love, fear, fight for your life with Jake with the wish to risk it all to save not only the President of the United States, but the love of your life. Other than being a wonderful historical fiction this story truly gives a bit of perspective into how sacred every single life is. And we might fight as hard as we can to change that, but we don't always have the chance. This will always be one of my favorite stories of all time.