I hate to start off the year this way... but I really want to pay my respects. While writing this another one of the best British voices has passed away, and I'll be sure to mention him in a different post, because I loved him dearly too. Nonetheless, this Monday (on the 11th of January 2016) it was announced that singer and songwriter David Bowie has passed away and I wanted to take a chance to tell you about how and why I loved him.

[during an interview about his new album in 1999]
"I have nothing to say about the new album. Can I go now?" 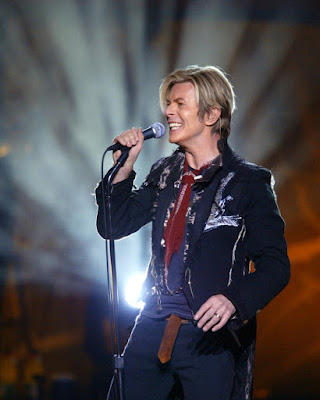 My first encounter with David Bowie was ... terrible. I'd like to address that it was, however, not his fault, but my brother's. He rented Labyrinth and we started to watch it but I was too little and I completely freaked out because of the little goblins and monsters who came to steal the baby in the beginning of the movie (oh yeah, spoilers). It took me several years to gain the courage to rewatch the movie and up to today I still haven't actually seen it from beginning to end. I have, however, fallen in love with the songs in the movie. It wasn't until high school that I actually got around to listen to other songs from Bowie, but until then it was the sweet voice of the Goblin King that helped me fall asleep with "As The World Falls Down" for more than 10 years now.

To me, he'll always be the Goblin King, for some he is Ziggy Stardust, and for others he is simply Bowie. What changed him for me, the person who made him a singer again was my biology teacher in high school. He loved Bowie and he - being an singer himself - often shared and sang songs of his. That's how I got to know him. From that point on I listened to all sorts of songs from him, but among my favorites there will always be "New Killer Star", which my teacher showed me on our way to Prague for a class trip. And then "Absolute Beginners", which my teacher sang to us when we were graduating.


"I always had a repulsive need to be something more than human." 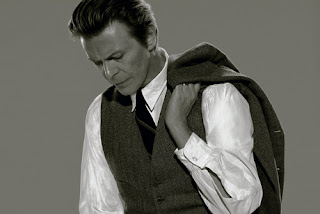 The last chapter was of course the soundtracks he contributed to. I just read a list of movies he contributed to and well, it is true that he was also an actor that had several movie roles - not only Labyrinth had a musical base, but others too -, but here I am referring to people using his songs in movies. One example, one that really hit it out of the park for me by transporting me back to the 80's, was "Heroes", featured in The Perks of Being a Wallflower. The movie had a bit of a modern style, but the moment you hear this song you know you are back in time. Others include "Underpressure" in Grosse Pointe Blanke, where it is used at a high school reunion, then of course "Changes" from Shrek 2, and finally my favorite... I have a favorite movie, something I rewatch every year on my birthday and well, that being the case Bowie's voice is always something that comes with the celebration. I not only love this song, but the lyrics for me are simply divine, and that is "Young Americans", featured in Sixteen Candles.

"All my big mistakes are when I try to second-guess or please an audience. My work is always stronger when I get very selfish about it."

I was not a super fan, I'll admit it, yet more than once he got under my skin and made me feel things a lot of other artists never could. Artist, yes, that's the best way to define him. He was a singer, yes, an actor, but really he created art with his music, by working in every field and genre and evolving the way many other 80's bands and singers never could. Not to mention his music videos are really something out of this world sometimes! And that's great, you know? It makes you think, it makes you wonder and ponder about a lot of questions that wouldn't have otherwise crossed your mind. I love those because I like to be prepared for the future. I know that's impossible, but it still calms me down.


I will miss him, but otherwise I know that I can at any time pop in one of his albums and he'll be here with me. And I think that's the best thing about songs and movies: once they are out there I can get them back any time I want and they will never leave me. And we should be indeed thankful that we shared the Earth with him, because he was truly magnificent. 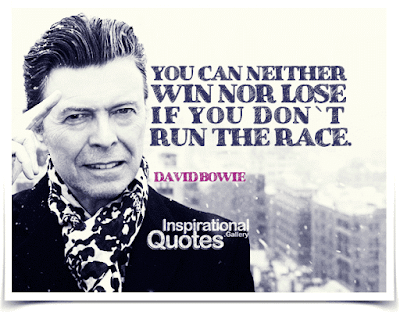