This came out just a year ago on Christmas day, actually, here in Hungary and I meant to cram in a review, but I didn't see it then, just a couple of months later, so it is not so Christmassy to me as it is to others. Nonetheless, it has to be mentioned. Let us review: 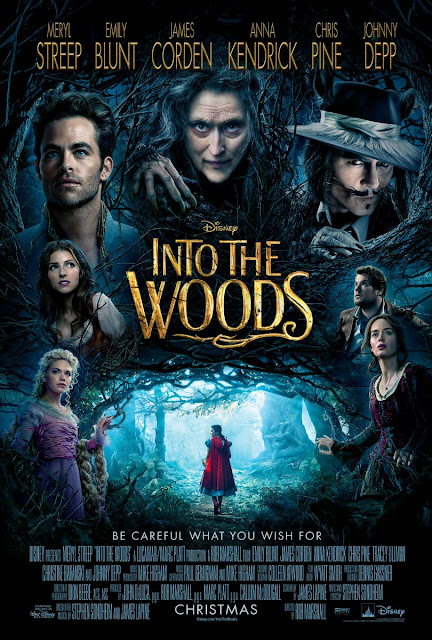 This is a tale of a Baker and his wife who, in order to reverse a curse put on their family, must collect various items from various fairy tales - Cinderella, Little Red Riding Hood, Rapunzel and Jack and the Beanstalk - so the witch next door will reverse the curse. At the end of the first act it seems that all is well that ends well, but that is not the point of our story... Prince Charming was never actually taught to be loyal, the baker's wife leaves him, Cinderella doesn't quite like being a princess and Jack brings the anger of a giant upon the land they all live on. Only then do they realize that the point of life is not to achieve what you dream of, but nurture it, care for it, and make sure that your wish was not in vain. 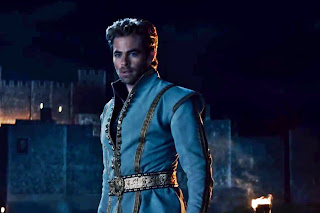 I liked this musical a lot. My problem was really one: Jack's story. He goes up the beanstalk to the giants and as far as we knew he was welcomed, given food and then he stole from them... like why? I am sure I am missing a key element from the original story that I should look up, but I don't think I have to. This is actually a problem from the original musical, not so much the movie version. Every other character is given enough background that even without knowing the original you have no problem putting the story together. But Jack... he is just a big question mark to me. Not to mention that I cannot blame the Giant for destroying everything! The movie cut here and there - as there is no point when they acknowledge that Rapunzel and the Baker are siblings, so much so that I didn't realize it myself -, but it hit it out of the park for me in other places. Little Red Riding Hood's characters was simply wonderful, the Baker was as sweet as he was meant to be, the two Princes' were spot on and well... you can't beat Meryl Streep! 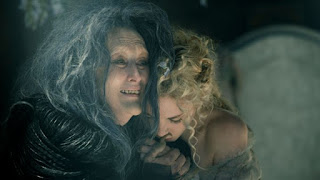 This movie doesn't have the fairy tale happy ending. AND IT IS NOT SUPPOSED TO. I love people who say that the second act was unneccessary... come on, how can you be so shallow? The whole point is that one must overcome obsticles, that there are no fairy tale endings, and that running away from your responsibilities is never the answer! This movie has the same quality for which I adored The Phantom Of The Opera (click here to read review!), meaning that it elevated the play to another level, one that can be perfectly translated through the big screen. I do not get the bad reviews, nor do I understand why it went so unappreciated, with a cast this talented, with homages to the original fairy tales (before they got Disneyfied), great songs and jokes that make me laugh over and over! Just listen to this song and I dare you to tell me that it isn't magnificient!


Watch it? Yes! Please! Try to see beyond the shallow comments and criticism! This story is so deep and there is so much you can learn from it! And well... Meryl effing Streep is in it!!! GO WATCH IT! I just don't see how one can be disappointed! (I gave it a 10 on imdb... just sayin'!)