I decided to talk about musical movies in the upcoming two months until the end of  the year, starting with a Halloween review. Next up is something not a lot of people liked ... and really, why wouldn't you like it? 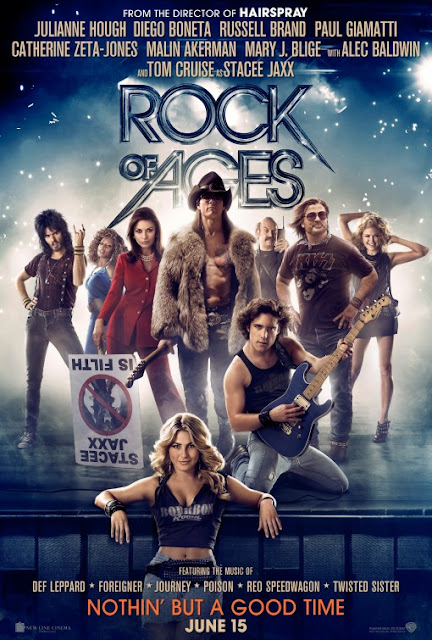 It's a story of a young girl and a guy seeking to become the next best thing in the world of rock'n'roll. Like everyone else before them, they care about the music, but are taken apart by the corporate business that surrounds music. And the town itself is fighting the fever that is caused by rock'n'roll. It is, however, the enthusiasm of these two young artists that make a washed up old rock-star realize why he got into the business in the first place. 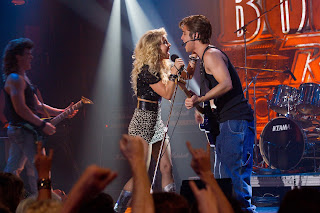 Before we head in, let me just say that I don't understand the American public at all. Do you know the one criticism I kept hearing about this movie? That the music was not original... I talked about this in another post regarding Glee (click here to read!), America complains when they make a musical using old songs, but a show that uses original ones gets cancelled (like Smash and Hull High, and so on). I don't get it, and quite frankly I hate it. Music is overall just a magical medium, something that connects all people, why do we always feel the need to criticize it? If you don't like some songs, that's your personal problem. If you don't enjoy musical movies, DON'T GO TO SEE A MUSICAL! You would be surprised at how simple it is. The musicals advertise that they feature music by other artists, so if you want new songs, then watch musicals of that sort. Easy. 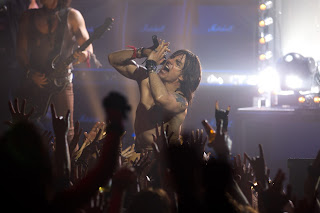 When it comes to the movie, I've heard that some people said that Tom Cruise and Alec Balwin made a fool of themselves... this is a fun story! It might not be the most original movie out there, but do I care? No, I don't. Why? Because the performance was incredible, the casting was brilliant and I laughed my ass off! Literally! There are so many small jokes and little puns, and the actors are aware of their characters and what lines they shouldn't cross. So, what to do next time you see the movie? Laugh! Let yourself go, listen closely to the dialogue, pay attention to the editing and focus on the characters individually. And you know what my favorite thing about the movie was? The dancing.

There was one scene in particular after which I was sold, the moment I knew this movie really had it all: Rock Me Like A Hurricane by The Scorpions. The choreography? It blew me away. I could re-watch that scene over and over again. I love that song and I never thought someone could make me love it even more, well, guess what? They did. Just watch this one scene from the movie and tell me you didn't have goosebumps!


This is a brilliant movie. It's funny, it makes fun of norms and it uses cliches appropriately. The actors are not making fun of themselves, they are making you laugh! I adored every single scene Cruise was in, I loved every choreography and I believe that the songs where adapted perfectly.
You need to see this movie to realize that people judged it based on some premeditated notion that a movie that uses old songs can't be good. And I think that's a bunch of crap!
Watch it, judge for yourself, discover it, SING OUT LOUD and LAUGH A LOT!