Today, September 12th is Paul Walker's birthday. I have decided, seeing that I do want to get around to talk about all of his movies, that I will do so every year on his birthday. I miss him a lot! I sure wish he would still be out there making great movies! Rest in peace Paul! 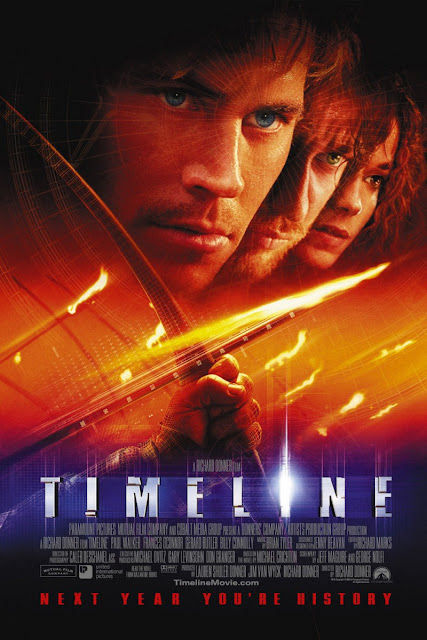 "A group of archaeological students become trapped in the past when they go there to retrieve their professor. The group must survive in 14th century France long enough to be rescued." (The imdb summary.) 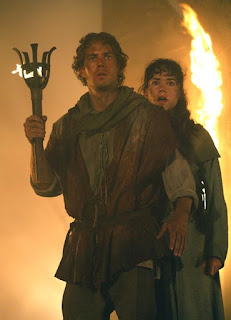 I decided to go with that plot summary because this is a wonderful movie and it is impossible to talk about it without giving away too much. However, this movie had a lot of "firsts" for me and I want to list them here: Abovel all, it was the first time I ever saw Paul Walker. As a matter of fact I watched 2 Fast 2 Furious before I saw the first movie too. It was just a random DVD lying around on my friend's table and we watched it and I liked it a lot and I discovered the prequel much later. Thus, my fandom started with a whole different movie. And in that I think there is only a handful of us out there! Nonetheless, I'm glad this was the first one!
The second first is of course Gerard Butler. No, this was not his first movie I ever saw, but his second as in his first one he played a very different role - The Phantom of the Opera - which being a musical and having his face covered 90% of the time didn't give me much to look at. This movie on the other hand... they knew he was eye candy for sure! I love his character here, as being older than our main characters, he tries to lead them, but he - more than the others - realizes that history is quite different when it is learnt from a book than being in it. Finally, this is the first movie that I've seen Neal McDonough in. Which, unlike the other two completely shocks me because, Neal has been in LITERALLY everything I have seen so far. Third Watch, The Guardian, 88 Minutes, Desperate Housewives, Captain America, CSI, CSI: NY, Agent Carter... and I'm not listing his voice acting because I don't have the time! 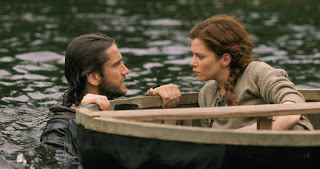 Why watch this movie? First of all: time travel. If you love that you have a home run here. It is also very enjoyable for both fiction and history as well. The movie takes its time with detail, with the characters, the background, the clothes, the people's manners. And I think that is very important when you want to transport your audience to another dimension. Yet, having mentioned all, this movie doesn't seem to be a crowd pleaser. I can think of only one reason and that is also the only criticism I do have with this movie. But the two main characters - Chris and Kate -, altough ending up together, lacked any chemistry for me right up until the end. I am assuming this was a directorial decision. 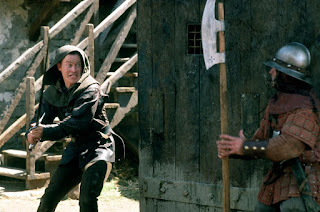 If the two actors were incompatible I'm sure I wouldn't have seen that spark in the end either. The girl keeps giving the guy the cold shoulder and I don't think they wanted her to give in easily. Nonetheless, the whole situation is completely extreme: they have to fight for their lives most of the time! Don't tell me that she was able to keep a sane mind in this situation and remember all the time that she was to be mean to the guy so he gets the message... and truly that was my only problem with the movie (and come on girl, it's Paul Walker! Are you blind or something?).

I truly hope some of you will give it a try, and others, hey, it's been over 12 years since this movie was made, maybe it's time to get back to it. See if it can become a classic!