Before I tell you about the concert, I want to tell about why I love La Roux. 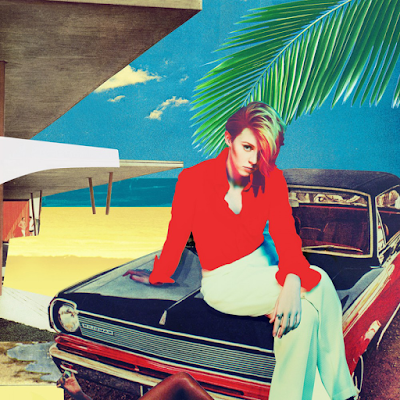 I can still recall the first time I heard I'm Not Your Toy. I was in a store looking at shirt (very manly T-Shirts, of course, because those have better designs on them. Have you ever noticed that? Oh nevermind), and I heard a beat in the background. I am one of those people who listens to the lyrics, writes down a couple of lines and then googles it. But I have good hearing, so that works about 99% of the time. 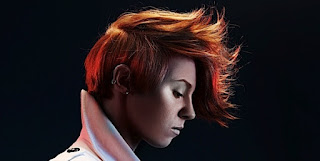 Got home in a hurry, youtube, and repeat until I got tired of it - which, FYI, still hasn't happened -, and then quickly I got hold of the album. I was 18 years old and it was the first album I heard on which I adored every single song. I know that she's going In It For The Kill, that it's only Growing Pains, that her Reflections Are Protections and that this time, baby, she'll be Bulletproof and that now we're all in the Quicksand. I know them all by heart and I just kept listening to it over and over again, waiting for the next one... 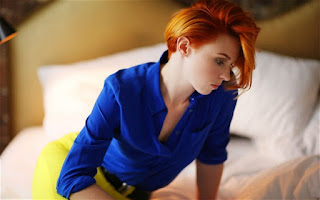 If you are a La Roux fan you will know that she had a problem with her voice and it took her a while to get back into the game. But she did and although I survived on the Gold Edition of the first album, which featured Under My Thumb (my favorite) and Finally My Saviour, as well as amateur videos on YouTube of live performances of Sexotheque (grateful for those!), but I was slowly going insane... Each year I checked her site, wikipedia, forums, awaiting some miracolous news of a possible new album on the way!

And then it happened: the announcement of Let Me Down Gently coming to YouTube and I went apes*it and started running around the apartment yelling to my sister and screaming out of joy. 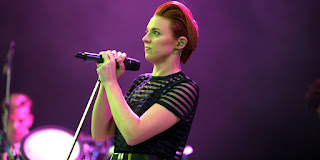 My friend told me that he is scared maybe we've been waiting too long and the album won't be as good and I just told him: "It's La Roux. It's gonna be awesome." And it totally was :D I loved every single song - although I would like to direct a new video for Let Me Down Gently -, anyway, now when I wake up and there you are I know I got The Feeling, that I cannot Kiss And Not Tell, and that the temperature is rising Uptight Downtown, but Cruel Sexuality, am I fool to let you bother me? And since Paradise Is You, it's no wonder that the title of the album is Trouble In Paradise.

We all have a favorite don't we? Sometimes you can't explain why. Either the lyrics, or the melody. Mostly it's both or their ability to get you! Music understands you. And I feel that every single song is a bit different and they actually managed to reflect various stages in my life. Sometimes it's her voice, sometimes it's the fact that although the lyrics are very depressing, they have a catchy tune and it helps me cope with the situation. La Roux's music has saved me, I don't know how many times and for that she will always be my favorite artist!

Unfortunately - due to negligence - I missed her concert on Sziget last August, and I have regretted that decision more than anything else in my life. So you can imagine my surprise, and the feeling of a dream coming true, when she posted on her facebook page that "We're going to Budapest Essentials". This was followed by an immediate google search and two hours later I had tickets for the concert. And here's what happened:

Waited almost half a year for this and it didn't happen. Technically it's not her fault, so what can one do? Nothing. Wait, I guess, wait for the chance to see her here in my city. I cried on my way home, because this year was quite horrible for me, and I was hoping for this night off, but I apparently can't catch a break. And well, I don't have the money to go see her anywhere else, unfortunately. But as always, she'll help, so I'll put on her album in the background and try to smile.

Get well soon Elly, please do come back!