It took me well over a month to get to see this... I actually almost missed it. But then, I just told myself, this is his last film. No more of him in the theater. If I don't see it, I will regret it for the rest of my life! 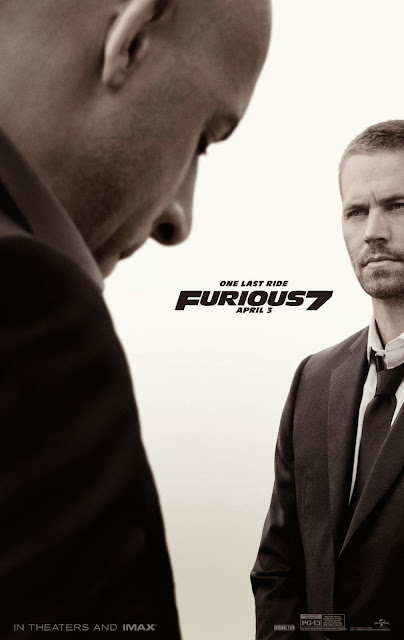 The Toretto family has finally reached its peace. They live their life in Los Angeles and make the best of every single day. But as the years pass, nothing seems to be as perfect as it seems. Letty can't handle Dominic only seeing her old self, and Brian misses the bullets. But a man shows up who wishes to make himself known to Dominic: Deckard Shaw. He is the brother of our villain from the sixth installment. He is displeased with the state the Toretto family left his brother in and he decides to get revenge.

Dominic doesn't like the fact that he made it personal and he decides to go after him and meet him halfway. Shaw, however, is a shadow. And to find him he needs to shine some light on him, and to do so he is given help by Mr. Nobody - a government agent -, who seeks the help of Dominic. Bryan, Roman, Tej and Letty arrive and they have to save a hacker who was abducted. This hacker came up with a program that can hack into any camera and microphone and find anyone around the world. Dominic is told he can use it to find Shaw if he finds the hacker for the government. 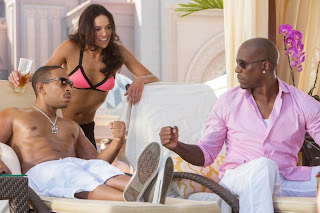 The hacker is saved, and they retrieve the program and find Shaw, but have to retreat, and they also lose the program to a group of mercenaries. They decide to let Shaw come to them in Los Angeles, Dom fights him while the others transport around the city the hacker who tries to hack her own program in order to get it back from the mercernary group. As a final gift, Hobbs arrests Shaw, Letty reveals that her memory came back and we find out that she and Dom got married. In the end, Brian realizes that being at home with his wife and child is the best adventure he's got to look forward to. And they'll see him again! 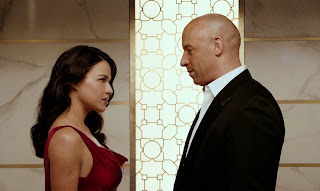 Where to start? This movie knows its audience. As a matter of fact: all of them did. I still love the third, I don't care what people say. And they tied that movie into these simply perfectly! I loved that the there were two different storylines that kept connecting to each other. I also liked that there was really one bad guy, because so far in movies the suits always turn out to be bad guys. And here, well, these movies always make sure to portray the police as accurately as they can. When the others were on the wrong side of the law, the police were the bad guy. The police completely changes they attitude towards them once they are proven innocent. And that's something I really admire as I see how the movie pays attention to the little details.

I loved Kurt Russel, I loved Jason Statham - of course -, and each movie that has Dwayne Johnson has my vote! The action scenes were incredible, and I mean that considering that it seems weird that they can still take it up to another level - after six movies - and they did! Wonderfully coreographed and just... something you'd want to see, isn't it? People who loved the fight scenes in the Transporter series were surely entertaind to see Statham fight both Johnson and Diesel - I know because I was! 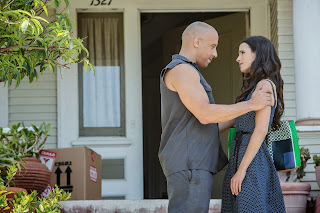 I loved the cars, the scenery, the countries and well... everything. I am always afraid of how well a movie will balance the action and the actual story of the movie and I wasn't disappointed. I just love these movies so much and the characters? They always leave something more to be desired. I want more Hobbs, I want more Letty, I want more Tej and Roman. It's never enough - these movies just take me on a high and I can't get down from it. I remember an interview with Paul Walker where he said that he is astonished by the fact that people are still interested in seeing these movies. I just wish he could've seen all the records this movie broke! 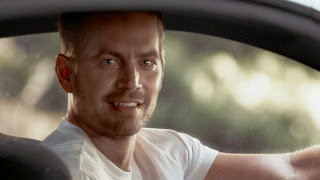 And speaking of... I cried. It's funny, you know? I could immediately spot the scenes where his brothers helped out. I really miss him, you know? It's strange, I know, I'm just a simple fan, but he truly was someone amazing and I am so sad to have to say goodbye to him. Yet, again, I was glad I could. I am so happy he was in this movie and I loved that they didn't kill off his character. No, they gave him the best possible ending and I think that's what got me to cry my heart out during the end credits. And the thing was that if you've seen the movies you know that Brian is always trying to beat Dom, and well, you see his last scene pulling up to Dom and saying that he can't leave without a goodbye. They don't compete, but I'm almost sure that they did in the original ending, instead, the two cars go along each other and they head down towards different roads into the sunset. I really loved that ending. So thank you, thank you for that.

Watch this movie. But marathon all of them, trust me! I know I will this summer. I just love these characters so much - they are practically my family too!


Thank you for the ride, Paul.