FRESH FROM THE THEATRE: Avengers - Age Of Ultron

Let's crack the next item of the big Marvel movie franchise! (Contains spoilers!) 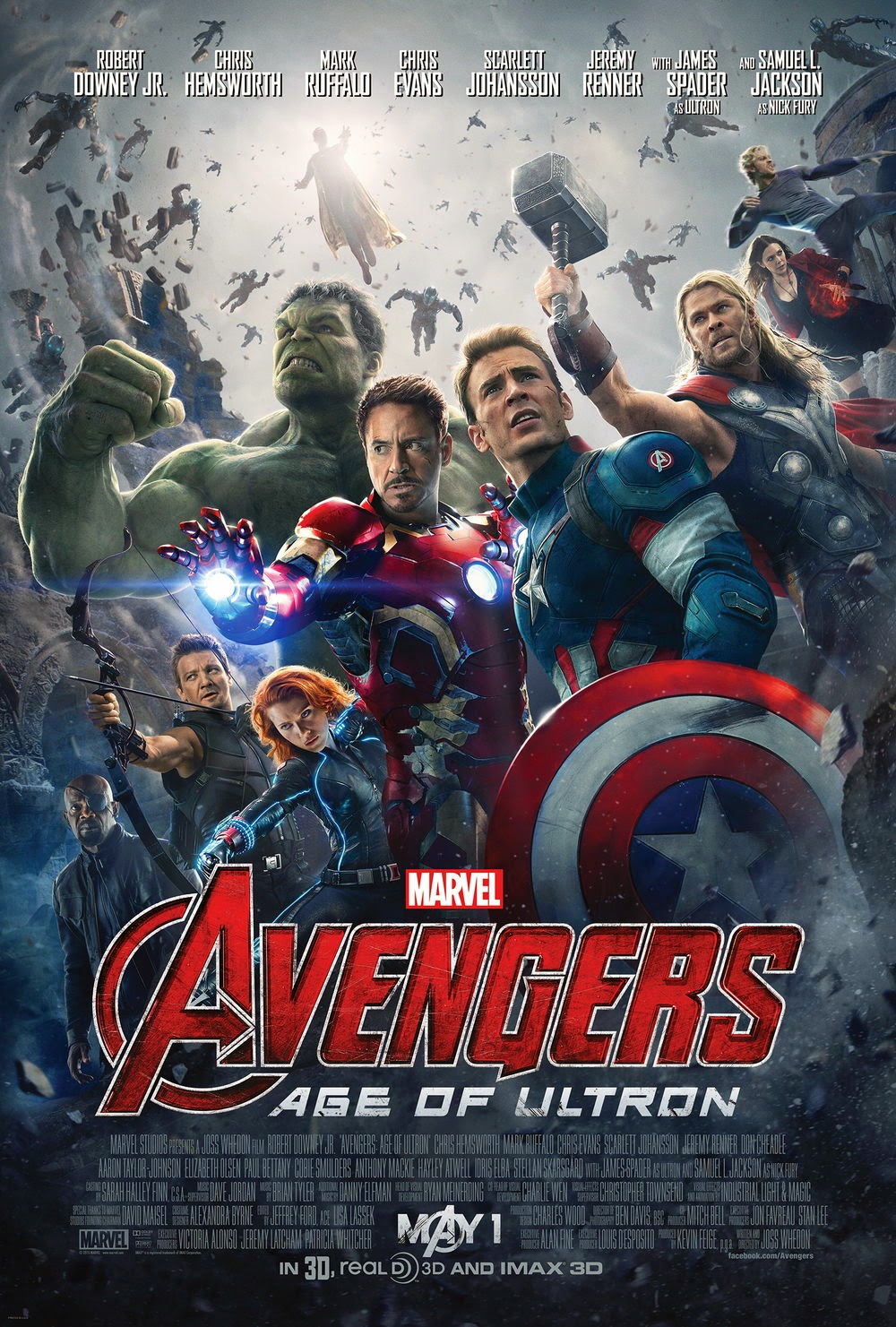 The Avengers stop a Hydra base where they discover a couple of twins with superhuman abilities as well the basis for artificial intelligence. Tony Stark uses this and with the help of Bruce Banner they create Ultron, who unfortunately sees that the only way to eradicate war and violence from the planet is to eradicate its inhabitants with it as well. He first uses the help of two superhumans, created by Hydra, who after realizing what he wishes to do turn against him and help the Avengers too, who - in the meantime - steal the perfect creation of Ultron and give life to it, Vision: an artificial intellingce made with human tissue and vibranium. He, unlike Ultron, sees that the fault of men is also part of their beauty. The team joins forces again to stop Ultron from using part of the Earth as a meteor that will crush into the planet.

Let me say that I wasn't too excited about this one. Especially because I noticed a huge mistake with Stark's storyline and I can't get over that... I'll talk about it later on. However, Ultron alone was fantastic! I don't really care about the action scenes anymore and if you ask me, you could easily confuse those robots with the chitauri they fought in the previous movie... That having been said, what makes artificial intelligence viable? The fact that they have emotions. And Ultron actually evolved during the movie. You know, I hate it when they give villains no motivation and you can't at all connect with them. Here? You know that he thinks thanks to the initial data he was given and he truly tries to do the best with that. I loved him very much - easily best villain ever on screen! 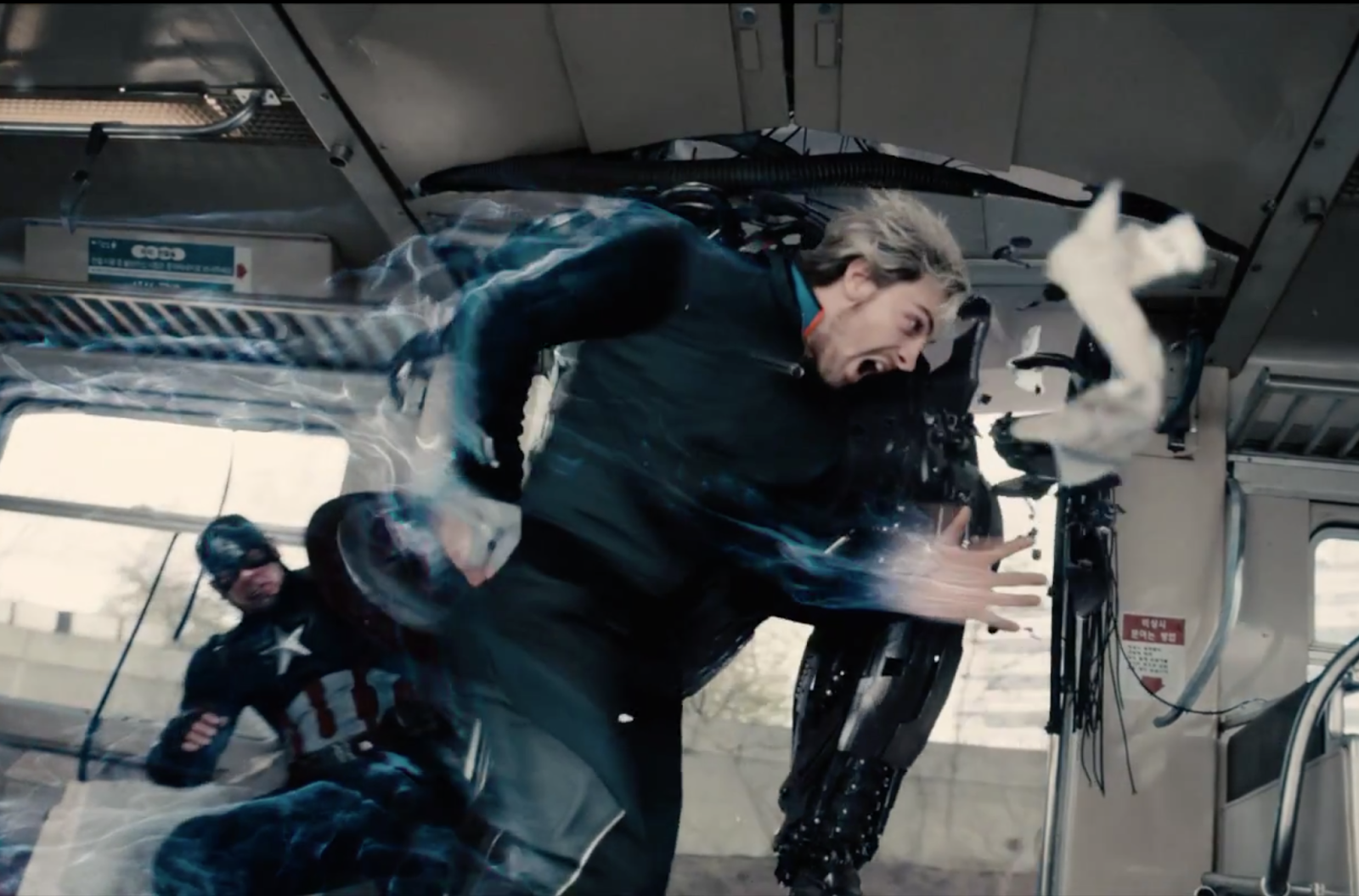 Moving on, I don't understand still why they insisted on using mutants when they don't have the rights to call them that. I did like them, they were true (as much as they could be) to their comic version, and I especially liked Quicksilver. With another version of him out there and a DC version (my favorite superhero of all time!), they really had to kick it up a bit to make him interesting still, and they did! So good job with that! Next point, I don't get what Tony was doing in this movie. Do you remember the end of Iron Man 3? He quit. Yes, he got back his last suit - which I thought was going to be Ultron, but no - and suddenly he is doing the exact same thing he was physically incapable of doing at the end of his own movie? Uhm... explanation please? I also thought there was a good set up for Civil War, between Captain and Tony, but the fairytale ending was still there so I have no idea what's going to happen next.

What worked? Hawkeye did. The creators heard the comments of the fans - people thought he was a joke - and he even recognizes his own merit and he has a background in this movie that gives such depth to his character! I loved that. And I heard people criticizing Natasha and Bruce's romance, I actually liked that. Bruce Banner is one of my favorite characters of all time and I missed his Betty - his true love - because she is the only one that can calm him. And to me it made a lot of sense that the person who could calm him now was someone he cherished in his heart. I f*cking hated the "I'm always angry." sentence in the previous movie. And the best idea of the movie? To show that the Avengers are not just these six people, it introduced new characters as well as correctly retire those who's life now has to come before that of others.

Watch it? I would say of course, but the action scenes are only funny in the beginning, then they become quite repetitive. Funny? Definitley. Sad? Of course somebody dies, it wouldn't be a Whedon film without it, but they did go about it differently than I thought they would. Surprising? Yes. If you have the feeling that you already saw this movie, don't worry about it (mostly because you are right), but the last 20 minutes will change that!