What's Next On My List? The Legend Of Korra

The spin-off continued with a new Avatar, a young girl from the Water Tribe who has to face adulthood sooner than she was prepared for it.


The Legend Of Korra 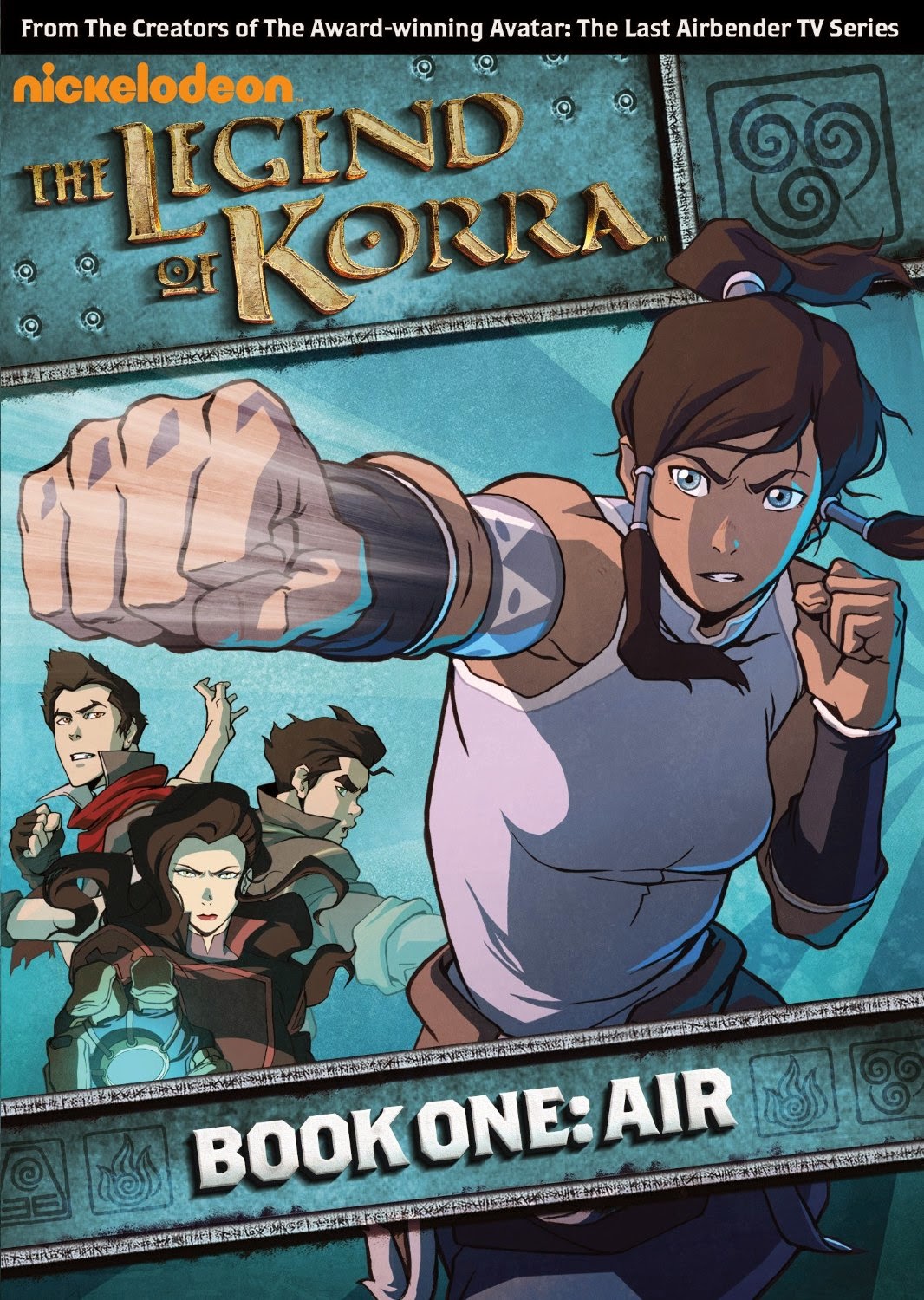 Book One - Air: Korra of the Southern Water Tribe is the next avatar after Aang. She is kept hidden for several reasons until she masters all of the elements, but her airbending training cannot start without Tenzin (Aang's son). Tenzin, however, cannot leave Republic City as the nonbenders are turning on the benders. Korra decides to move to the city - against Tenzin's approval - only to find that a man named Amon is guiding the nonbenders in a revolution. Amon is capable of taking others' bending away and as his power and followers grow stronger, so does he. Korra tries to fight him with her new found friends - brothers Mako and Bolin and a nonbender called Asami - make up Team Avatar! Korra, however, seems to be outmatched. She is unable to unlock her airbending and she has a problem with connecting to the spirit world. Aang sends her visions, dreams and she finds out that Amon is really a waterbender who learned how to bloodbend with his mind. His father was stopped by Aang and Amon feels like he is avenging not only his father, but the way he treated him and his brother all those years. Forcing them to bloodbend each other and to be away from their mother for years to learn something that is prohibited by law. Amon tries to run away with his brother, but the latter is ashamed of what his brother had done and blows up the boat they try to escape in. 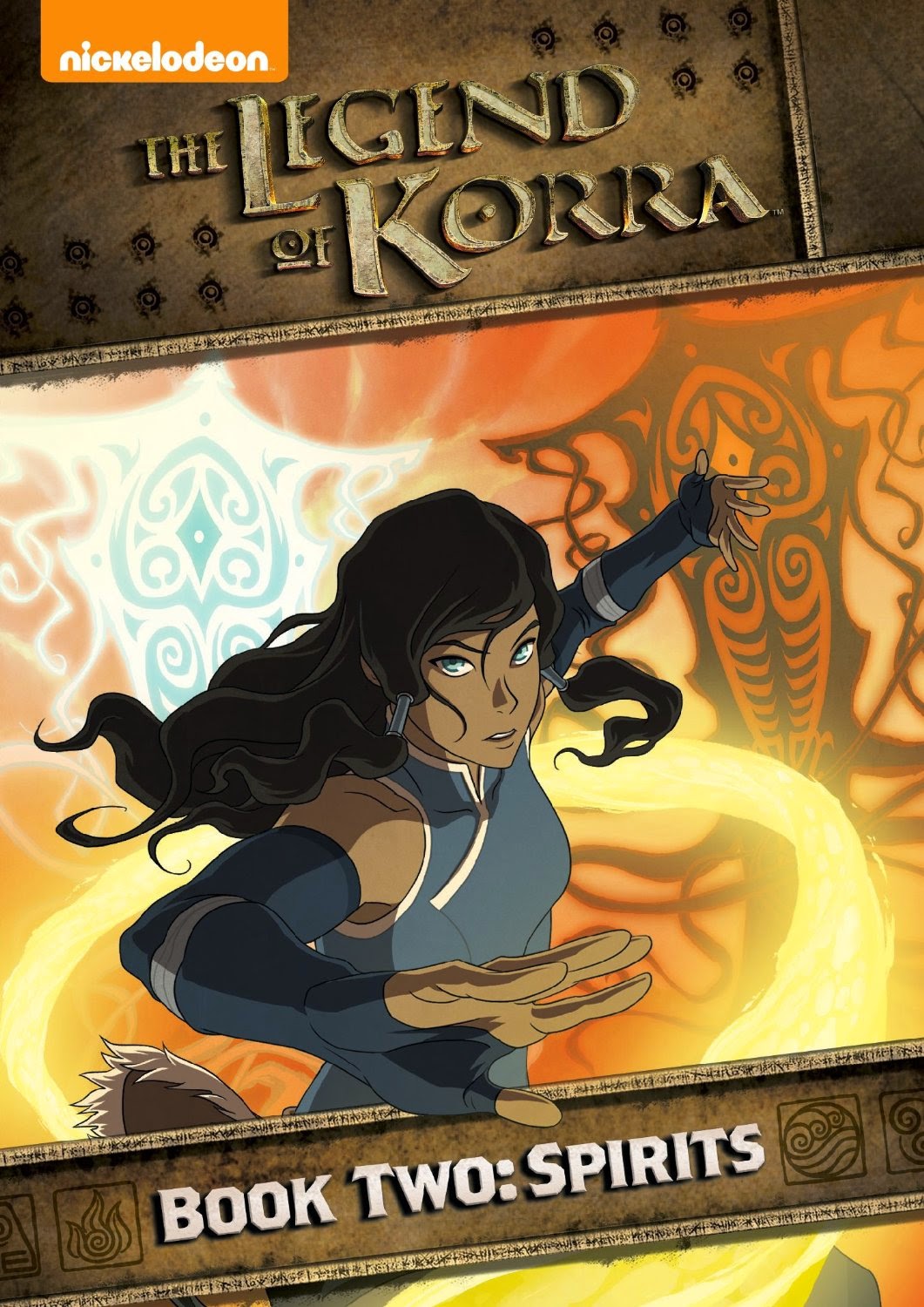 Book Two - Spirits: Korra has a new problem to face. As Republic City is rebuilding itself, her uncle Unalaq asks for her help to control the balance between the living and the spirit world. During one trip to the Spirit World, Korra gets to know the legend of the first Avatar. Wan was a boy who didn't do much good in his life, until he was given the power of firebending by a great Sea Turtle Lion. Wan was supposed to give back his powers, but he understands that his kind treates the spirits in the forests unfairly. He gets onto a journey and encounters Raava and Vaatu - the spirits of good and evil - and he is tricked by the later and frees him from Raava. He learns that the two cannot be separate, or evil will become more powerful. Wan decides to find the other Sea Turtle Lions to gain bending of all elements in order to stop Vaatu. When Korra awakes, she realizes that Unalaq plans to release Vaatu again and give in to the power of the spirits. With Raava's help she manages to stop him, only to find herself disconnected from her previous lives but with spiritual energy overwhelming her world. 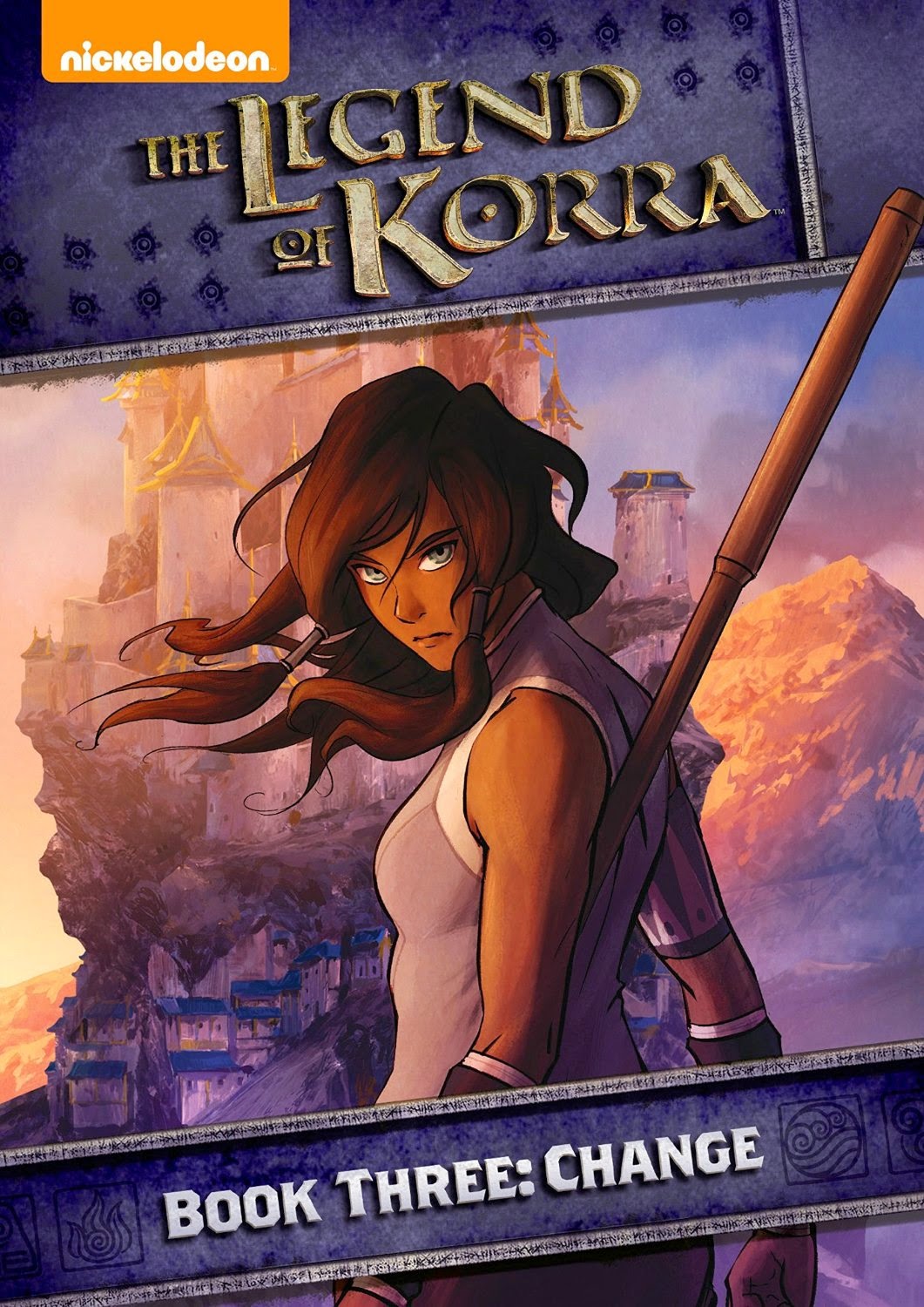 Book Three - Change: During the harmonic convergence Republic City gets inhabited by spirits and many nonbenders around the world wake up with the capability of airbending. Tenzin - moved by the idea that he and his children are not the only airbenders left in the world - travels around the world with Korra to gather the airbenders and teach them how to use their powers. Unfortunatey, one man achieved this power, who uses it to get free and go after Korra. This man is Zaheer, he is part of the Red Lotus - and organizations whose ideals resemble that of anarchism - as opposed to the White Lotus who swore to protect the Avatar. Zaheer goes after Korra with the help of his old crew: an earthbender who can bend lava; an armless waterbender who uses water like an extension of her arms and a firebender who can cause explosions with her mind. Zaheer also masters an ancient technique: that of an airbender monk who was able to fly. Zaheer tries to kill Korra in her avatar state to break the cycle of the Avatar. Korra fights off Zaheer, and they get the poison he injected into her out of her body as it is metal based. She is, however, broken for what seems to be forever. 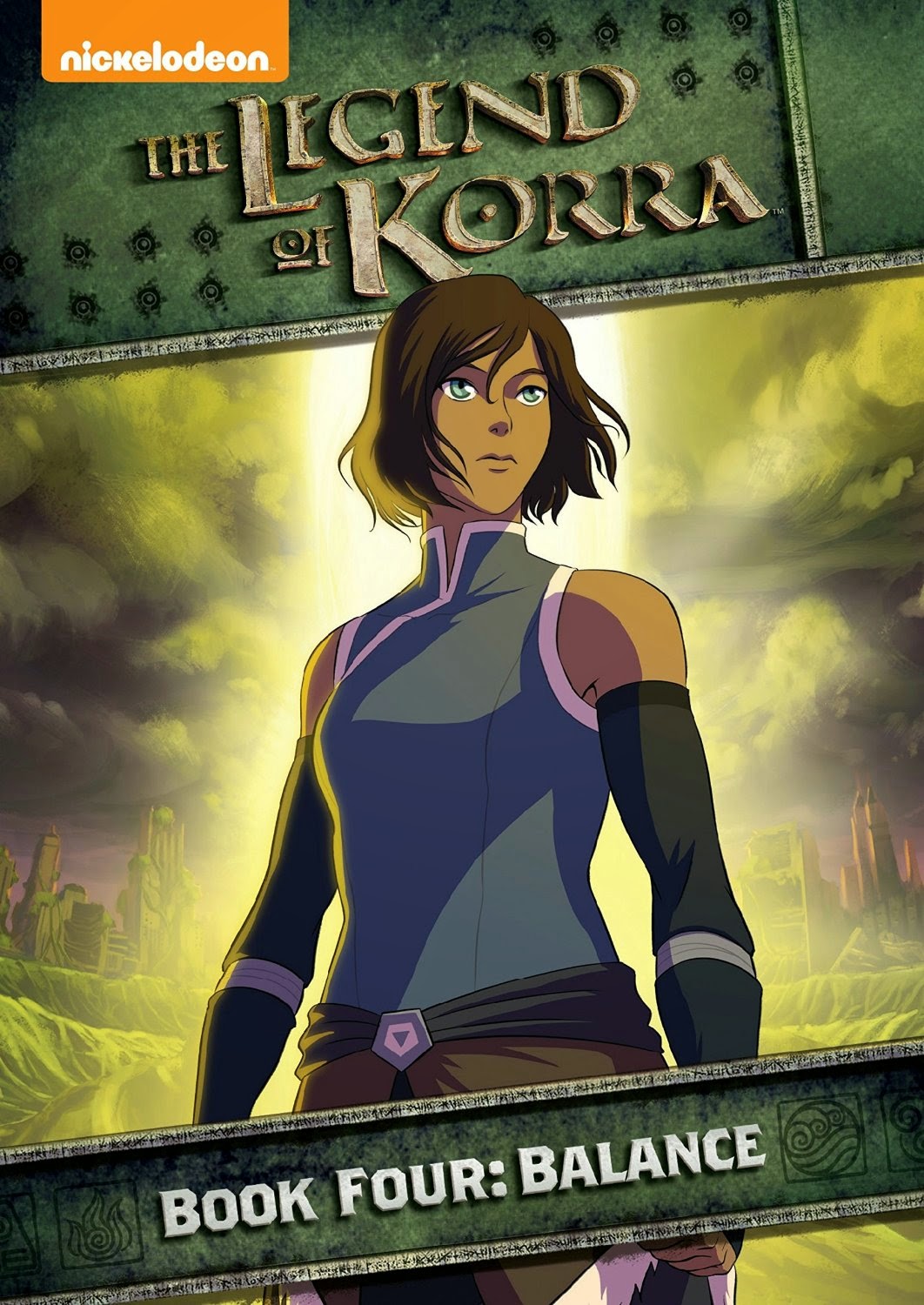 Book Four - Balance: During Zaheer's attempt to find Korra and rid the world of leaders, he killed the Earth Queen and the whole Earth Kingdom is now in ruins. One of the most powerful earthbenders, Suyin Beifong of the metal clan (daughter of Toph and the sister of Lin Beifong, the chief of police), is asked to bring back balance to the Earth Kingdom, but she refuses as she finds that giving another ruler to the Kingdom is not the answer. Her right hand Kuvira, however, feels that they should and she heads out to restore balance, but driven by the power she grows to believe that Earthbenders are the greatest nation and she wishes to divide the world once again - the way it was a houndred years ago when the Fire Nation attacked. Kuvira has to be stopped, but Korra is missing. She seeks to find herself in a spiritual forest, where she encounters Toph. Toph tells her that the reason she keeps seeing nightmares is that some of the poison is still in her. Korra has to remove it herself and decides to visit Zaheer, who - realizing that with his actions he created an evil far worse then the one he was fighting - helps Korra to reach her spiritual self. Kuvira is finally stopped in Republic City - which occupies a land originally part of the Earth Kingdom - and in during their fight a new spirit portal opens up right in the heart of the city.

(This bit also appears in my review of The Last Airbender, so if you to read that first, skip to the end!)
From a critical point of view: I watched The Last Airbender series while I waited for the second season of Korra. I loved this a lot, for several reasons, but I noticed a huge difference between the two shows. All of my friends seem to have preferred either one to the other, but not me. I saw the genius behind both of them and I enjoyed the evolution from one to the other. Be honest, if they would've copied the first series it would not have been nearly as good. And I will debate anyone who doesn't feel that the first was excellent ground work for the second one!

That being said, when you watch both series, you will realize something: Korra barely has any non-benders. On one side, this is not a problem because you will also see that Korra brought bending to a whole other level! And the non-benders? They are kickass too. But, they are still limited. Asami (a beautiful and smart girl), Pema (a fierce mother), Varrick (a backstabbing business man who really only does good in the end) and his assistant Zhu Li (a bad-ass girl with the brain of a genius). And if you don't feel connection with either of these characters, you are somewhat bound to be left out, you know? Think about Sokka, the Kyoshi Warriors, the Air Acolytes who learn about the nomad cultures of airbenders, the inventors and just a series of people who have never needed bending in their life for it to be full. I think, or at least I have seen, that people found it easier to get lost in this world - or feel like they are a part of it - when they could be one of those humans themselves. And I get that. But I am for full fantasy all the time, which means, that the less it has to do with sucky reality the more I love it. 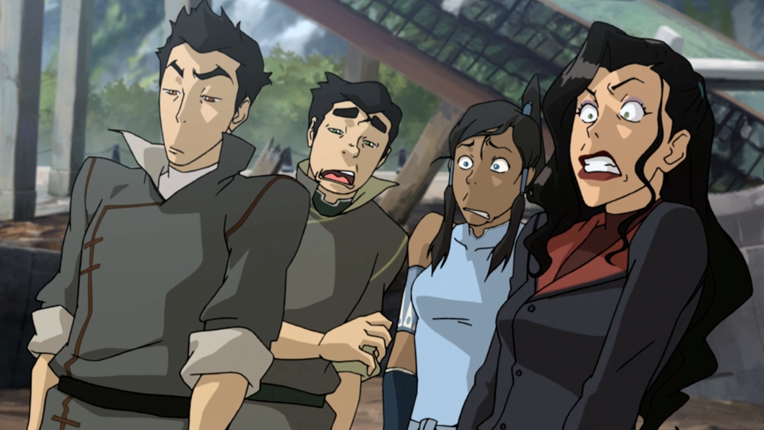 I will tell you this, however, that you should watch both series and I would even recommend starting with Korra. Why? Well, people who started with Aang's adventures had problems with the other that I never quite got my head around too - besides the ones mentioned above. Also, there is something fun about seeing what was the origin for a series. The Legend of Korra took it to a next level with several nods to the old series and a lot of inside jokes, but ultimately, you know the story is good because it stands on it own! Imagine, if you will that Korra is the era in which you live in, while that of Aang is inside a history book that comes to life when you open it. If you check out the first series while watching the second, I think you will find it a lot more fun. Getting answers to questions while they are being asked is a wonderful feeling!

If I am completely honest, if you grew up with Aang, then you should be grown up enough to enjoy Korra. So, if you don't... I just have no clue what is wrong with you. This series was spectacular: You had a fierce strong girl as your leader who admitted to having her own faults and who grew up right before your eyes. I dare you to name any female characters who are this badass! She fears death, like we all do, she loves and protects her friends, like we all do! She depends on her family as much as they depend on her and even if sometimes she thinks she is stronger than she is, she gets knocked right back into reality! It's smart, beautifully written and something I just can't wait to share with my kids! Korra is truly my hero!

Make sure you check out these four awesome seasons!