What's Next On My List? (Comic) Avatar: The Last Airbender

People loved this series, and I am glad that they did because it also gave life to a series of comic books that took the time to continue the original story and give answers to questions that were left open. This is a summary of the first four series of stories that are already available, with a fifth coming later this year (2015)! I will try to summarize without giving too much away, but a few things will be discussed in more detail about the stories!

If you want the short version: You love this series? Read the graphic novels: NOW! 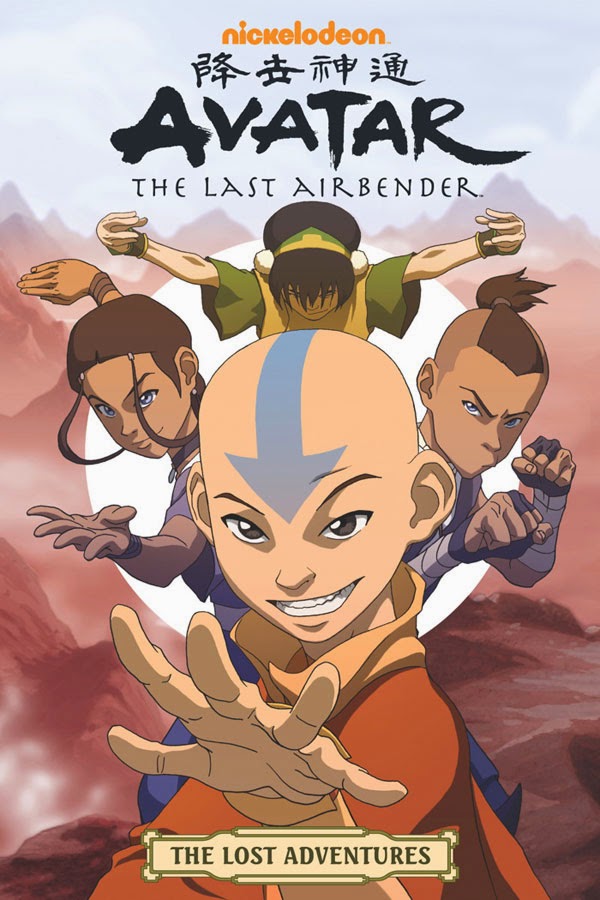 The Lost Adventures
The first installment was an extension of the three seasons with extra adventures among the ones we all knew from the cartoon. The idea behind it was to show more thoroughly how the relationship among the four main characters developed, as well as giving us an insight to the fact that they barely got any rest between fighting with the enemy and getting from point A to B. The novel is divided into the three books, like the series, and contains almost every character from the cartoon. We can see how the others taught the Earth King to live in the wild with his bear; what happened when Zuko encountered again the girl who knew him as Lee in Ba Sing Se; we can also read Katara's journal on how they saved Aang and got a hold of a Fire Nation ship with her father at the command. We can also see the return of Sparky Sparky Boom man (Combustion Man); Zuko practising sword fighting with Sokka, and a duel among Toph and Bumi to decide who is the best Earthbender of all time. The graphic novel contains the art work of several artists with stories ranging from the adventures of Momo and Appa, to smaller bickerings among Zuko and Azula. If you long for the old series, I highly recommend reading this while doing a marathon! 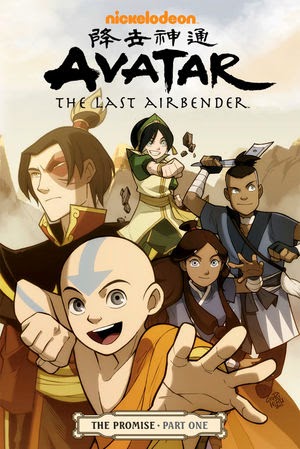 The Promise
If you watched The Legend Of Korra you will know that Republic City is a place where benders and nonbenders from all nations of the world live peacefully together. But how? If you recall, at the end of the series people were pretty set on getting rid of the Fire Nation everywhere. But a 100 years can make a lifetime of difference! The colonies have changed, in a lot of cities Fire Nation men have made up families with the Earth Nation, and vice-versa. And even if there is peace, Zuko realizes that people now hate him for forcing the citizens of the Fire Nation back into a home they no longer have - didn't have for years, as a matter of fact. But Aang becomes angry, as he feels that Zuko's refusal to go along with the reconstructionplans may have something to do with him being his father's son. Zuko takes the time to open Aang's eyes: They no longer live in a world where nations have to be separated. Slowly Aang to realizes that perhaps to live in peace together, they should indeed live together! Zuko's struggle with his demons as well as the continuous presence of his father in his mind costs him his relationship with Mae. The graphic novel had three installments and it is a great basis to understand how Avatar Aang and Fire Lord Zuko created Republic City together for future generations. 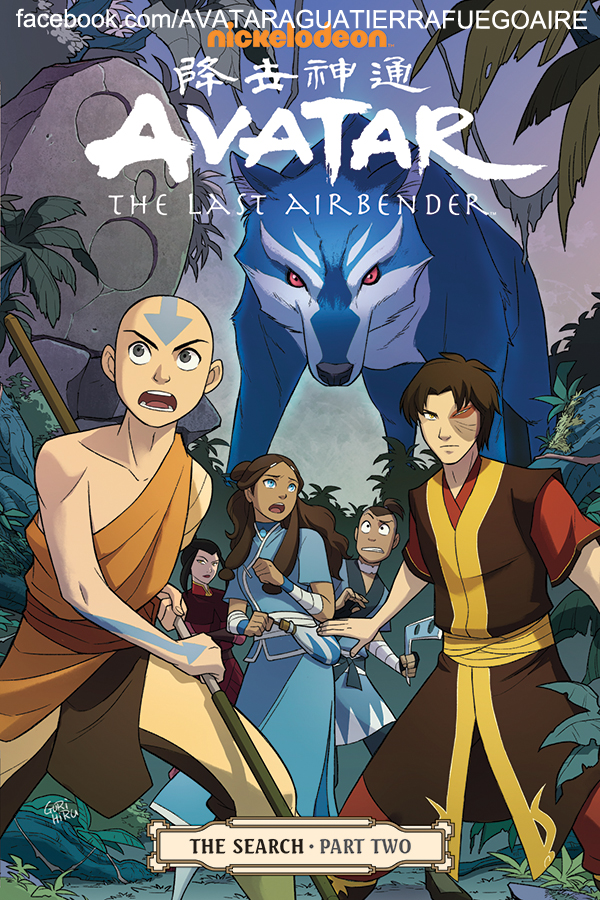 The Search
Remember Zuko's mother? Remember how Ozai told Zuko that she is alive? Well, he wasn't lying. The next adventure brings Zuko and his friends to a small town in the Fire Nation, near to an enchanted forest where a spirit lives. This spirit, Mother of Faces, has the ability to give a person new faces and erase their memories. For this adventure Zuko decides to bring Azula along with them, who turns out had hidden a letter of their mother's that points at her being the rightful heir to the throne, but how? In the forest the gang comes across a sister and her brother, who reveal that there are five lakes in the forest, and the Mother of Faces appears from the one in which a big wolf spirit drinks from. Each time, however, they were at the wrong lake and have waited for years. When the Spirit appears, Azula uses the wish of the sister and brother to find out the location of their mother, while Aang begs the spirit to help the siblings too - but she grows tired as humans keep wanting and wanting. However, when she finds out that one of the siblings was the victim of Koh, the Face Stealer, she reveals that he was her son and she does not condone his behaviour. She helps the siblings and the gang reaches the town just in time to get Azula. I won't tell you whether or not they do find their mom, because trust me, you'll want to read this one! You'll also find out what happened to their grandfather before Ozai was coronated! 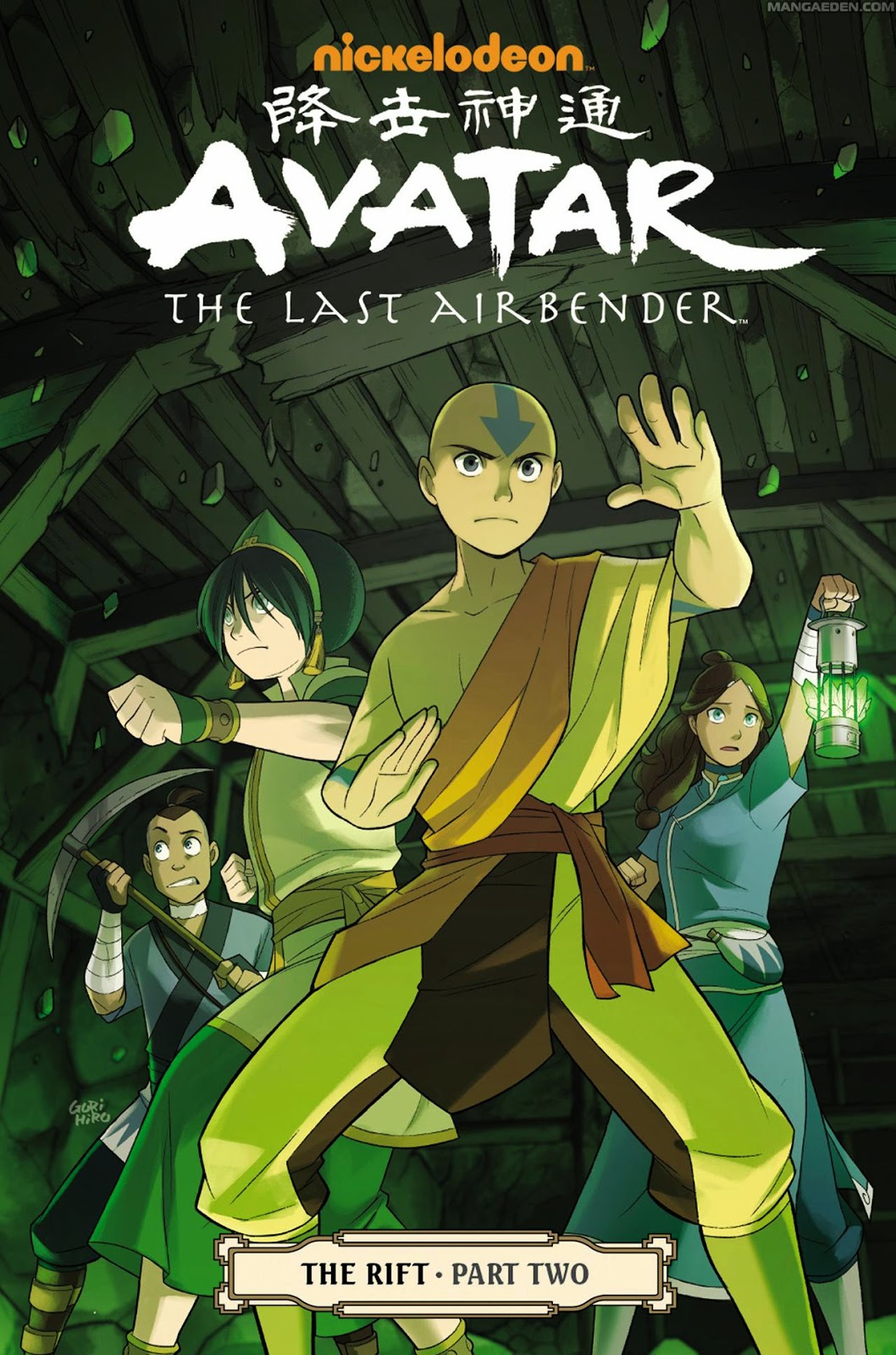 The Rift
We move to Toph, who as you know has had her share of oppression over the years. On a trip to honor an airbender tradition Toph grows tired of Aang telling her what she is supposed to do and how she is supposed to pay her respects. Even more she grows tired of Aang not even remembering what the festival they are honorating is about! They move onto a valley to continue the route of the festival when they see that there is a town there along with a factory that seems to be polluting the area around it. The workers of the factory tell Aang that they have nothing to do with the pollution, and indeed, they discover that there was also a mine underneath the surface which functioned illegally. But more problems arise, when Toph recognises her father as one of the owners of the factory and she feels the need to confront him, but he sends her away. In an accident, however, everyone except Aang falls in a trap underground and he remains on the surface, awaiting the arrival of a spirit who wishes to reclaim the land that the humans have ruined on the day of the festival of his long lost friend. Do you think the others make it out of the cave? Or that Toph can talk it out with her father? One this is sure, you'll have to read it to find out!

I loved all of these because they stayed true to the characters and although I have my imagination as to what happened between the two series, it is still fun to discover and see what the creators actually had in mind! They know the material and they know the audience they are dealing with! 10/10 to all of them! But, if I had to choose a favorite, I will go with the one that is about to come out:

What's next? This September the next trilogy will be made available, which features Mae on the cover so I am very excited :D Maybe we'll see them rekindle their relationship? I really hope so, I loved them! 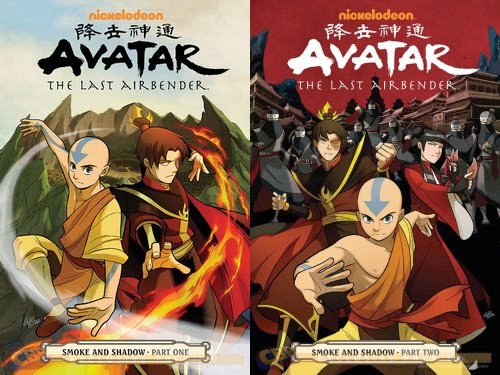 Until the next item on my list: The Legend Of Korra! Stay tuned!

Want more? There is one more story that was made available at the end of Star Wars: The Assassination of Darth Vader, a one-shot comic released on May 4, 2013, as part of the annual Free Comic Book Day. This short, entitled Rebound, focused on Mae, her living in a small Fire Nation town, still very much in love with Zuko, but on a date with a nice boy. The boy really likes Mae, but he has ulterior motives, as he was told to get her to a secret layer where she is trapped by her father. Her father tells her that there is a small group within the Fire Nation who still wish to rule, but Mae has had enough war for a life time. She tells him off, and then fights off his henchmen and finds her little brother in the layer as well. She takes him with her, but we never find out where she goes. Will we in the next series? I sure hope so! :)
Bejegyezte: CsorEsz91 dátum: 1:08 PM