So it is Christmas season, well, it is for me, and I want to talk about a couple of movies that have for some reason gone under the radar, despite the fact that I deem them very good! So what better to talk about then a classical tale?


The Nutcracker in 3D 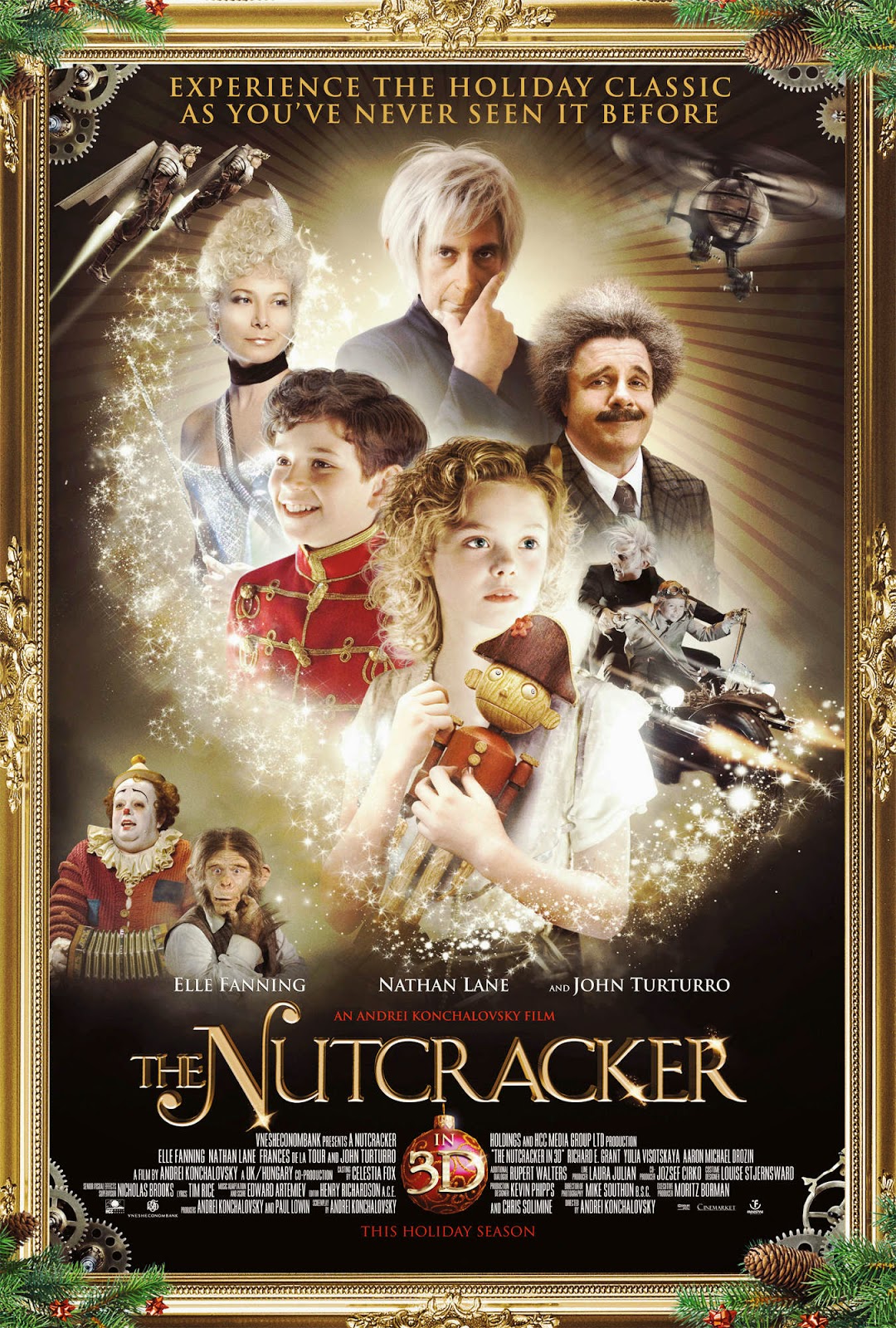 Mary receives a Nutcracker doll from her godfather Uncle Albert for Christmas. That very night, the previously inanimate doll comes to life and takes Mary on a journey into his world. The Nutcracker is the Prince of the dolls, but the Rats want to take over his land and destroy all the toys. Mary wakes up the next morning knowing that the Rat King has attacked her home, but nobody seems to believe her. That night she travels back with the Nutcracker, now joined by her brother Max, to stop the Rat King for good. It seems that it is all in vain, as they are outmatched, but the people would much rather see their Prince instead of a dictator and they help little Mary in stopping the evil tyrant. After Mary has to return home, the Prince promises her that they will see each other soon, as that is not the end of their tale!

I really loved this movie, the rating on imdb totally missed the mark. The idea was to turn the movie into a musical, and for me it had too few songs, but those that it has were really good! And think about it: most people remember the ballet and not the children's story behind it. What made this story famous was the music! It is only logical that is should be a musical! And aside from that I just loved the children in it! Elle Fanning is such a sweet Mary! She had a couple of scenes where I was crying with her and for the first time I fell in love with this story more than I ever could have before! My other favorite was the Prince, Charlie Rowe, who starts to sob when he is turned back into a real boy - he had forgotten he was more than just wood and it is just a beautiful scene! 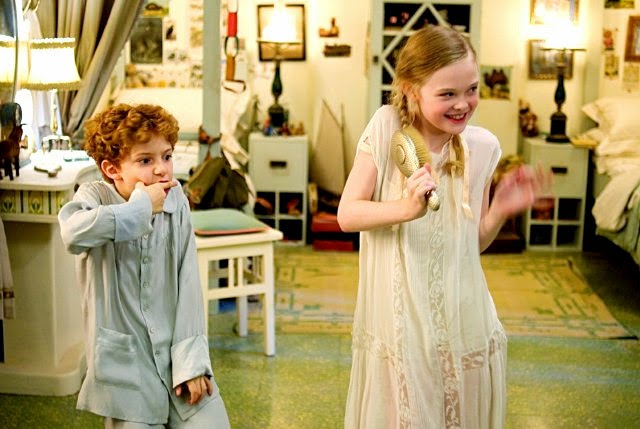 I also loved Mary's little brother, Max, played by Aaron Michael Drozin: he was basically the comic relief character, but after siding with the Rat King, he realizes the error of his ways and even though he was a side character, there is an arc to his story as well and it is really magical.
I do, however, have two things that I have to complain about: we know that it is all just a dream, actually a coming of age story. Now, in real life Mary's father refuses to believe her story, and in the dream even her mother appears as this fairy, clearly portraying how Mary sees her in real life. I believe that it would've been far more better to have her father be the Rat King, the one who destroys all the toys and the one who denies the existence of a magical land beyond our imagination. But I could live with that, because in my opinion the Rat King was a very smart character who too had his reasons to be evil, and not just be it for the sake of having a villain. 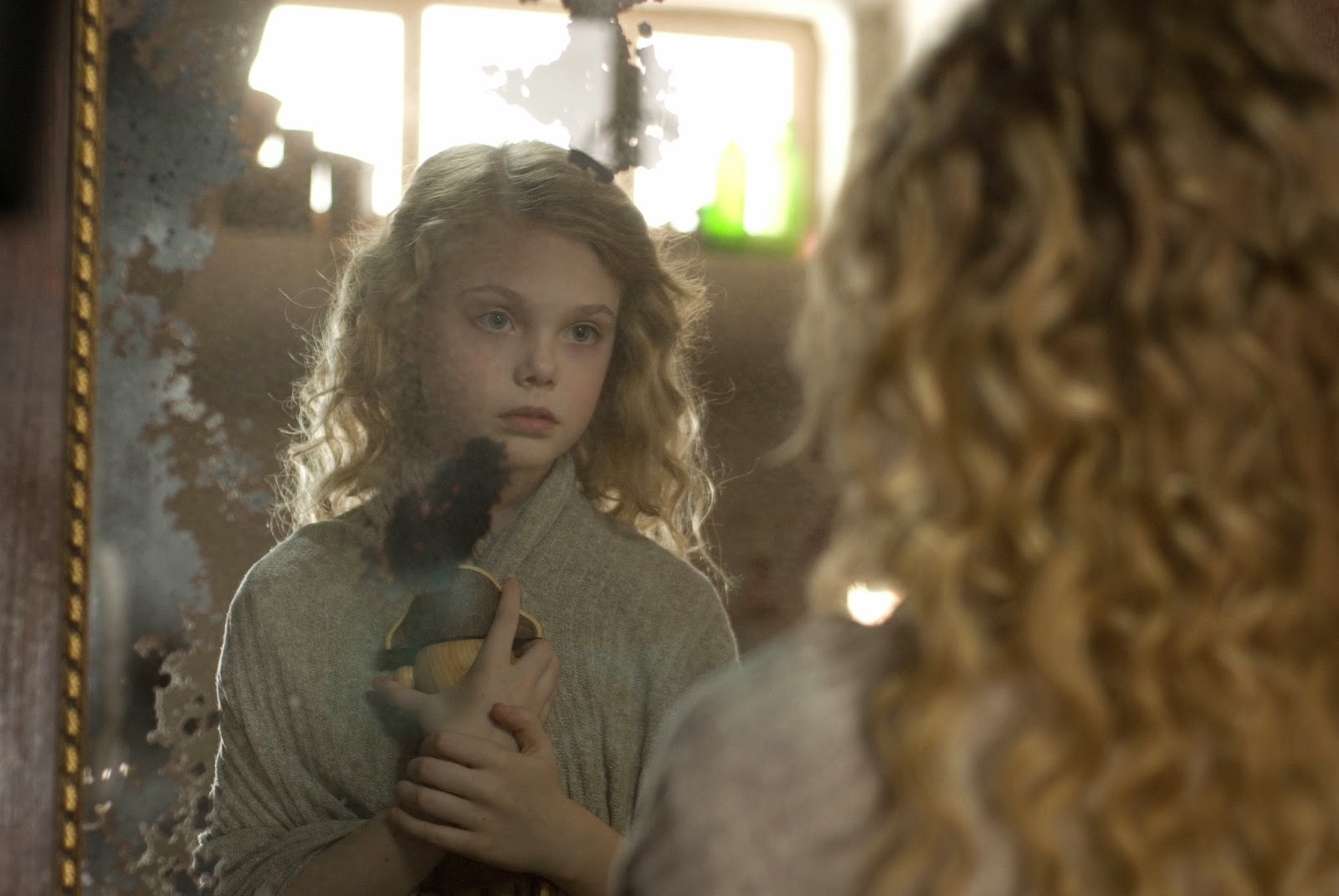 My second criticism is the one thing that made the movie almost unbearable to watch: The Nutcracker's voice. OH MY GOD, who the hell was it, who during the casting said: "I want the voice of the Nutcracker to be a 40 year old woman. ... - But he is a boy-- NOPE, 40 year old woman! And make her do a silly little boy's voice. - But we already cast a boy to play the Prince, couldn't he be the voice? - NO, 40 year old woman! It is the next logical step!" And I know we have that many times with cartoon voices, you don't have to debate me, what I don't get is that they had actually cast a real boy to play him, so why the need to change its voice??! 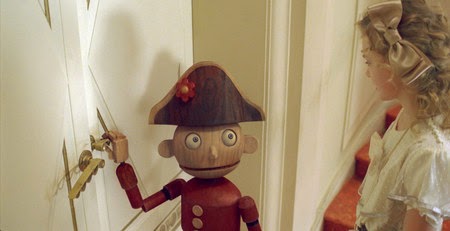 When I am sitting through a movie where I can't stand the voice of the main character - that character being a doll - and praying for him to turn human to make the scenes bearable, than you have clearly gone wrong somewhere... And you know what is hilarious? I looked at comments online and nobody complained about that! The movie had great featurs: there is a CGI monkey that looks better than the Dawn of Planet of The Apes movies, and such magical sets and the make-up? Oh my, really, really beautiful! And I don't get the rating when nobody complained about the one thing that really really was very very annoying!

To enjoy this movie, let go of every comment you heard and every previous adaptation. Trust me! Let Mary take you onto a journey with her and you won't be disappointed!

Watch it? I'm sure you'll like it, I wouldn't consider taking into consideration the rating on this one because it is a great Christmas story. I've have seen dumber and dumber Christmas specials that got better ratings, and more horrible renditions of this very story, so really, check it out and judge for yourself!